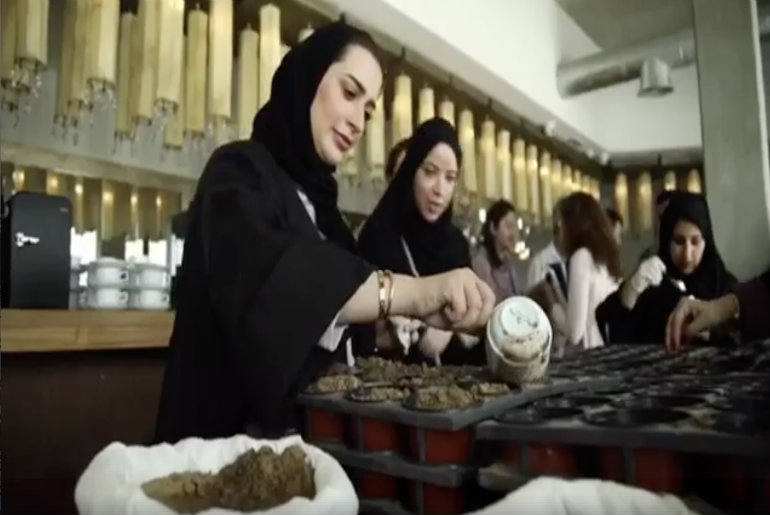 Volunteers did not just break the world record but created a whole new one much higher than the previous one. Now that’s what you call over-achieving!

A group of 100 volunteers in Dubai created a new Guinness World Record title, ‘Largest number of seeds separately potted in one hour by a team of not more than 100 people’. The new record holding volunteers from Procter and Gamble, Carrefour, Goumbook and DP World, prepared for over two months. The challenge was to pot up 20,000 ghaf seeds in one hour in individual pots. But the determined volunteers did not just break the world record but created a whole new one by potting 20,600 seeds. A total of 15 rows of tables with six volunteers on each table took up the challenge. The ghaf tree is the UAE national tree and currently an endangered species. It is used for many things including medicine, shelter and food by the Bedouins & does not need much water to live.

Also Read: First Ever FREE Yoga In A Cave At This Place In Dubai