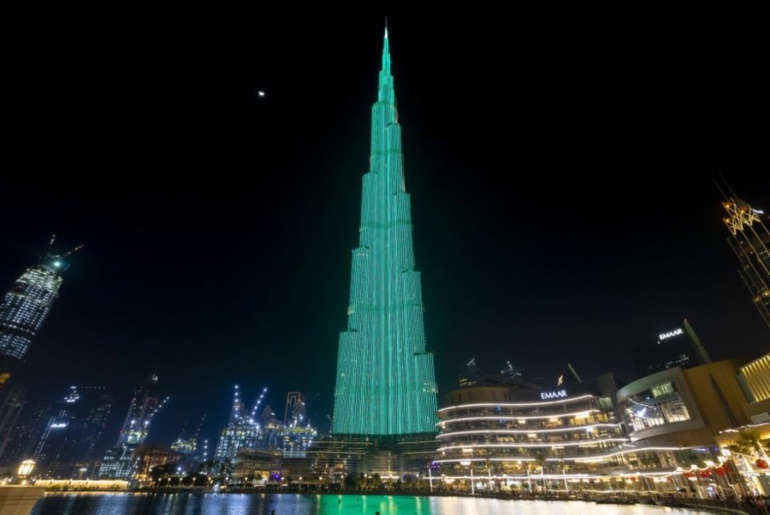 It’s St Patrick’s Day and guess how UAE’s celebrating! The World’s tallest building, the Burj Khalifa turned green, to mark the special day. All the 163 floors of Burj Khalifa were lit up in bright green laser light, signifying the ever-green relationship between the two nations. 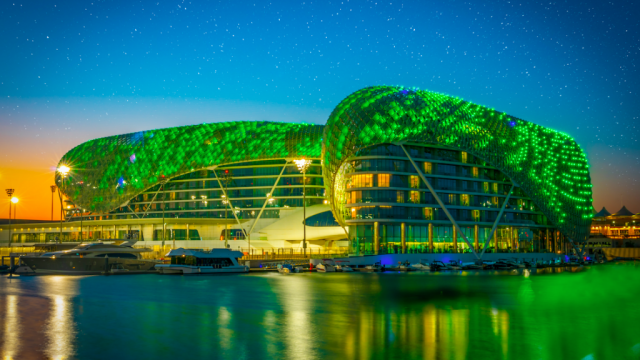 The Global Greening initiative by Tourism Ireland started in 2010 and this year, Dubai’s Burj Khalifa turned out to be show stopper.

Apart from Burj, other landmarks in Dubai including the Cayan Tower, Nation Towers and Intercontinental Abu Dhabi, Burj Al Arab, Dubai Creek Golf and Yacht Club, and Dubai Duty-Free Tennis Stadium were also part of the Global Greening this year. 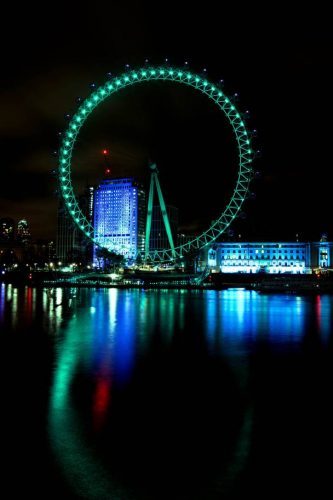 And that’s not all! Other famous landmarks in the world including Sydney’s Opera house, London Eye and the Empire State building in New York are also taking part in the go-green initiative. Aidan Cronin, Ireland’s ambassador to the UAE. said: “We are delighted to welcome additional significant landmarks this year – especially the world’s tallest building, the Burj Khalifa.”

In case you didn’t know, Burj Khalifa is now home to the world’s largest lounge. So, whether you want to enjoy high tea, let your hair down as the sun sets or get dreamy under the stars, The Lounge at Burj Khalifa is just perfect! The Lounge is seated on the 152nd floor and is clearly not for those who fear heights.