From LA To Dubai! Dave’s Hot Chicken Is Now Open In JBR 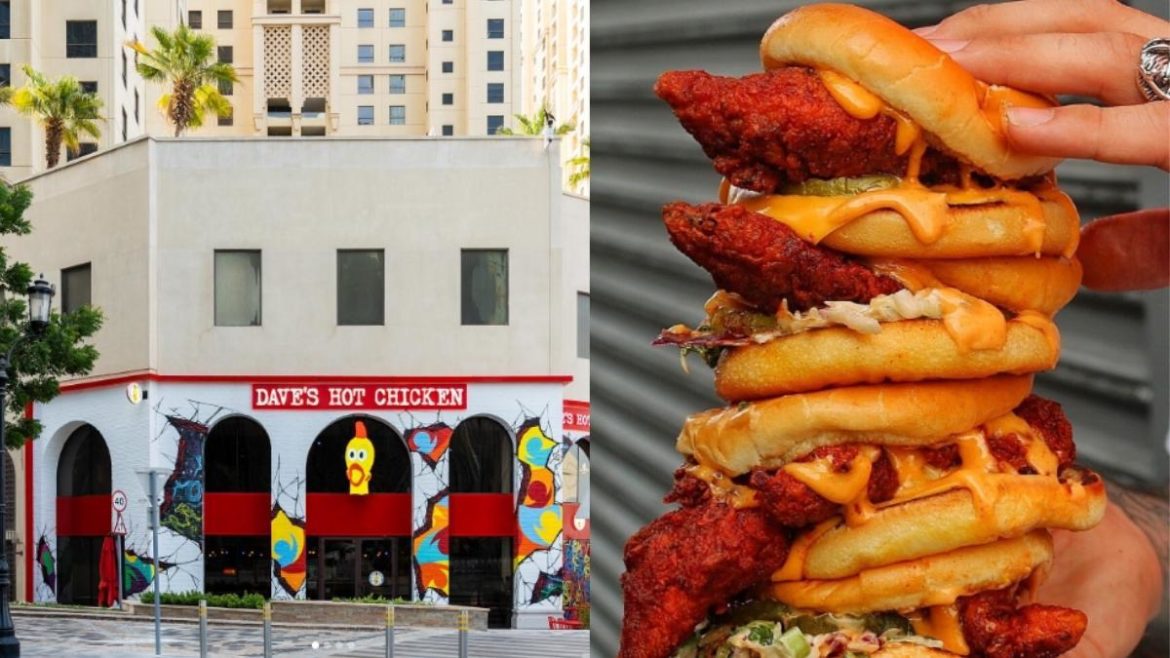 We’re interested to see how Dave’s Hot Chicken does in Dubai, given the popularity of the Saudi fried chicken brand Al Baik. Well, the chicken must have something that it came all the way from LA to Dubai! Today, the first outlet of Dave’s Hot Chicken opens in Dubai. So, let’s check out more deets.

Dave’s Hot Chicken has launched its first outlet in Dubai at Jumeirah Beach Residence (JBR). Drake is a significant investor in the widely successful culinary company run by Armenians. Thomas Werner, the Chairman of the Boston Red Sox, is another considerable investor in addition to Samuel L. Jackson.

How does it taste, then? Seven different spice levels are available, including No Spice, Lite Mild, Mild, Medium, Spicy, Extra Hot, and Reaper. The restaurant specialises in hot chicken tenders and sliders. Furthermore, you must first sign a waiver before using the Reaper, no joke!

Hot Combo Deals Are Waiting For You

Carolina Reaper Chilli was the hottest pepper in the world in 2013, according to the Guinness Book of World Records. Dave’s sauce is the only one available, along with honey, which is the sweetest and best accompaniment to fried chicken. They also offer different sides, including crispy fries or cheese fries, mac & cheese and house-made kale slaw.

Orders come on sliced bread with pickles and slaw, while sliders come on potato buns and slaw. Combo deals at the outlet start at around Dhs52. The hot chicken company with a Nashville flair will soon launch a second outlet in Dubai at Motor City.

So, what are you waiting for? Run and grab these hot and sizzling combo deals at Dave’s Hot Chicken, Dubai. See you all there!