Get Up & Close With The Man Who Built An Entire Forest 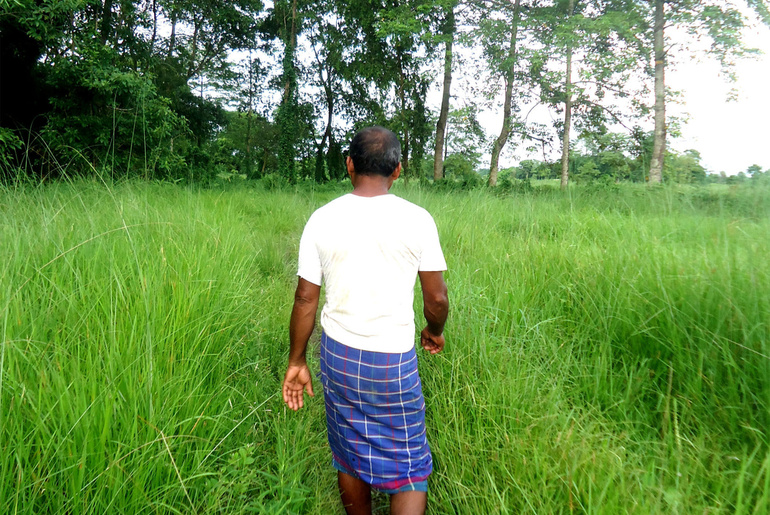 Jadav Payeng, the man behind the greatest creation ever, took 40 years to raise a 550-hectare forest which is now home to Rhinos, Elephants & even Tigers. The forest is situated near the Kokilamukh of Jhorhat in Assam.

Jadav Payeng, a Padma Shree Awardee has spent nearly 40 of his 55 years planting and sowing trees that have now grown into an Ecosystem in itself in the North Eastern state, Assam.

It all started way back in 1979 when Payeng was just 16 then. After noticing deaths of large reptiles due to the lack of tree cover, it changed his perception and decided to thrive for his purpose to start planting Bamboo in an area washed away by floods. Today, that same land is known as the Molai Forest which has become a habitat for an entire food chain of creatures from deer to vultures, elephants to Rhinos. The forest is located near Kokilamukh of Jorhat, Assam. The forest is now home to Bengal Tigers, Indian Rhinoceros, over 100 deer and rabbits besides apes and several varieties of birds, including a huge number of vultures. The island was threatened by erosion and now Bamboo trees cover an area of 300 hectares. A herd of around 100 elephants regularly visit the forest every year. Jadav Payeng was honoured with Padma Shri in 2015, the fourth highest civilian award in India. He is now known as the ‘Forest Man‘ who single-handedly built an entire forest on a 550-hectare sandbar in the middle of Brahmaputra. Payeng has put his heart and soul into building what nobody could, all by himself. He had no help from other as no one was seemed to be interested, he watered the plants morning and evening and pruned them. He even transported red ants from his village as it would help in building the soil properties, and at the time he would even get stung badly by the red ants.

Also read: Forest Hills, Tala: In A Forest Close To The Tala Caves Soon, there was a flourish of flora and fauna which helped in creating an ecosystem of its own, Migratory birds too were seen flocking in. The Assam Forest department learned about Payeng’s forest in 2008 and were surprised to find such a dense forest.

Today, Payeng tells everyone about nature conservation and how planting trees can help preserve the planet and how educating children to save the Earth is important.

From Contactless Check-In To Digital Menu, These Technologies...

These Luxury Hotels In India Are Offering Free...

From Contactless Check-In To Digital Menu,...