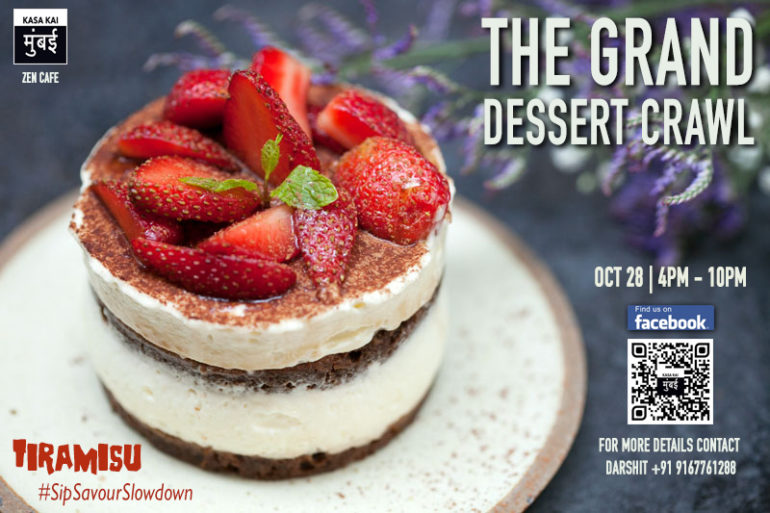 Spread across 7 restaurants in Mumbai city, The Grand Dessert Crawl will be serving unique and innovative desserts on 28th October. Pre-book online or purchase the coupons at Hoppipola (that’s the first station) for ₹777 for all the desserts. It’s a perfect opportunity for you to satisfy your sweet tooth and get you going on a sugar high. The event starts at 4 PM up to 10 PM, so make sure you’re coming on time to grab coupons (if you’re planning a walk-in purchase) before the offer runs out.

Also read: Halloween Parties To Watch Out For In Mumbai Now’s the time for the real deal. The Grand Dessert Crawl will be spread across 7 outlets in Lower Parel. You may get an option or two for the desserts at each station. Here’s the trail – Here’s the list of all the desserts you can find at the respective outlets. So grab your chance (and coupons) and get yourself to be a part of this sweet deal!

Also read: 10 Quirkiest Dishes To Try Out In Mumbai

It is advisable that you pre-book your coupons for The Grand Dessert Crawl because there are only a limited number of coupons available for this event.

You can book coupons here