Gujarat To Get India’s First Seaplane Service From Oct 31; To Fly Over Sabarmati River The next time you visit Gujarat be sure to fly over Sabarmati river on India’s first seaplane service. The Gujarat state government announced the launch of a seaplane service to provide air connectivity from Ahmedabad’s Sabarmati Riverfront to Statue of Unity in Kevadia. This first-of-its-kind seaplane service in India shall start from October 31, commemorating the birth anniversary of Sardar Vallabhbhai Patel. A high-level meeting took place on August 29 to review the progress of the water aerodrome operation in Gujarat.

The state of Gujarat will soon launch India’s first seaplane service flying over Sabarmati river on October 31. They will launch it on this date to mark the birth anniversary of Sardar Vallabhbhai Patel. The inaugural flight shall take off from Sabarmati Riverfront in Ahmedabad to the Statue of Unity in Kevadia. Private airline Spicejet will operate this seaplane. 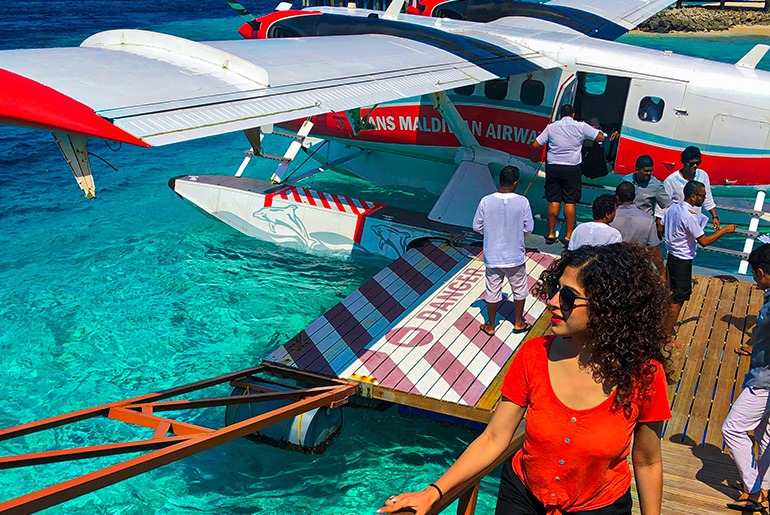 Seaplane in the Maldives

The Gujarat government signed a memorandum of understanding (MoU) with the Union Ministry of Civil Aviation (MoCA), and Airports Authority of India on July 22. They did this to start the “first-ever seaplane services in Gujarat to provide seamless and affordable air connectivity from Sabarmati Riverfront, Ahmedabad to the Statue of Unity, Kevadia. The kind of service is first ever in the country.” The release stated that there will be 4 flights a day (4 arrival and 4 departures). 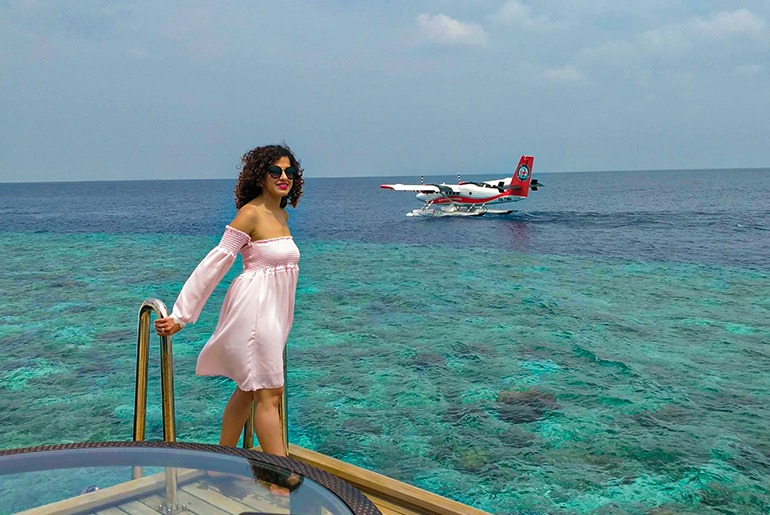 Seaplane in the Maldives

Also Read: Statue Of Unity Makes Its Way To The List Of 8 Wonders Of SCO

Ticket Price For Seaplane Will Cost ₹4800 Per Person

The ticket price will cost ₹4800 per person.  PM Modi will visit Gujarat around that time to celebrate the birth anniversary of Sardar Patel, as ‘Rashtriya Ekta Divas’. Earlier, PM Modi took a seaplane flight from Sabarmati Riverfront in Ahmedabad to Dharoi in December 2017. 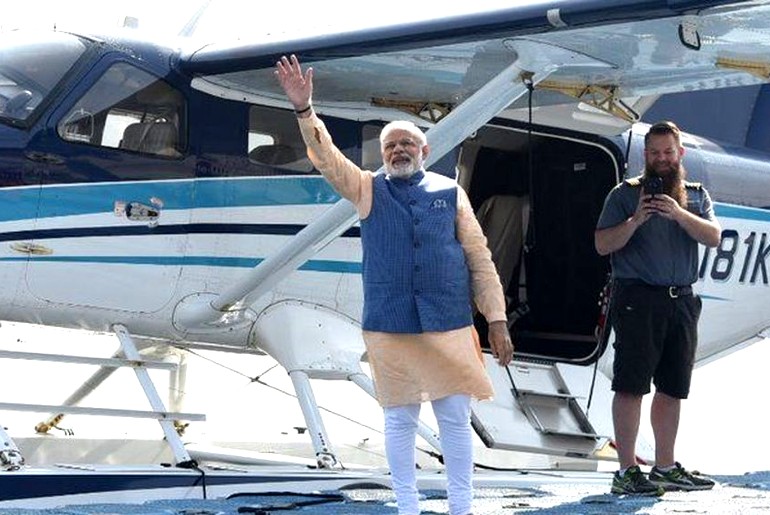