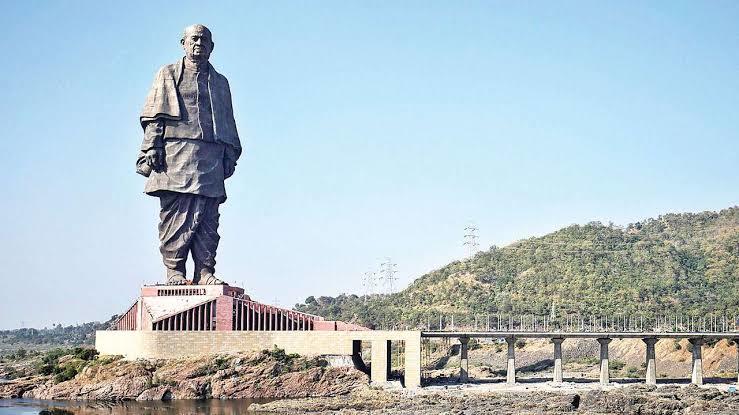 Ever since its initial stages, Gujarat’s Statue of Unity has been in the news. From initial debates over its expenditure to the increase in Gujarat tourism, to even beating the US’ Statue Of Liberty when it comes to daily average footfall, the Statue of Unity has done it all. And now the Statue of Unity has made its way to the list of 8 Wonders of the Shanghai Cooperation Organisation (SCO). You read that right. The 182-metre statue now seems taller with pride as it definitely is one of the 8 wonders of SCO as announced by the Minister of External Affairs S Jaishankar. This announcement was made after Jaishankar’s meeting with Vladimir Norov, the secretary-general of SCO, Vladimir Norov, a transnational group comprising of Kyrgyzstan, Uzbekistan, Pakistan, Kazakhstan, China, Russia, Tajikistan and India. S Jaishankar’s tweet states that he appreciated the SCO’s efforts towards promoting tourists among member states. He further stated that the eight wonders of SCO which includes the Statue of Unity will definitely serve as an inspiration.

Appreciated the #SCO’s efforts to promote tourism among member states. The “8 Wonders of SCO”, which includes the #StatueofUnity , will surely serve as an inspiration. pic.twitter.com/nmTbz6qIFg

The tallest statue in the world, the Statue of Unity was erected in the memory of India’s deputy prime minister and home minister, Sardar Vallabhbhai Patel on his 143rd birth anniversary by Prime Minister Narendra Modi in October 2018. Statue of Unity made it to the list of Times 100 Greatest Places in the World. Did you know There’s Now A Special Train To Visit The Statue Of Unity?

Tourists have flocked from not only from India but across the world to have a glimpse of the world’s tallest statue situated in Gujarat, overlooking the Narmada river. And in the coming months, Sardar Patel Zoological Park will be established near the Statue of Liberty, housing around 43 animal species from across the world like tigers, leopards, giraffes, deers and many more exotic animals. Well, we are really proud that the Statue of Unity has made it to the list of SCO’s eight wonders. And if you haven’t visited Gujarat yet, then this is a really good reason for you. When you’re in Gujarat here are 6 Authentic Gujarati Dishes To Try From Vadodara!