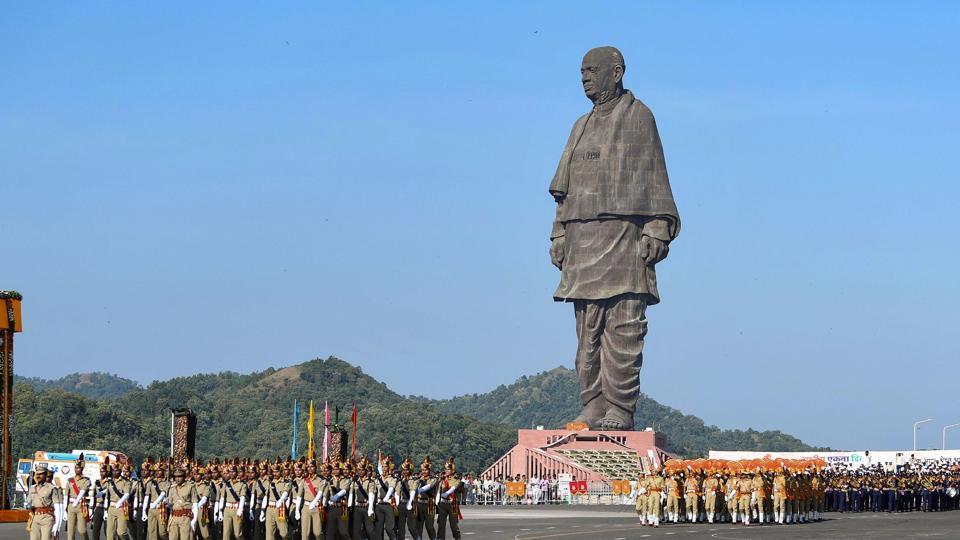 USA’s Statue of Liberty has met its match in India’s Statue of Unity. In less than a year of its unveiling, the Statue of Unity has surpassed the daily average footfall at Statue of Liberty, with an average of 15,000 tourists visiting the iconic monument in Gujarat daily. The statue of Vallabhbhai Patel is the tallest statue in the world, so it’s not surprising that this beautiful monument is gaining a lot of traction from tourists not only from the country but also from abroad. To top it all, the daily average footfall here at the Gujarat monument surpassing the Statue of Liberty is definitely a reason to gloat with pride. 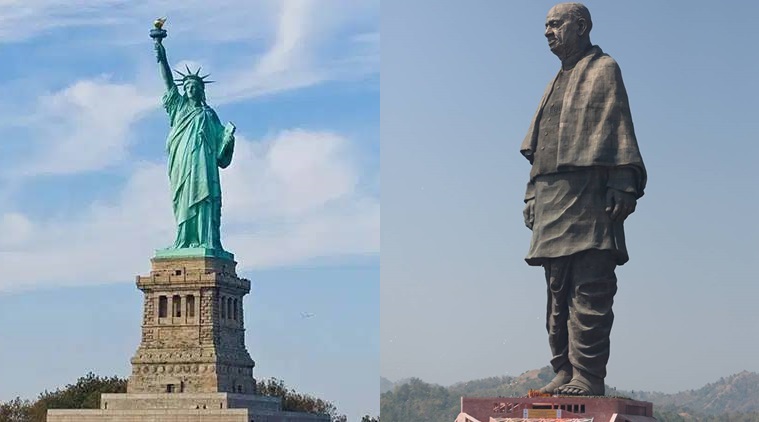 The daily average footfall of Statue of Unity has increased by a whopping 74% of the first year that is from November 1st 2018 to October 31st 2019. And now the daily average is recorded at 15,036 visitors in the first month of the second year. This number has further increased to 22,430 visitors on weekends. On the other hand the 133-year-old Statue of Liberty of New York, the USA attracts around 10,000 visitors a day, as per the statement by Sardar Sarovar Narmada Nigam Ltd.

Also Read: Gujarat Zoo Near Statue Of Unity To Become Home To Animals From 17 Countries!

The Statue of Unity, the statue of Vallabhbhai Patel, the first home minister of India, is the tallest statue in the world, at a height of 182m. This statue is situated near the Sardar Sarovar Dam on the Narmada river in the state of Gujarat. The man behind the tallest statue in the world is the Indian sculptor, Ram V Sutar. And this was first unveiled by our Prime Minister Narendra Modi on October 31st last year. When it comes to our Prime Minister did you know, Tea Stall Where PM Modi Worked To Be Turned Into A Tourist Spot In Gujarat

Sardar Sarovar Narmada Nigam Ltd credited the rise in the daily average footfall st Statue of Unity to the addition of attractive tourist sites like the children’s nutrition park, jungle safari, butterfly garden, Ekta nursery, river rafting, boating, dino trail and even multiple budget accommodation options near the monument. Sardar Sarovar Narmada Nigam Ltd stated that these additional tourist attractions have led to a sharp increase in the daily footfall during November 2019. It further stated that a total of 30,90,723 tourists have visited Kevadia till 30th November 30 this year. This has generated a total income of ₹85.57 crores. And now with the Sardar Patel Zoological Park opening near the Statue of Unity in the coming years, we know where we will be planning to book our tickets for the holidays.