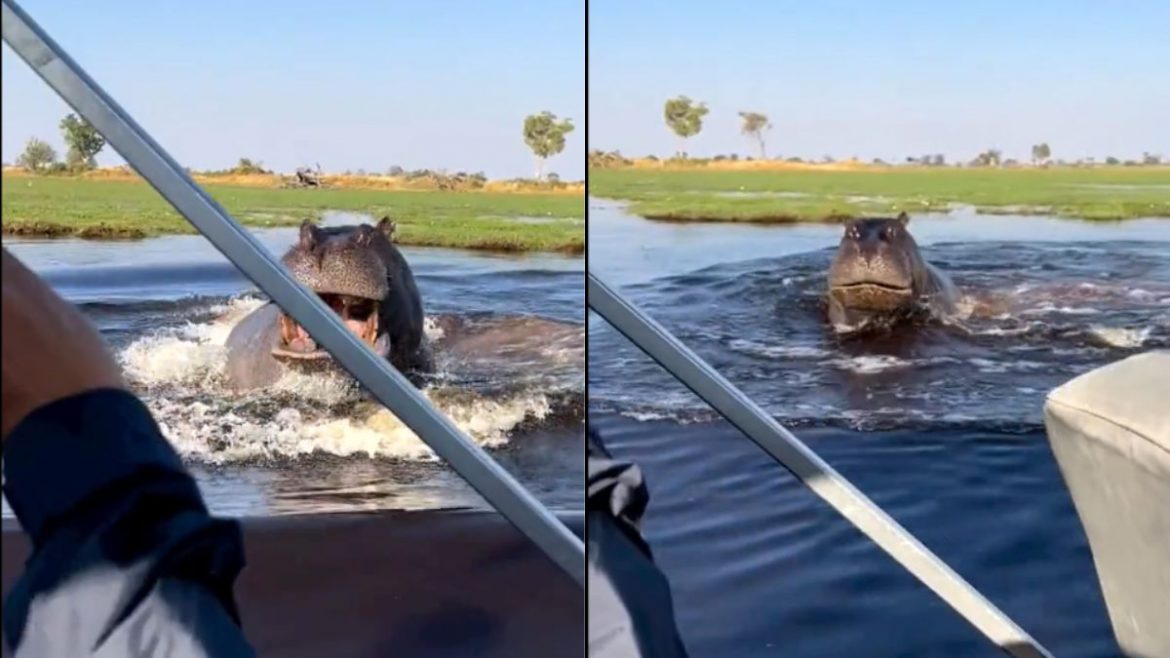 Jungle safaris are on everyone’s must-do list. Watching wild animals in their natural habitat up close is a surreal experience. But what if your one wrong move gets you chased by a zebra or worst case, a cheetah? Well, there weren’t any cheetahs or zebras, however, the tourists were chased by a hippopotamus. Take a look at this safari attack that will doubt your next trip to jungle.

Although accurate numbers are hard to come by, lore has it that hippos kill more people each year than lions, elephants, leopards, buffaloes and rhinos combined. Don’t get close! pic.twitter.com/cc7EbQHs4j

A video posted on Twitter by @30sectips on the 3rd of January showed a speedboat in the lake and a hippo trying to chase it. The tourist was filming near the hippo who was busy enjoying its time in water. Suddenly, as they got near to the animal, it started to open its mouth and tried to attack the people in boat. The video caption read: Hippos kill more tourists than other wild animals combined. Who could think that a cute and semiaquatic mammal could get so violent? They had to run the boat at full speed to get away from it. This incident has left many people thinking twice about a safari trip. Your one wrong move can disturb the habitat and peace of animals, especially the wild ones. They are not habitual to noise or people around them. That is the reason why tour guides expect tourists to be silent on safaris. 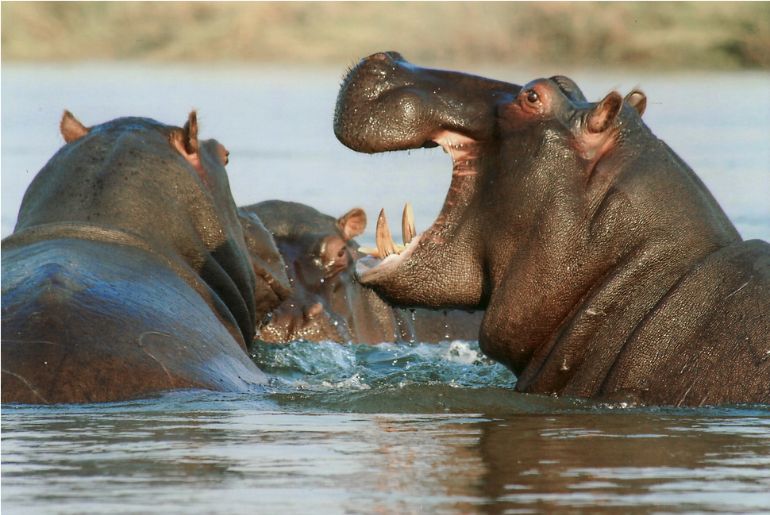 While these people were lucky to get out of there, many couldn’t make it alive. In 2018, a twenty-two-year-old woman got mauled by a lion in South Africa, and later was found dead. Similarly, the former editor of the series Game Of Thrones was attacked by a lion. He also didn’t make it. Not all animals kill tourists, like a gorilla in Rwanda charged at a woman and an elephant in Tanzania charged a billionaire and his guide. However, two tourists in Zambia were trampled to death by a herd of elephants.

Also Read: This Legendary Tigress From Jim Corbett Holds The Record Of Most Number Of Humans Killed By Any Animal

Safety measures are extremely important while you’re on a safari.