I Travelled To Japan, And…
Spiti Valley In Himachal To…
This Waterfall In Brazil Swallows…
Travelling Solo? Here’s How To…

I Travelled To Japan, And Here Are 7 Things One Must Not Do In The Country

Japan- one country that has taught me so much about life. It is one country that will always be close to my heart. Be it the people or the innate Japanese culture, everything about this futuristic country is distinct from other countries. With this, Hi, I am Yogita Chainani! And last year I got a chance to visit my DREAM country, yes you heard that right! Being massively influenced by Animes and Kitkats, Japan was on my list from quite some time. I visited the fascinating city of Tokyo, Kyoto and Nara for 10-days, and it changed my perspective in many ways. Right from meeting the most trustworthy and sweet people in the world to savouring the best Ramen in Tokyo, Japan spoilt me for choices. And like me, if you are planning to visit the magnificent country, then here are seven things that you must not do in Japan. Meanwhile, here’s my perfect budget itinerary for you. 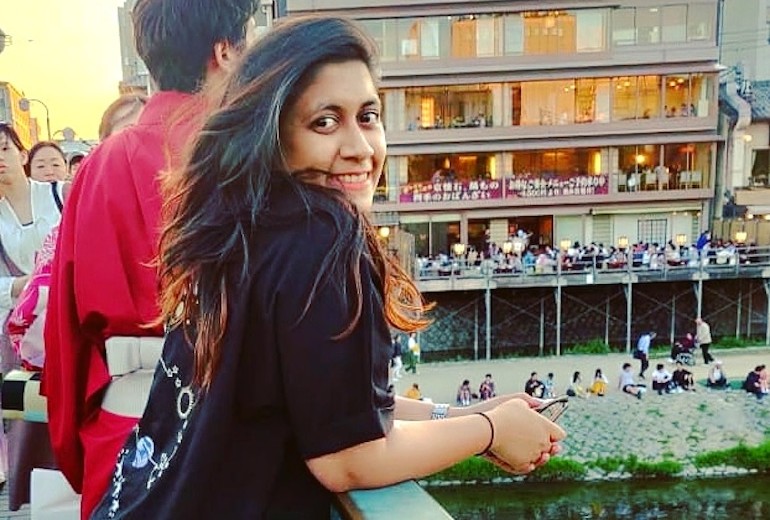 Here Are 7 Things You Must Not Do In Japan

Yes, you heard that right! Japanese citizens look down upon people who try to litter on the streets. They believe that the workers are working hard to keep the country clean, and it’s everyone’s responsibility to do their bit to keep the places tidy. So, avoid eating or drinking anything while walking, stand on the side and finish whatever you have in your hand. If you don’t find dustbins around, kindly keep the trash in your bag. Make sure to follow this, or else, you’ll be called out by locals. 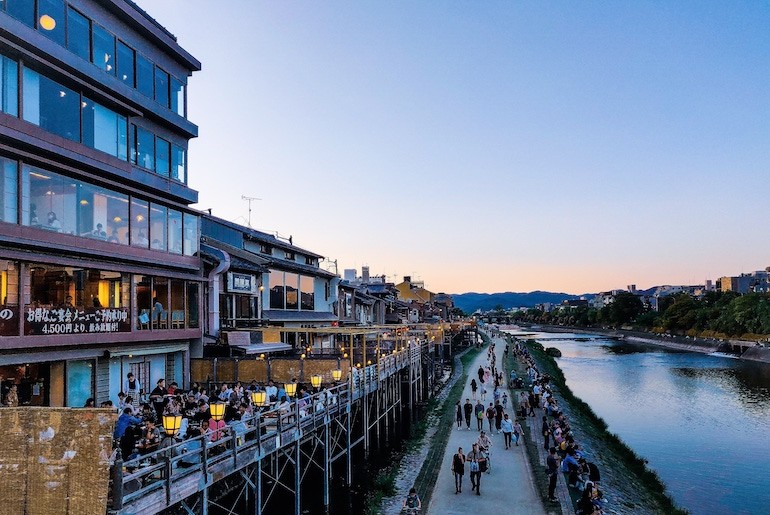 2. Do not talk on the phone while travelling by train or metros

Despite being a means of public transport, people in Japan make sure to follow discipline. So whenever you are travelling using public transport, do not answer your call unless it is super urgent, since it’s not allowed, and people will again ask you to keep it low.

Also read: You & Your Bae Can Now Stay In A Romantic Cabin In Japan With Private Mountain Views For $750 Per Night 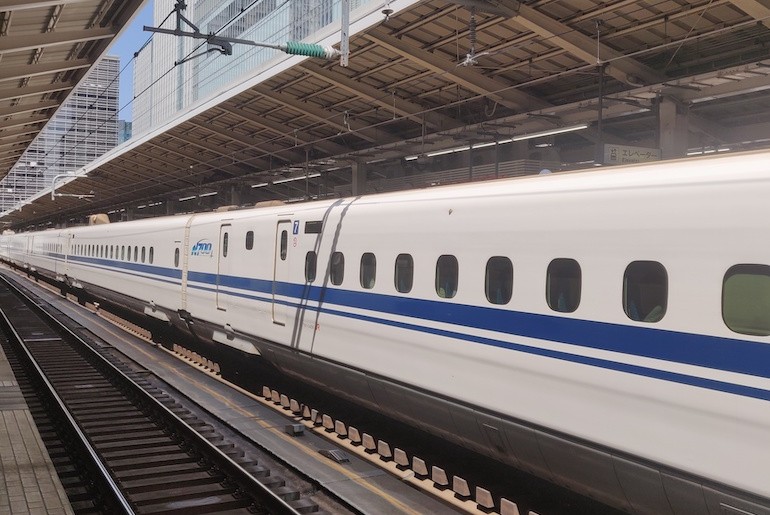 Tipping in Japan is a big NO! Never tip people in Japan, since it does not have a tipping culture. Tipping in the country is considered as an insult since it means that you are trying to compare the service of one waiter to another, which only brings their morale down. Leave a few coins on the table, and the waiter will run after you to return your forgotten change!

Also read: From Houseboats To Chalets: 5 Quirky Airbnb Properties In The UAE 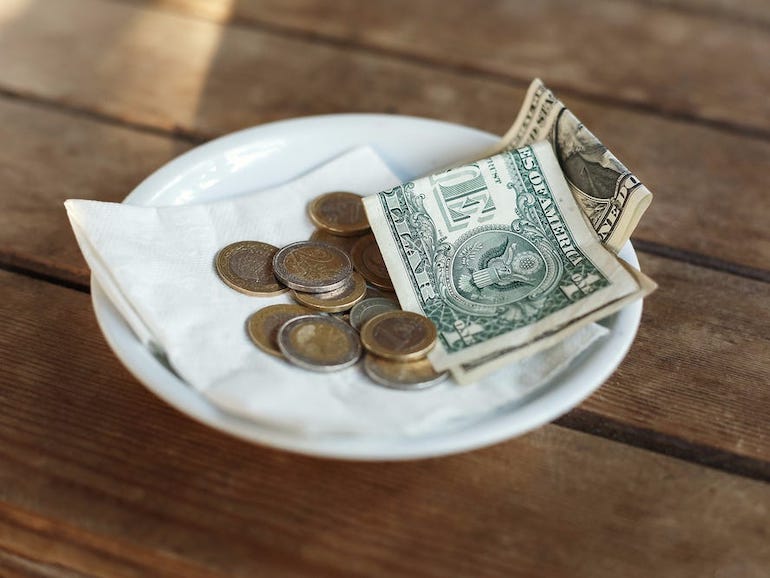 We usually have a habit of pointing towards others, when we talk about them or pointing towards a place while discussing it, however, don’t do this in Japan. Pointing at people or things is considered rude in Japan. It’s also bad manners to use your chopsticks to point at something. 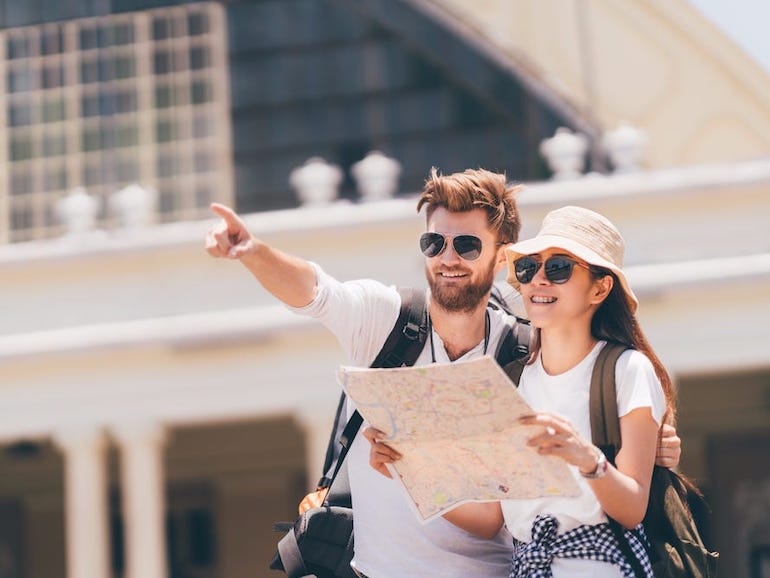 5. Do not give or receive things with one hand

Whether you are giving money in the store or collecting a bill or even a food item, always use both hands. In Japan, both hands are used when giving and receiving things, including small objects like business cards. If you don’t do so, it’s not only considered to be rude, but people will also judge you for that. 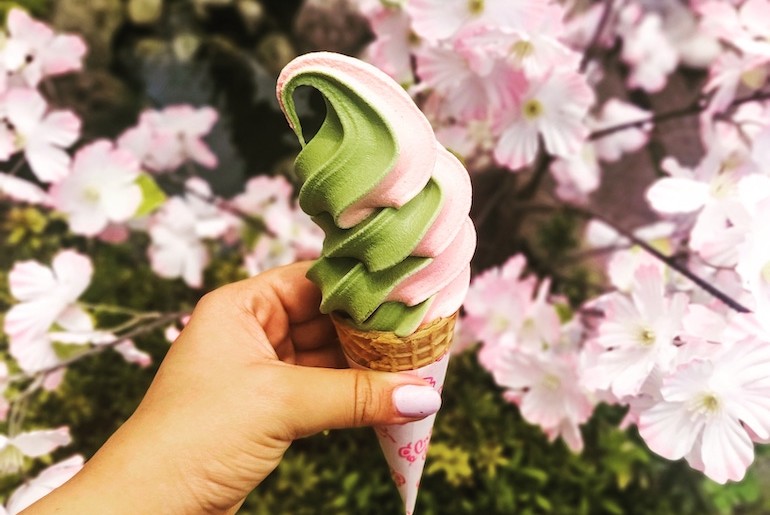 6. Do not click pictures of locals without asking them

Japanese people are sweet, helpful and friendly, if you want to snap them, ask them, they won’t refuse! But if you click their pictures, without their consent, they might get offended if they catch you doing it! They may also yell at you in some cases, so please ask before clicking their pictures. During my travels, I asked everyone to pose for me, and they were kind enough to do that! 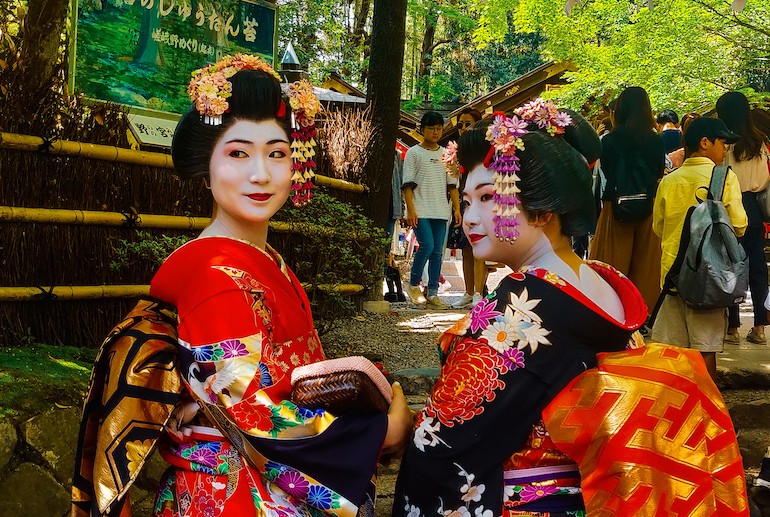 Japanese citizens are very particular about obedience and order. So if you find people standing in a queue at train stations, eateries or even at stores, don’t try to cut them. On platforms at train stations, there are lines on the floor indicating where to stand and wait for your train. When the train arrives, the doors will open in-between the two lateral lines that is formed by waiting passengers, so follow the line, and don’t bustle or push anywhere. 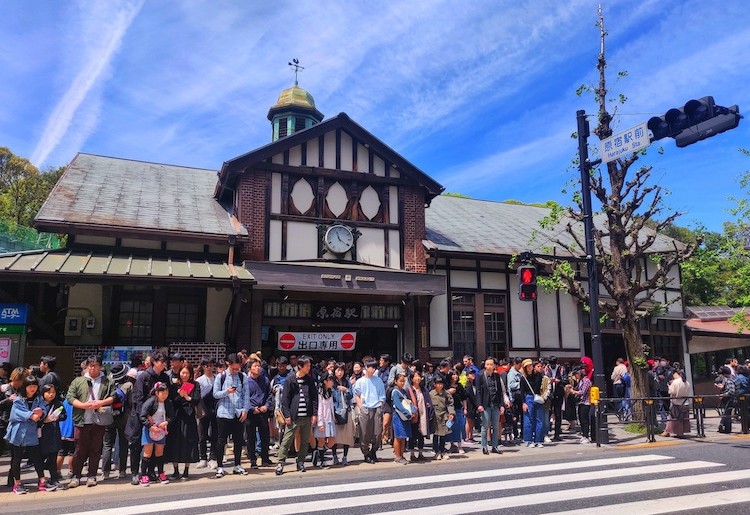 Travelling Solo? Here’s How To Pick The Right...

This Waterfall In Brazil Swallows You Into A...

From Maldives To Nepal, 16 Countries Around The...