In Video: Cristiano Ronaldo Visits…
Goa Has A Hidden Cave…
This Is The Only Resort…
Vizag To Araku Valley Vistadome… 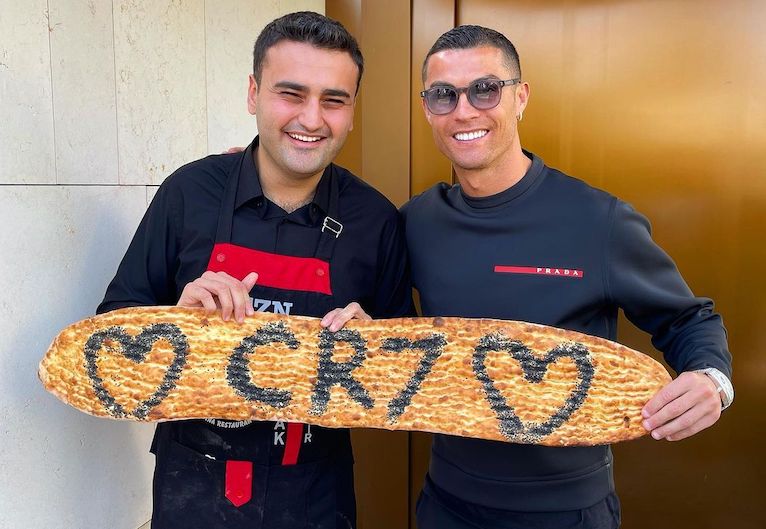 Instagram Chef Burak Ozdemir, better known as CznBurak, has arrived in UAE with a restaurant in Downtown Dubai. The famous Turkish chef, who enjoys more than 18 million followers on Instagram, has opened the first restaurant outside Turkey in Dubai. CznBurak launched his restaurant in the emirate on December 25, and ever since then, it is packed with people and how. Right on the opening, Sheikh Hamdan paid a visit to the restaurant and shared a few stories on social media. And after Sheikh Hamdan, Juventus and Portugal forward, famed for his athletic valour, Cristiano Ronaldo visited the restaurant.

CznBurak Shares A Picture With Cristiano Ronaldo On His Instagram

Cristiano Ronaldo, who is in Dubai, for Dubai International Sports Conference, paid a visit to the restaurant yesterday. His entry surprised CznBurak, and we can see that by his posts on Instagram with the footballer. The legend footballer posed for a picture and a video with him, which went viral in no time.

Also read: Watching Fireworks At Burj Khalifa Will Require Registration, Here’s Everything You Must Know

For Ronaldo, he visits Dubai quite frequently, and this time, he decided to spend Christmas 2020 in Dubai too. He also spent some time working out with Sheikh Hamdan in his fitness centre. Ronaldo also received Globe Soccer Player Of The Century at the event, which was held on Sunday.

Now when it comes to CznBurak, the chef who is known for his big flavours and portions has a massive fan following in the UAE. Dubai has been loving him and how. Right from the day of the launch, his restaurant is full of residents. He is clocking pictures with them and posting stories too.

Dubai diners are already familiar with Salt Bae, and now they have yet another celebrity chef ready to swoon them with some lip-smacking dishes. And with all that, we can’t wait to check out this restaurant soon.