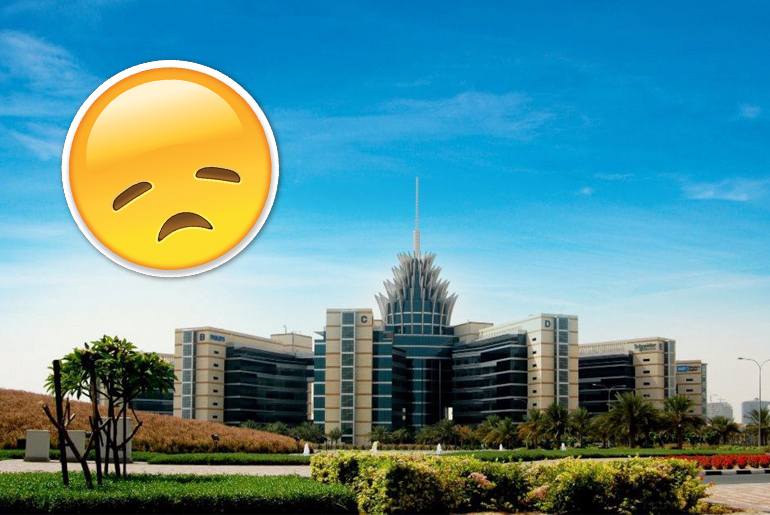 A recent Facebook post triggered much rage among the residents of Dubai Silicon Oasis. The post, about cat menace in the community had inappropriate words, which upset residents.

Recently the residents of Dubai Silicon Oasis raised voices against a menace that prevailed in the community. If you’ve noticed, DSO is one of the areas in Dubai where pets are permitted. However, a recent post on the Dubai Silicon Oasis Authority Facebook page created much havoc and confusion among residents.

The post read that due to repeated disturbances, a number of cats in the area were ‘culled’, a few returned to their owners safely and a other were handed over to the Dubai Municipality’s vet section. In no time the post resulted in a collective uproar due to the inappropriate usage of the term ‘culled’. 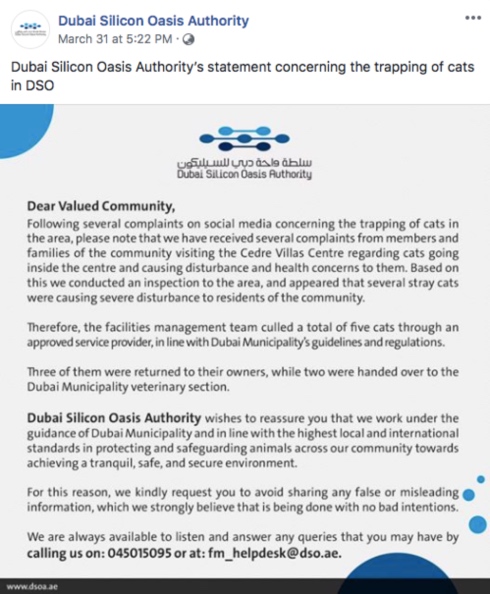 According to the post, there was repeated disturbance due to cats in the area, following which five cats were ‘culled’ as per rules and regulations from the Municipality. Three cats safely returned to their owners while two others were handed over to the Municipality’s vert section.

The community was upset over the usage of the word ‘culled’ and that resulting in an out-pour of messages and serious retractions. Appreciating the unity of the community, the authority immediately issued a clarification. Apologizing for the usage of the inappropriate word, he clarified that five cats from the Cedre Villas Community Centre, were ‘captured’ and not ‘culled’ as wrongly mentioned.