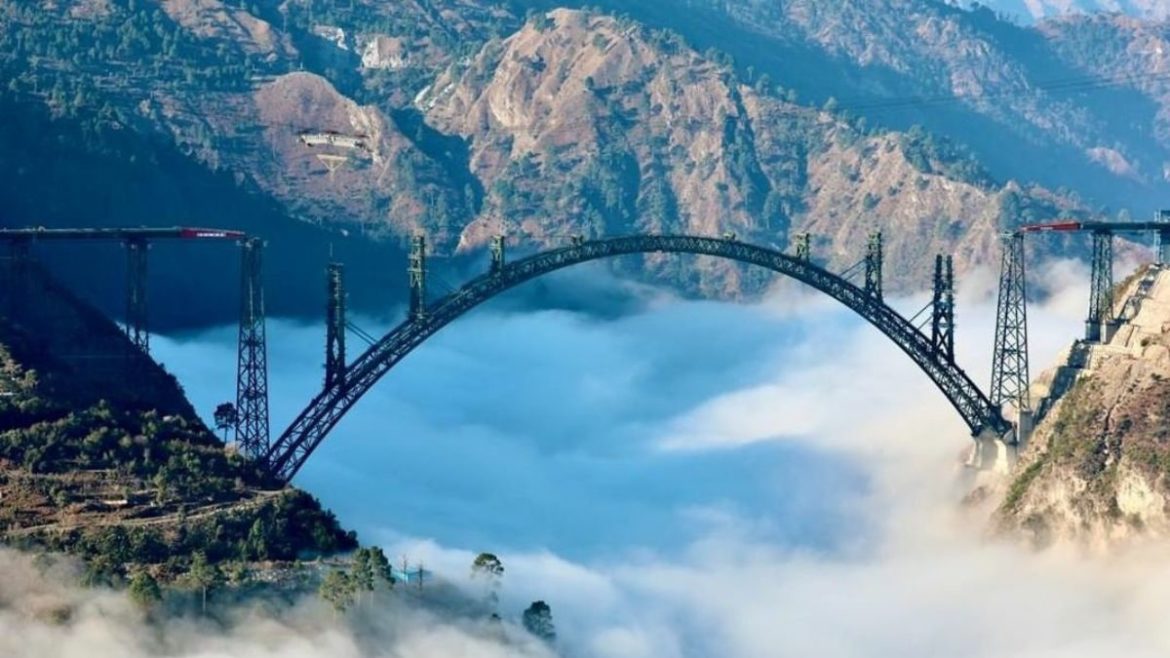 Indian railways are going to accomplish a huge milestone very soon by completing the construction of the highest railway bridge in the world in Jammu and Kashmir. The big day of the completion of the project of the Chenab railway bridge is already knocking on the door and it will be a sight to behold to witness the overarching marvel over the Chenab river. It is going to be such an amazing accomplishment for Indian railways.

Indian Railways Will Soon Complete The Building Of The World’s Highest Railway Bridge In Jammu & Kashmir!

It is always a delight to see such marvellous establishments in our country. And with the inauguration of this bridge in the upcoming future, everything is going to be grand. The construction of the ‘Anji Khad Bridge’ in the Kauri village of Reasi in Jammu and Kashmir is almost nearing the end. A very interesting fact about the complete bridge is that it is going to be 35 metre higher than the iconic Eiffel Tower in Paris. Indian Railways is working on this remarkable 1.315 km long bridge. Northern Railways and Konkan Railway Corporation Limited worked in deciding the design of the engineering milestone.

Infrastructural Marvel in Making: Indian Railways is well on track to achieve another engineering milestone with the steel arch of Chenab bridge reaching at closure position.

It is all set to be the world’s highest Railway bridge 🌉 pic.twitter.com/yWS2v6exiP

It Is A Massive Construction!

This cable-stayed bridge is getting constructed at a height of 359 metre. It will fall on the Udhampur-Srinagar-Baramulla Rail Link section in Jammu & Kashmir and will connect Katra and Reasi district. This project is undoubtedly one of the most challenging and humongous projects of the Indian railways recently. It is India’s first ever cable-stayed bridge for Indian railways. In fact, it made its name for being the world’s 7th largest arching bridge without any pillars of support. Though, it has support only on both sides of the river.

Standing at 359m above river bed level, it is 35 meters higher than the iconic #Eiffel Tower in #Paris!@anandmahindra @ErikSolheim#ChenabBridge
#JammuAndKashmir pic.twitter.com/3be4awnAJW