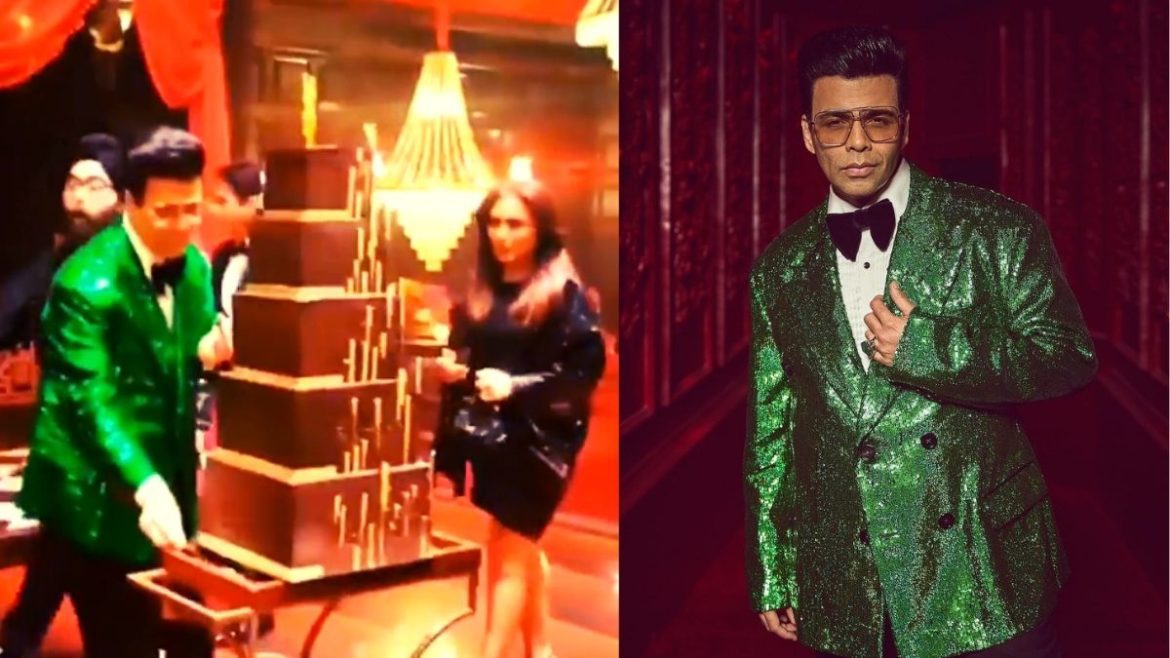 Karan Johar’s 50th birthday party was nothing less than a festival with all Bollywood stars under one roof. The entire Bollywood fraternity gathered for his glamourous birthday party that he celebrated with great pomp and show. Other than the stars and Karan Johar’s neon green bling tux, what caught our attention was his grand, tall and chocolate-coloured five-tiered birthday cake.

Karan Johar was surrounded by the entire film fraternity. He had his close friends, Rani Mukherjee, Parineeti Chopra during the cake cutting ceremony. To name a few celebrities who joined the celebration were Aishwarya Rai Bachchan, Kareena Kapoor, Katrina Kaif, Malaika Arora, and Salman Khan. Priety Zinta and Rashmika Mandanna were also present at the party.

Gauri Khan, on the eve of Karan Johar’s birthday, shared a cute video of Karan and a few of his closest friends having a cake cutting ceremony. The event had Farah Khan, Maheep Kapoor, Manish Malhotra and more guests who cheered while he cut the three-tiered cake. Gauri captioned the post with, ‘Happy Birthday ❤️. You are truly the One & Only.’

Alia Bhatt also took to social media to jot down a thoughtful birthday message for Karan and shared photographs with Karan from her wedding.

Malaika Arora too, took to Instagram and shared a reel of all their memories together!

Karan’s 50th birthday bash took place at Mumbai’s Yash Raj Studios. He took to social media and shared a long post about his 27 long years with the film industry.