Karnataka Man Cycles For 3…
This 14-Year-Old From Ahmedabad Sells…
Mahabaleshwar Gets A Lush New…
Th8 Palm: Get Miami Vibes…

The compromises parents do for their children can never be measured. A father from Karnataka’s Koppalu village, Anand, cycled to Bengaluru, covering 300 kilometres for 3 days to get life-saving medicines for his 10-year old son. 45-year old Anand is a daily-wage worker and the doctors have advised that his son, suffering from a chronic neurological problem should not miss a single dose of the medicines, or else the treatment plan could be disrupted by years.

Karnataka: A 45-year-old Anand, a resident of Koppalu village in Mysore cycles 300 km to Bengaluru to bring his son's medicine

"I asked for my son's medicines here but couldn't find it. He can't skip medicines even for a day. I went to Bengaluru & it took me 3 days," says Anand pic.twitter.com/nnAUBIBqna

Anand Started His Journey On May 23 With ₹600 In Hand

Anand has been visiting the National Institute of Mental Health and Neuro-Sciences ( NIMHANS), Bengaluru every two months to get tablets free of cost for his son. With the lockdown restrictions in place, Anand was facing many difficulties in reaching Bengaluru in May. When he couldn’t take a train ride, he tried to borrow a motorcycle or a scooter from a friend. But nobody helped, fearing vehicle seizure amid lockdown. Finally, Anand decided to cycle through the Kanakapura route covering over 300 kilometres to bring the medicines. He started his journey on his bicycle on May 23 at 3 AM, with ₹600 in hand. 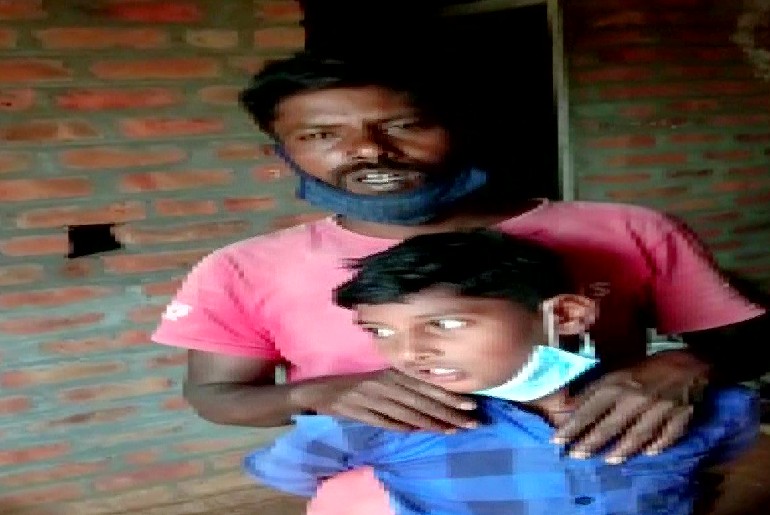 Also Read: 24-Yr Old Cycles All Across India To Feed The Poor Amid COVID Crisis

According to a Times of India report, Anand said, “I collected medicines from NIMHANS early Tuesday. Nurse Suvarnakka helped me a lot in getting the tablets early. A doctor who learnt of my plight gave me  ₹1,000. I set off on my return journey around Tuesday afternoon and reached home on Wednesday evening.” Anand added that he was happy that his son did not miss even a single dose of the medicine. In a recent update, ANI stated, “Karnataka: Youth Congress workers from Bengaluru reached Koppalu village in Mysore and gave medicines & ration to Anand, the man who cycled 300-km to Bengaluru to get medicines for his son.”