Considered to be the mother of all temple festivals in Kerala, the ‘Thrissur Pooram’ has been canceled for the first time since its inception in the 18th century.

This year’s Pooram, which was scheduled to be held on May 2, has been dropped in wake of the extended lockdown and COVID-19 restrictions. 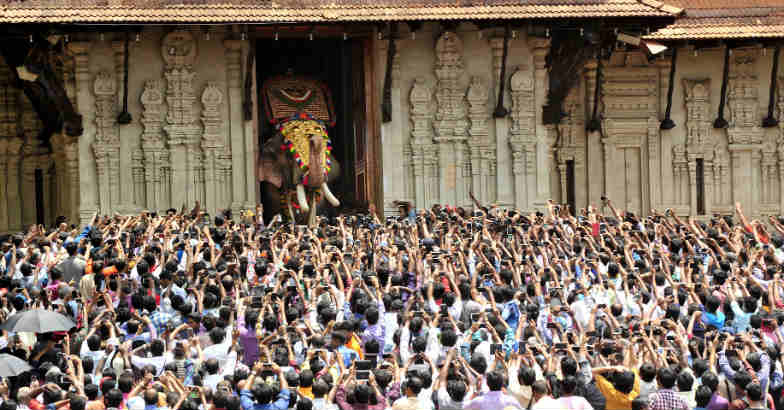 A ministerial-level meeting was held in Thrissur, where representatives of all participating temples unanimously decided to cancel the Pooram. According to Agriculture Minister V.S. Sunil Kumar, it is impossible to conduct the Pooram celebrations by maintaining social distancing and other guidelines of the lockdown. So it has been decided that only the main rituals will be held in respective temples, in the presence of a maximum of five persons. 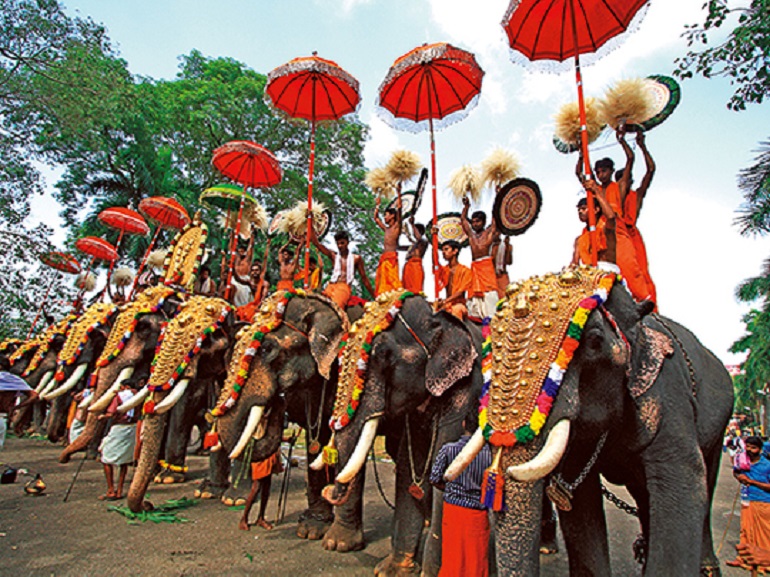 Thrissur Pooram is a 36-hour-long annual festival dating all the way back to the late 18th century. It was started by Sakthan Thampuran, the Maharaja of the erstwhile Kochi state. Each year, it attracts large crowds at the Thekkinkadu grounds.

The festival signifies the meeting of deities of 10 temples. However, today, only Thiruvambadi and Paramekkavu temples participate and organize the main events. The festival is synonymous with a grand display of caparisoned elephants, parasols, and percussion music.

One of the highlights of the festival is the kudamattom ceremony, which involves swift and rhythmic changes of vividly colored parasols.

The ilanjithara melam is another bewitching performance with the traditional instruments of Kerala. Herein, lakhs of spectators wave their hands according to the rhythm generated by these instruments. The finale is marked by a grand fireworks show.

In 1962, the Thrissur Pooram was held with just one elephant and not canceled due to the India-China war. Canceled now for the first time in years, this is indeed some historic times we are living in!