Kerala Has India’s Tallest Shiva Linga That Is 111.2 Ft High! 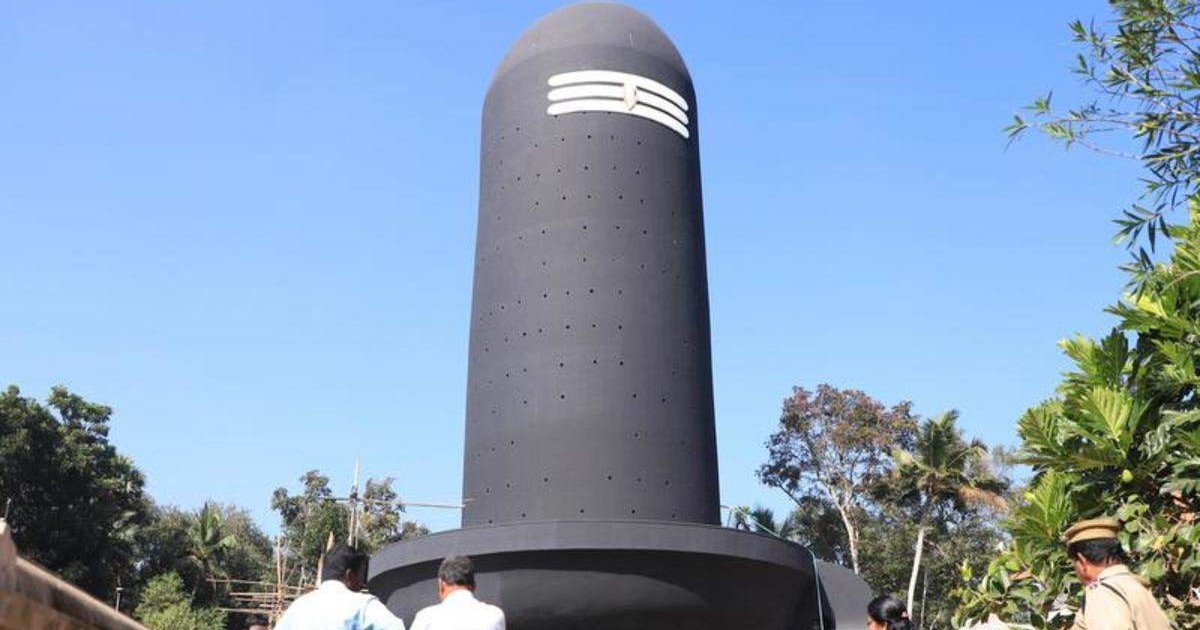 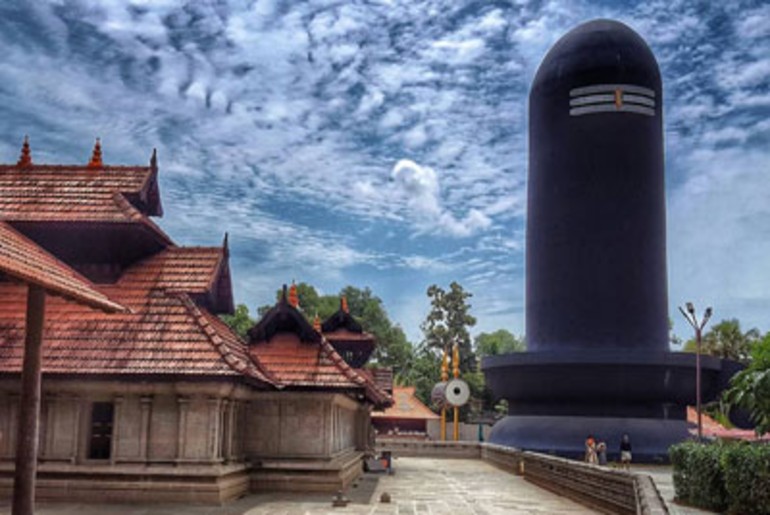 The Temple Is Mentioned The India Book Of Records

Sri Sivaparvathi Temple, which is also known as ‘Dakshina Kailasam’ has entered the India Book of Records for not only its height but also its unique cylindrical structure. This grandest temple has an astounding 111.2 feet height and 50-feet diameter breadth. The construction of India’s tallest Shiva Linga Temple began in 2012 and it took 6 years to fully built it. 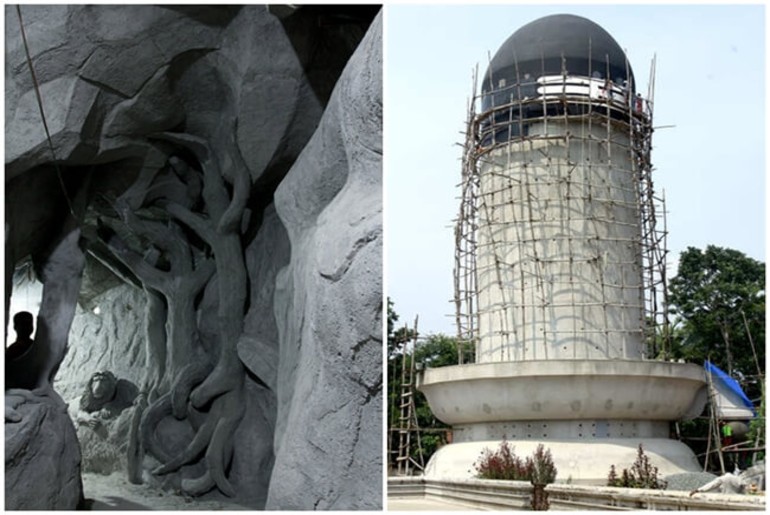 During its construction, water, sand and soil from various holy places like Kashi, Gangotri, Rishikesh, Rameswaram, Badrinath, Gomukh and Kailash across the country were mixed with the construction materials. The 108-feet-high Shiva linga at Kotilingeshwara Temple in Karnataka was the tallest in the country until the Maheswaram Sivaparvathi Temple of Chenkal unveiled the 111.2-ft-high linga. The entire Shiva linga is equal to a 10-storey building in terms of height. The cylindrical structure has eight floors, six of which represent chakras or energy centres of the human body. 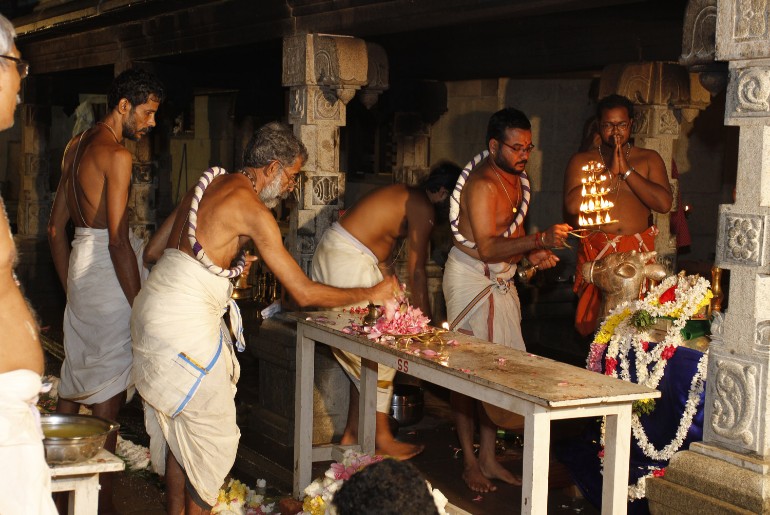 The Shiva linga is neither hollow nor stuffed a piece of sculpture like the erstwhile tallest shiva linga in India. Rather, it is a piece of architecture in the form of cylindrical structure. Pilgrims are able to see a ‘kailasam’, the Himalayan abode of Lord Shiva and Goddess Parvathi with their snow-clad idols from the top of the shiva linga. The inside of the lingam features several marvels. The pathway is adorned with eye-catching murals and statues with 108 shiva linga on the base floor, where devotees can offer ‘abhishekam.’ The passage is designed and constructed in such a way so as to symbolize seven hills of Himalayas.

It is the only temple in the world where devotees can worship 64 Jyothirlingam of Lord Shiva and 32 forms of Lord Ganesha at one place.

India’s tallest Shiva Lingam at Maheswaram Sivaparvathi Temple is expected to become a haven of peace and meditation. The cave-like inside of the linga houses six meditation halls for pilgrims, devotees and tourists to meditate on human body’s energy centers. The topmost floor features a grand lotus with 1000 petals symbolizing ‘sahasrara chakra’ or pure bliss in terms of yoga. 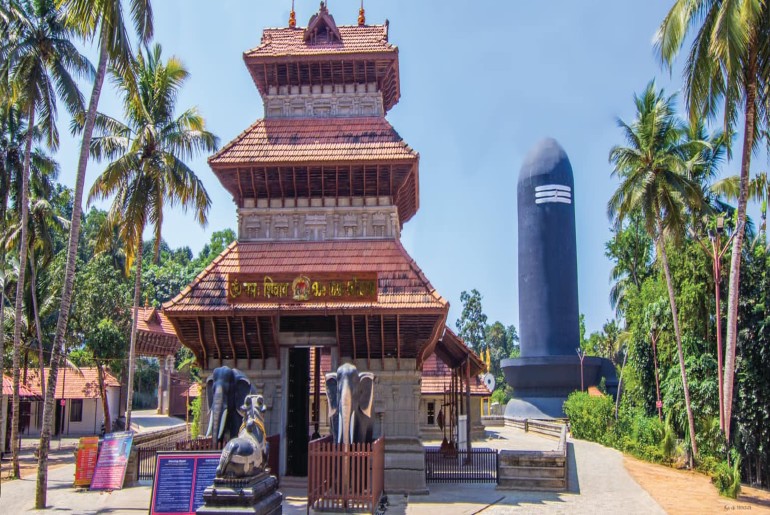 Eclipsing the tallest Shiva Linga temples across India, the Maheswaram Sivaparvathi Temple of Chenkal is also looking to enter the Limca Book of Records and the Guinness Book of Records. Moreover, the temple authorities are planning to approach the central government to confer the status of a national pilgrim center upon the temple where India’s tallest Shiva linga represents spiritual energy preservation.

This tallest Maheswaram Sivaparvathi Temple is just a 45-minute drive from Thiruvananthapuram. Seeing its grandeur and so many astonishing facts, we’ve added it to our must-must visits list. Have you?