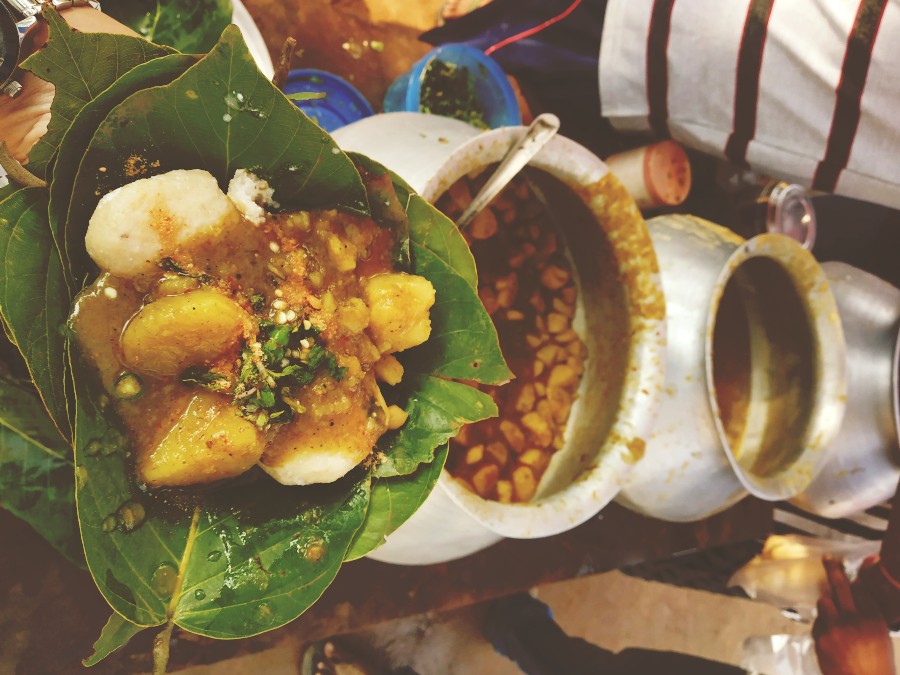 Ruskin Bond starts his book ”Roads to Mussorie” with a whole-hearted appreciation for a good breakfast. He can’t write unless he has eaten to his heart’s content. He’s not alone. Breakfast is the day’s most important meal. And that is why each Indian state has at least one unique breakfast dish. For Odias, the breakfast showstopper is Dahibara Aloo Dum.

Dahibara and Aloo Dum: One dish or two?

All Indians are familiar with Dahi Vada and Aloo Dum. Every Indian state has its own way of making these. But it’s probably Odisha that has made the quirkiest combo of the two. Dahibara—fried lentil balls dipped in a sauce made of yoghurt and juices of tamarind pulp— is both nutritious and delicious. Whereas Aloo Dum, or curried potatoes, is a delight for all spice lovers. Mostly red and fiery, this delicacy is bound to leave you salivating for more. But do they make a good couple? 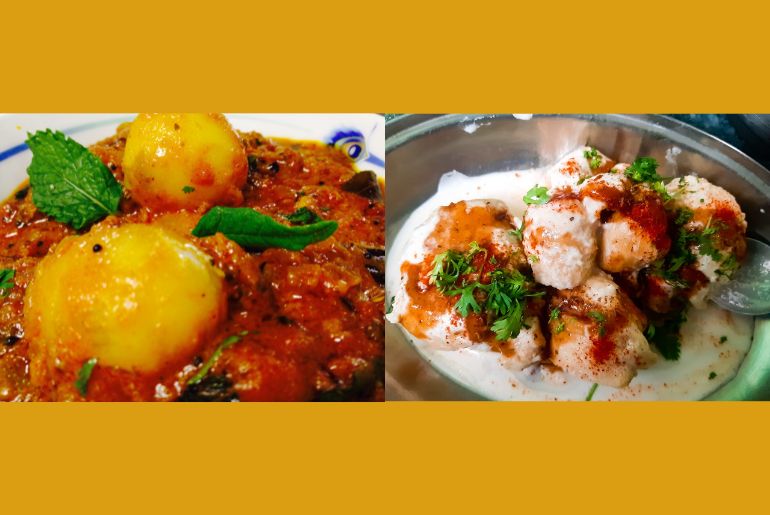 The Latent Charisma of Odia Cuisine

Every regional cuisine of India is packed with century-old wisdom. Odisha, a coastal state with plateaus and Eastern Ghat Mountains, has enormous diversity in its food culture. Since colonial times, Odia cooks have dominated the kitchens of many wealthy homes in Eastern India. Dahibara Aloo Dum, sold in the streets of Cuttack and Bhubaneshwar, upholds the state’s very charismatic food fusion culture. But do we need this coupling?

A hearty and full breakfast brings innumerable health benefits. And this dish has all the ingredients of a full meal. Urad Dal, Tamarind Chutney, Mint leaves, Yoghurt, Potato—from protein to carbs to a superfood like yoghurt—it has it all. 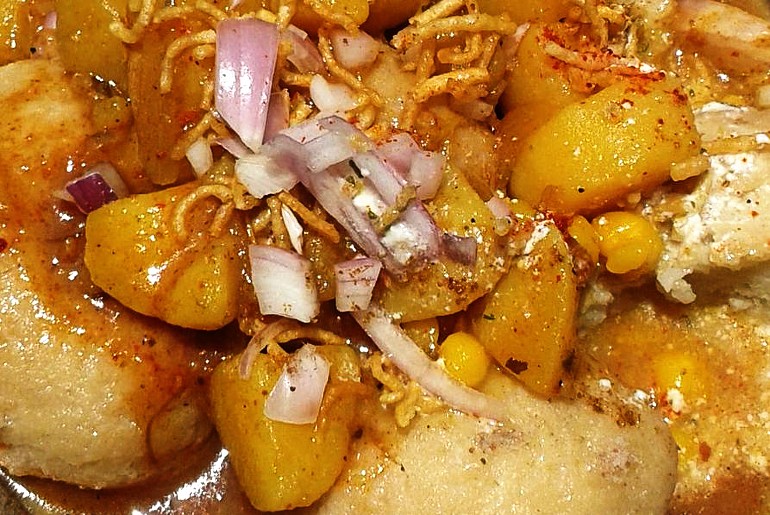 A family of three?

Dahibara Aloo Dum originated in Cuttack. If you ever visit Cuttack, you will see there’s a third entrant to this awesome combo—the ghugni or curried yellow peas. Actually, when it comes to toppings, we are heavily spoilt for choices in the streets of Bhubaneshwar and Cuttack. 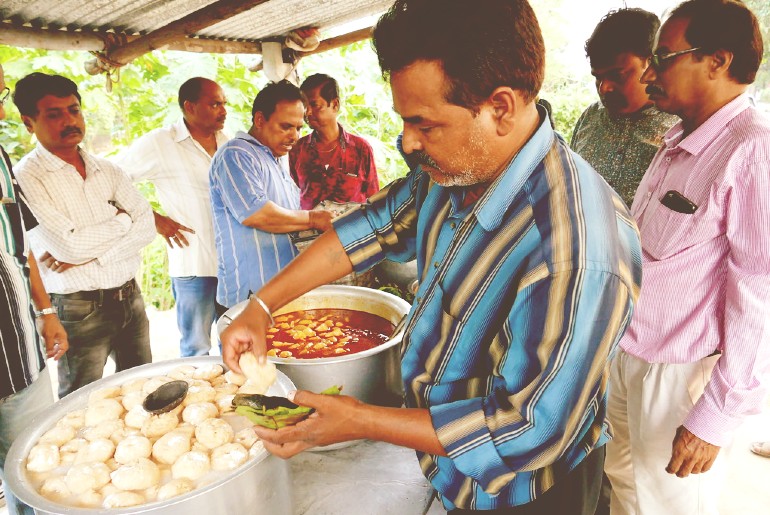 Well, that’s the wonder of street food—it grows uniquely in the hands of every street food vendor. Next time you’re in Odisha, don’t miss having Dahibara Aloo Dum for breakfast.