Kolkata To Have India’s First Tyre Park; Art To Be Created Out Of Waste Tyres

A new, Instaworthy spot is going to come up in the heart of Kolkata soon. A park adorned entirely with artworks derived from scraps and used tyres is being developed in Central Kolkata by the West Bengal Transport Corporation. The unique ‘Tyre Park’ will have a dainty cafe too where folks can sit, relax and enjoy soothing music. Disposal of discarded tyres is a major problem in Kolkata. Converting them to artworks will not only solve the disposal issue but will also aggravate the beauty of the city of joy. Also, the Tyre Park will be the first-of-its-kind in India. Delhi also has a park where the 7 wonders of the world have been carved out of wastes. 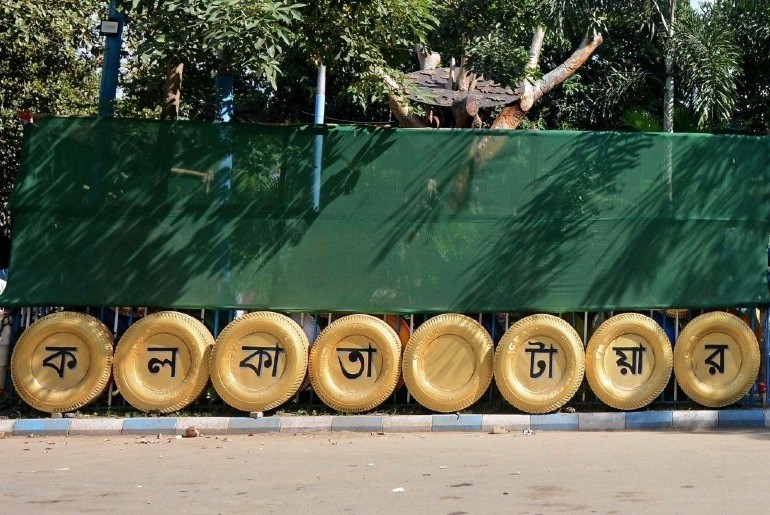 Kolkata is known all across the country for its vibrant culture, rich heritage and lip-smacking food. Art has always been in the blood and vein of Kolkata. From the time before Rabindranath Tagore till today, art has inspired the people of Bengal taking various forms. From stories, poetry and sculptures to handloom, graffiti and more, all things that involve creativity have always stirred the souls of thousands in Kolkata. And now, the all-new Tyre Park at Esplanade will get visitors bowled over all over again. After all, this is one of the most out-of-the-box ways of recycling tyres and putting them to good use. The artists are working day and night now to finish off the mind-boggling artworks. The Tyre Park will also have a small cafe, where people can sit, relax and listen to music. Kolkata also got its first tram library recently that runs between Shyambazar and Esplanade. 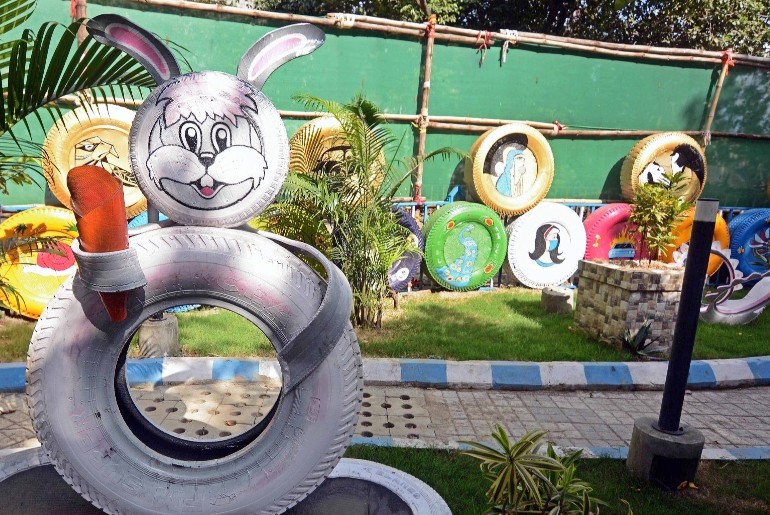 A Tranquil Escape From The Cacophonies

According to an Indian Express report,  an official with the transport corporation said, “The idea behind the park is that waste can be converted into art. Nothing is waste and can be art and that is a message with which a unique Tyre Park is coming up in Kolkata.” Esplanade is one of the most crowded places in the city, due to the presence of many corporate offices and prominent shopping destinations like New Market, Shriram Market and Treasure Island. The place draws shopaholics from far and wide. Rajanvir Singh Kapur, MD, WBTC, has said that the tyre park ‘will be an island of peace in an otherwise very crowded area’. 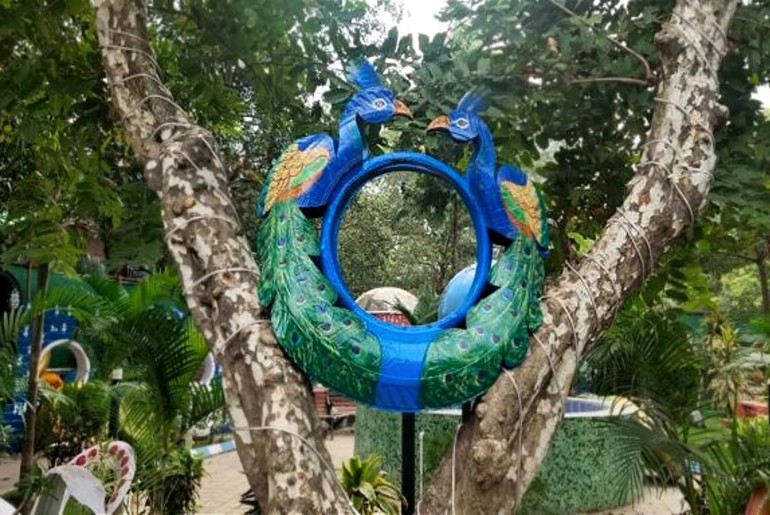 The Tyre Park will definitely be an amazing add-on to the already existing wonders of Kolkata. Meanwhile, here’s a virtual tour of Kolkata from the comfort of your couch: