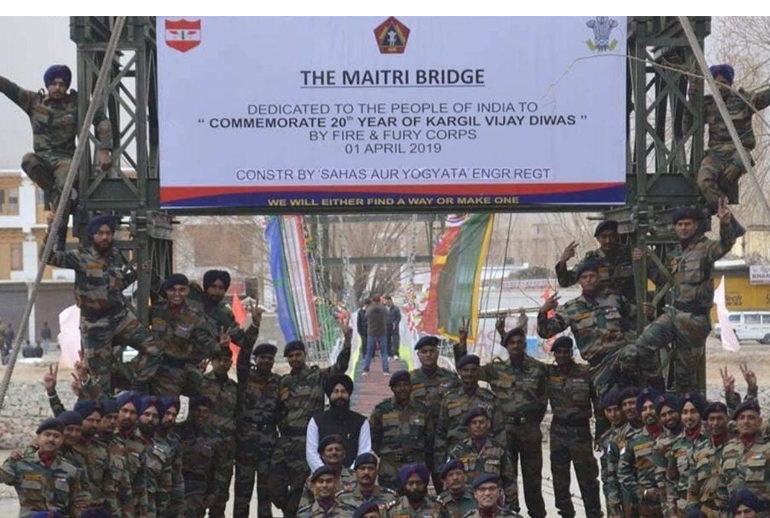 The Indian Army has gone an achieved a humongous and praiseworthy task in Leh!

A massive bridge hangs over the Indus River in Choglamsar Village of Leh. Christened the ‘Maitri Bridge‘, it commemorated the 20th Anniversary of Kargil Vijay Diwas observed on the 1st of April. 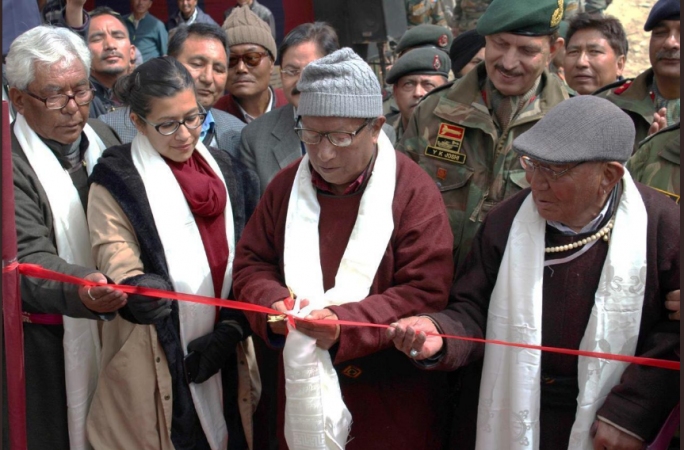 It is dedicated by the Indian Army to all the people of India, inaugurated by war veterans while the construction was undertaken by combat engineers.

The laborious task of construction was achieved in just 40 days by the Fire and Fury Corps in Ladakh. 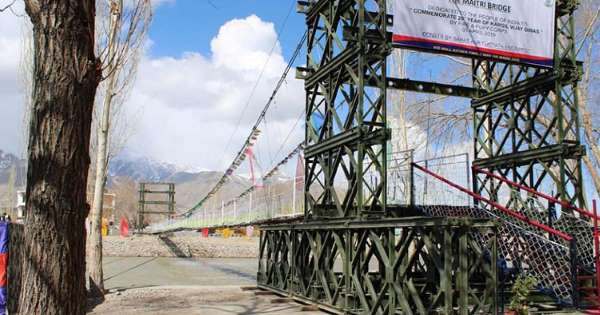 260 feet long the bridge connects villages such as Choglamsar, Stok, Chchot etc garnering much appreciation and praise from the people of Leh.