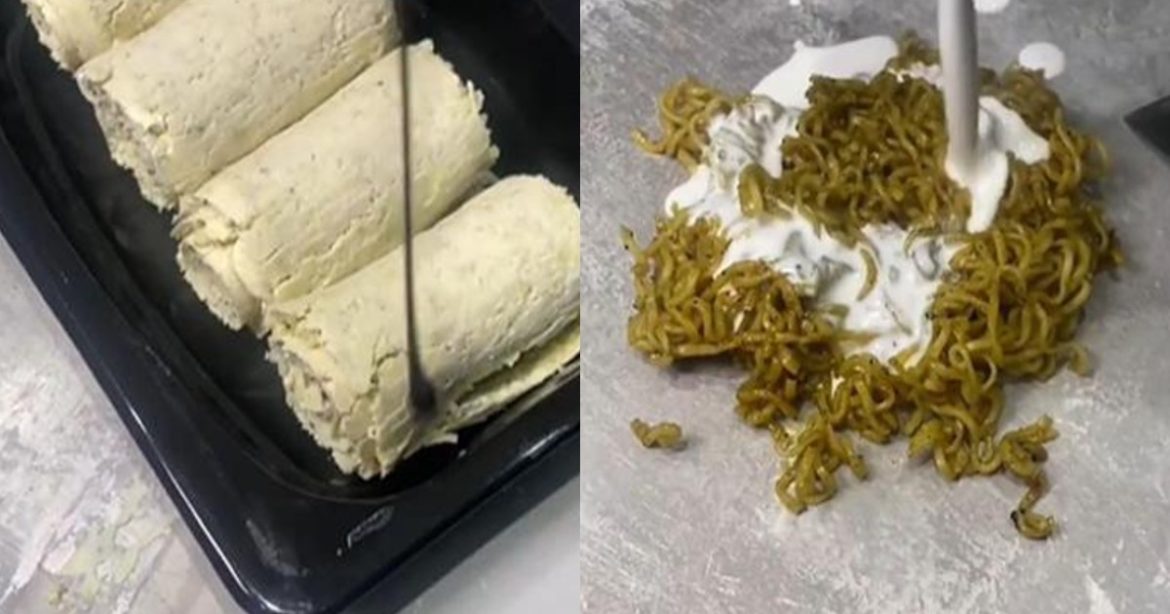 Maggi on its own taste amazing and we really do not think that the authenticity of Maggi should be left intact. But who will explain the adventurous foodies? If the invention of Chocolate Maggi was not enough to make us throw up, a blogger has now come with Maggi Ice Cream Rolls . A recent video went viral on social media and it is giving nightmares to all Maggi lovers. A man is seen making Maggi Ice Cream Rolls and garnishing it with chocolate sauce and rainbow sprinkles. Would you dare to try it? We don’t!

YouTube is replete with videos unveiling the preparation of his unique recipe. In one of the videos, a Maggi frankie has also been called Chatpata Masala Maggi Cheese Roll. To make the snack, one first needs to make the rotis using flour and water. Once the roti is ready, it has to be applied with sauces. Then put the vegetables and the cooked Maggi and finally wrap the roti. It has been suggested to keep the Maggi dry to make it easier to use as the filling for the roti. The recipe is simple and can be made by anyone at home.

Also Read: Maggi & Chai Taste Much Better In These 7 Hill-Top Stalls In India

Foodies Have Loved The Recipe Already!

Several YouTube channels like Tips and Tricks of My Kitchen, CookingShooking, Yum, Cook with Deepa and Pratiksha’s Kitchen have shared different versions of this Maggi Frankie. Those who have made the dish at home after watching the videos said that they loved the snack too. Commenting on the video uploaded on Tips and Tricks of My Kitchen, one user wrote, “Hello I made this recipe today and really it’s too much tasty !!!!! Plzzz upload more recipes by Maggi.” In the YouTube channel Cook with Deepa, a user wrote, “Very nice new type of frankie recipe. The best part of your recipes is that the ingredients are so simple that they are available in every household.”

Also Read: 5 Mind-Boggling Maggi Dishes You Must Try In Delhi

Do you also want to try the recipe? If yes, let us know your experiences in the comments section below.