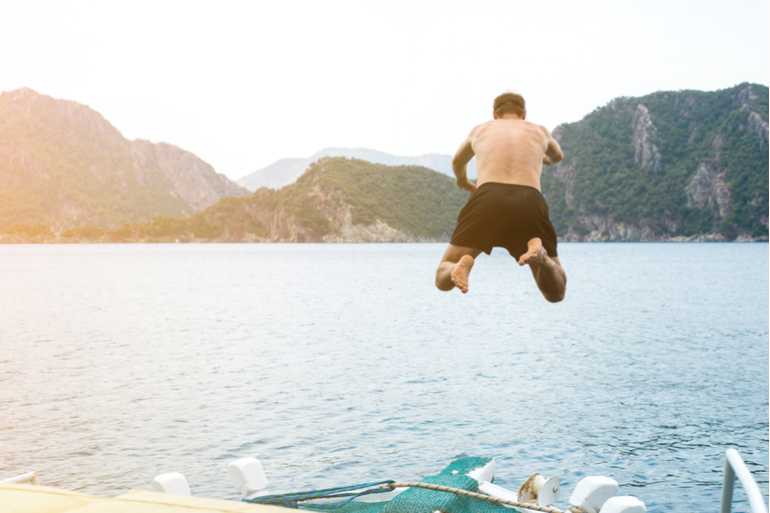 Washington’s 27-year old man Nick Naydev jumped from the 11th floor of a cruise ship straight into the water for an Instagram video.

The social media frenzy is imperative and it makes us do things that we could never think of doing on a normal day without thinking about its consequences. A 27-year old man, Nick Naydev performed a similar stunt when he jumped off from the 11th floor of a Royal Caribbean cruise 1ship docked in Nassau, Bahamas.

Nick and his friends have now been banned from sailing on any of the Royal Caribbean cruise ships in the future. They were even asked to not reboard the ship after the incident and asked to find their own way back home. Watch the full video here:

In a video posted on Instagram, he is seen jumping into the water off the side of a Royal Caribbean cruise ship. The 27-year old boy explains in the comments of the video saying that he was still drunk from the previous night when he woke up he just decided to jump. In the video, his friends can be seen encouraging him to take the jump to just get it recorded on the video. His friends who filmed the jump told Fox News that ‘he’s jumped from those kinds of heights before, and we didn’t really care about the consequences with the cruise company, we just wanted to get a video out of it and make it go viral’.

Nick further added ‘I am truly astonished at how this video has spread throughout the internet. I did not think this through before I jumped. My idea was this would be a good laugh for my friends and I would just swim back to shore and continue my vacation and never thought it would be this serious’.

There have been comments on the posts where people have called out and claimed this to be a stupid and a reckless stunt, one of them saying ‘So reckless! You could have died!’.