Masala Library Serves A Dessert That Floats In Mid-Air 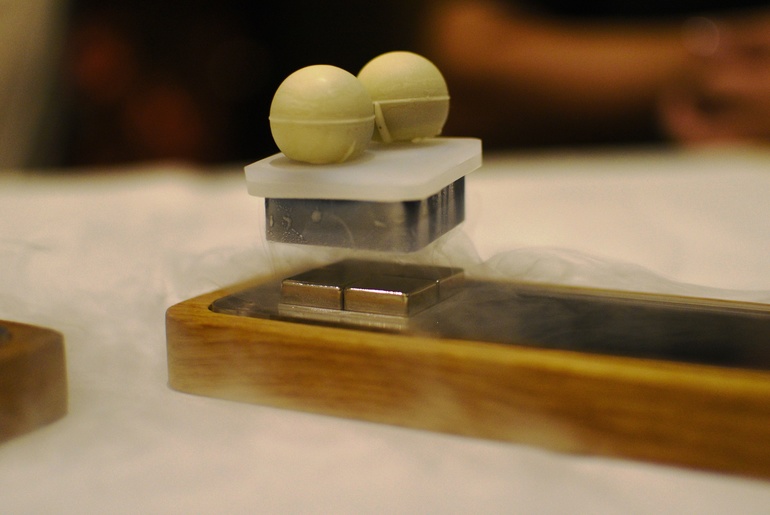 Ever tried a chocolate dessert that floats mid-air? You can have the Floating Chocolate at Masala Library in BKC.

Taking molecular gastronomy to the next level, Masala Library by Jiggs Kalra has invented the Floating Chocolate, the first ever levitating dessert! The basic idea to present this dessert is to create a dish that will woo the hearts of all the guests. Initially, a yummy chocolate truffle is prepared, which is gooey from the inside and chilled from the outside. But keeping the truffle intact gets a bit problematic for long periods of time. So why not pass a Nitrogen fume through it?

With that unique idea, the concept of Quantum Levitation was invented with molecular gastronomy. Not only does the chocolate truffle stay in its perfect temperature and structure, but now it also FLOATS! If dessert combinations are your thing, you’ve hit the jackpot with Zorawar Kalra’s Masala Library. They prepare the absolutely delish Chai ice cream. It is served with a slice of almond chikki and teh ice cream itself has a strong chai flavor infused in it. The chai ice cream flavor is home-made and is topped with masala chai foam. It’s bound to give every chai lover a ‘high’ like no other! If you’re into it, ask them for some masala cinnamon cookies to go along with your ice cream too!