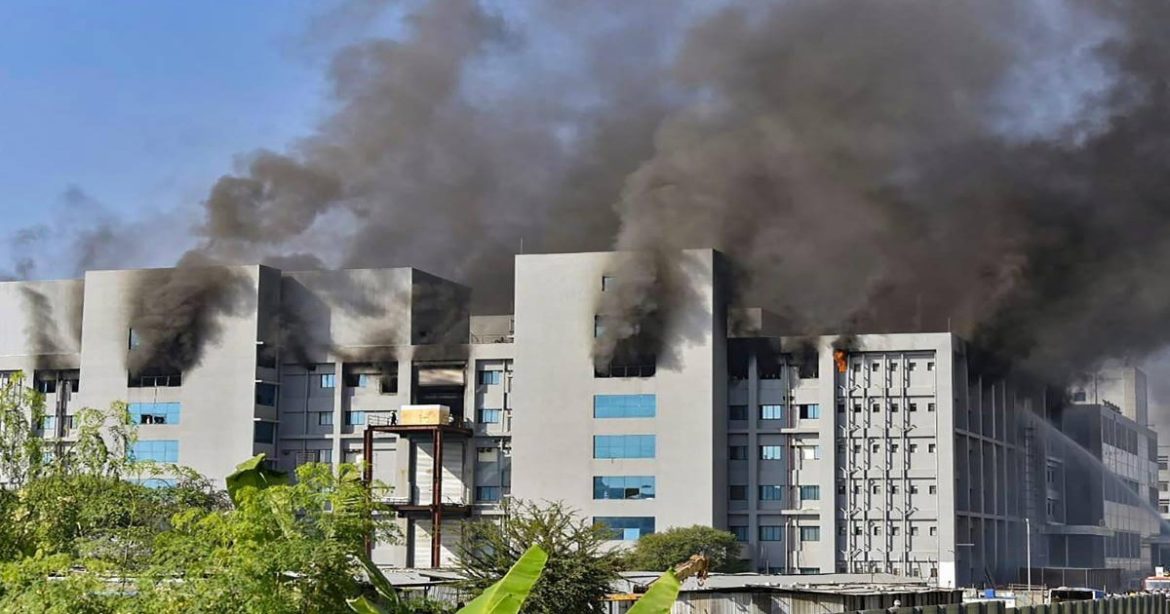 The entire world has been waiting for a COVID-19 vaccine and was finally here. Soon after, the UK approved the Pfizer vaccine, India started the largest vaccination drive with Bharat Biotech and Covaxine. Now, all eyes have been on the Serum Institute in Pune, the world’s largest vaccine producer. But a tragedy struck the plant which led to the death of a few workers. Five people have been killed in the fire at the Serum Institute at Pune.

Serum’s Vaccine Production Not Affected By The Fire

However, the company’s vaccine production would not be affected by the fire. While the fire cause has not been identified, thick plumes of smoke billowed from a building on the company’s sprawling site. They controlled the fire later, but it caused the unfortunate death of five people in the plant. Indian Travel Agencies Now Offer Vaccine Tourism Packages To UK, US &#038; Russia.

The Fire At The Plant Claimed 5 Lives

Serum Institute’s CEO, Adar Poonawalla, said in a tweet. “We are deeply saddened and offer our deepest condolences to the family members of the departed.” He further added that there would be no impact on the production of the Oxford-AstraZeneca vaccine, known locally as Covishield, “due to multiple production buildings that I had kept in reserve to deal with such contingencies”. PM Modi To Launch India&#8217;s COVID-19 Vaccination Drive; 3 Crore Priority Groups To Be Vaccinated.

India aims to vaccinate 300 million people by early August. Apart from India, many other low and middle-income countries are depending on the Serum Institute for production of the Oxford-AstraZeneca vaccine.