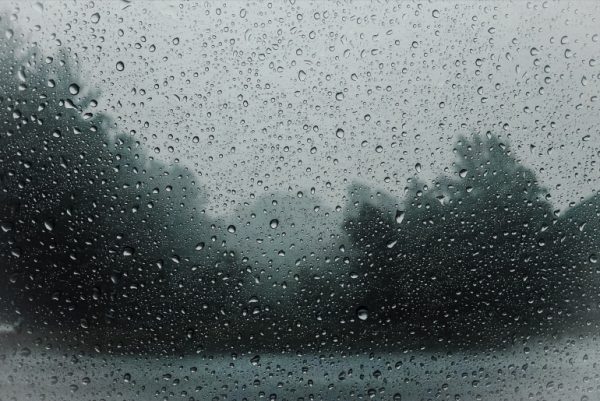 If you looked out of your window, you are sure to wonder if you are really in the UAE! The rain gods are showing a lot of mercy and according to the National Centre of Meteorology, the weather will remain cloudy. While the temperatures are likely to dip further, humidity remains high. The NCM has also urged sea-goers in the Arabian Gulf to take caution against strong northwesterly winds. 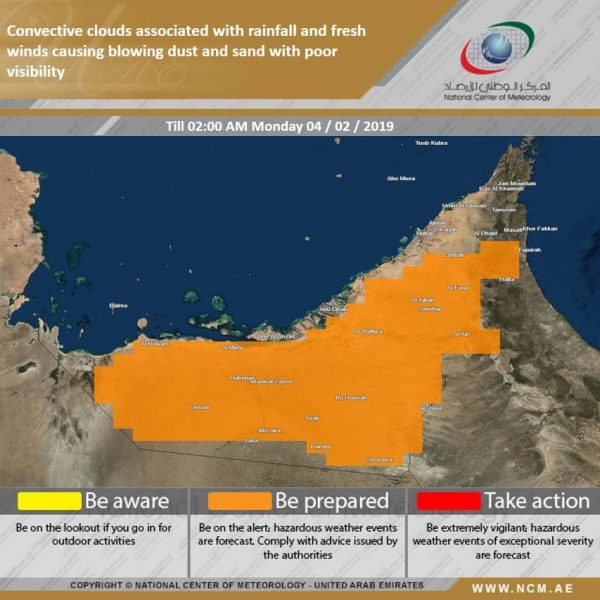 On Sunday, residents witnessed a sudden drop in temperature of six degrees in parts of the country. In fact, residents must gear up for a further drop of two to three degrees. Rough to very rough sea conditions are expected in the Arabian Gulf and the Sea of Oman. High winds reaching a speed of 50 kph per hour toppled trees in Abu Dhabi and Dubai. The National Centre of Meteorology issued an Orange warning across the country, advising people to be prepared for hazardous weather. The song winds could bring in dust and sand, posing a threat to visibility. 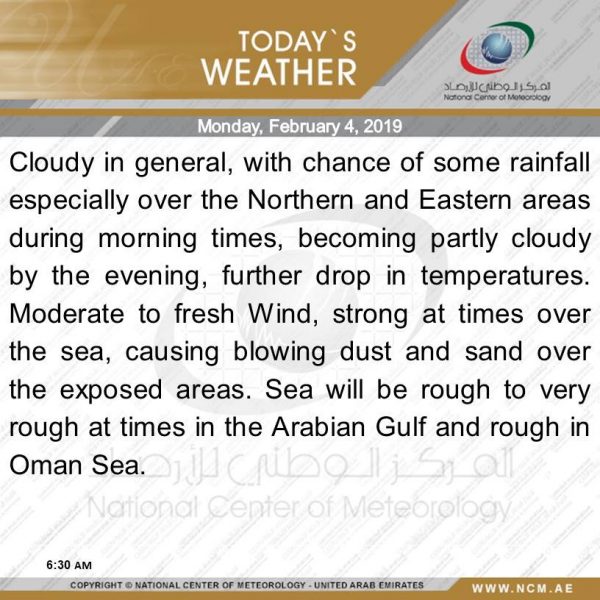 The NCM has also said that it will continue to remain cloudy on Monday and Tuesday, with further outbreaks of rain, particularly in the north and coastal areas. Temperatures are likely to drop further, reaching a chilly 18 degrees celsius. The UAE Ministry has further issued 7 weather warnings for all residents:

Meanwhile, Dubai’s popular attraction- The Global Village will remain closed today, due to bad weather. Also, schools in the UAE are closed on Monday and Tuesday citing the official visit of Pope Francis to Abu Dhabi, which lasts from Sunday to Tuesday.