After Museum, A Temporary Gurudwara…
This Kerala Woman Rebuilt Her…
Tourist’s “Zabardast” Reaction To Snow…
You Can Now Walk Or…

After Museum, A Temporary Gurudwara Comes Up At Singu Border For 6 Days 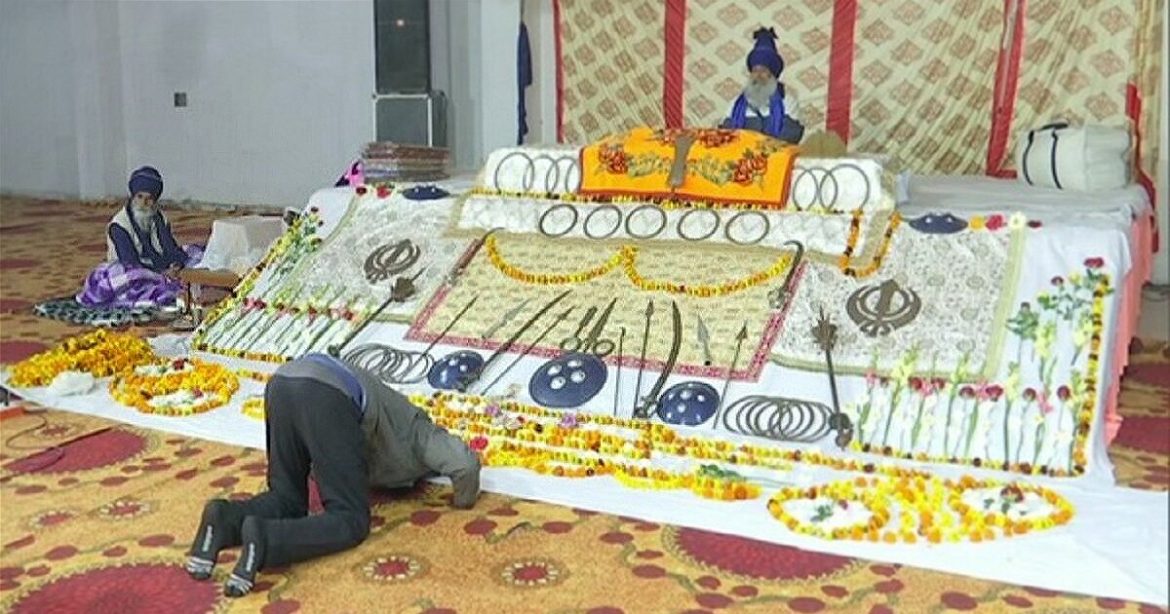 The farmers’ protest has been taking place since November 2020 on the peripheries of Delhi like Ghazipur, Tikri and Singhu border. A large number of farmers from Punjab, Uttar Pradesh, Haryana and other locations have participated in the movement. Amid the protests, Mohali based Parvinder Singh has set up a mobile Sikh Museum at the Singhu border. The museum has been set up on the history of Sikhism. Speaking to ANI, Singh has said, “In our religion, there are many martyrs who sacrificed their lives for us and the present generation doesn’t know about the Sikh history. I want to make a museum which teaches them about the past.” Also, a temporary Gurudwara has been set up at the border for 6 days and people are visiting there to pray for the ones who lost their lives during the protest. Meanwhile, Haryana firemen also organised gol gappa langer for farmers during the protest.

At Delhi’s Singhu border, a temporary Gurudwara has been set up for 6 days, where people are praying for souls who lost their lives during the farmers’ protest. According to ANI, Charanjeet Singh, a Gurudwara member, has said, “We are doing an ‘Akhand path’ ( ritual worship’) to honour the souls of the people who have died. This will be set up for six days so that people can continue to pray. We want to honour not just those farmers who died here, but also across Maharashtra, UP and other states.” 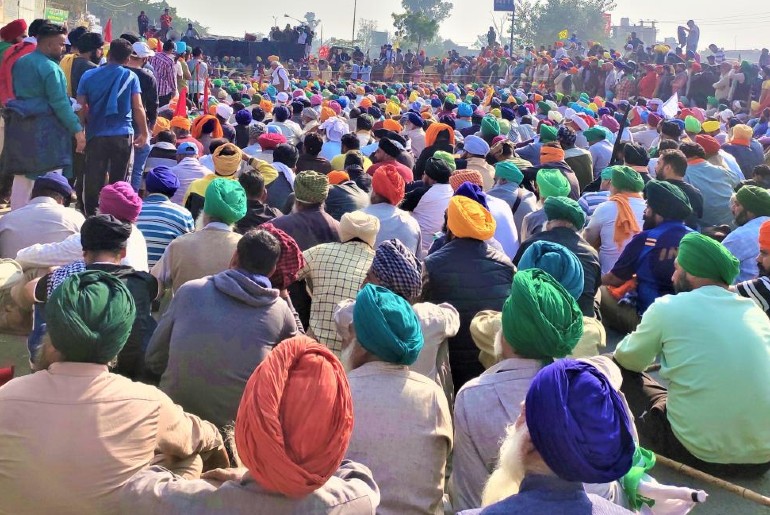 Picture Credits: Down to Earth

Also Read: Sikhs Provide Food To Hundreds Of Stranded Truckers In UK Proving Humanity Is Above Everything

A Sikh Museum On The History Of Sikhism

Parvinder Singh, a Mohali resident, has set up a Sikh Museum on Sikh history at the Singhu border amid the farmers’ protest. The museum board reads, “Sikh Museum Vill. Balongi, Distt. Mohali ( Punjab)”. At the Singhu border, there are two trolleys depicting Sahibzaade’s martyrdom and Guru Tegh Bahadur’s sacrifice. Singh said, “I have shown three Sikhs martyred by Aurangzeb.” They are Matidas, Dayalaji and Satidas. 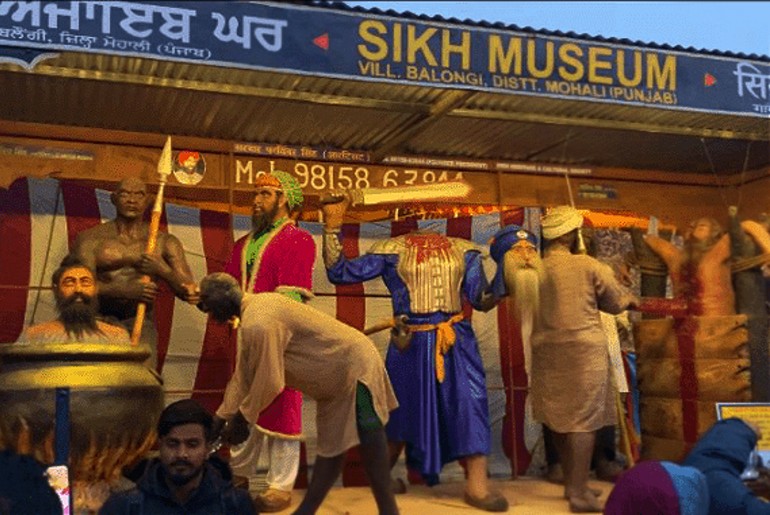 Singh added that he wishes to open a wax museum like Madame Tussauds of London if he gets support from the Sikh congregation or Sangat. The Sikh Museum at the Singhu border is already attracting many visitors. Also, a 62-year-old woman joined the farmers protest driving a jeep from Patiala to Singhu border.

Delhi: A mobile museum depicting Sikh history has been brought to farmers' protest site at Singhu Border from Mohali.

Museum founder Parvinder Singh, a resident of Mohali, says, "There should be a museum that can educate our youth generation about history of Sikhism". (11.01) pic.twitter.com/pRX8Kqjvgd

The Museum Will Inspire The Present Generation

According to ANI, Amrik Singh, a farmer taking part in the movement from Amritsar, has said, “I really feel good after seeing these models and it refreshes the old history of our culture. The present generation will see this and get inspired.” Darshan Singh from Punjab’s Sangrur said, “We have been hearing about the culture and Sikh history since childhood. These models will tell people about the culture to those who are not aware of it as our forefathers have gone through a lot for us.” In the protesting grounds, the farmers have also set up library, laundry and massage spas now. Harpreet Singh Mattu, a farmer from Jalandhar has also converted a truck container into a makeshift home at the Singhu border. The farmers have started a ‘Champi Parlour’ to provide messages to aged farmers. Meanwhile, this 60-year old Sardarji drove from Delhi to London: