There will be an addition to the list of tourist places in Mumbai soon. Following the announcement of Tourism Minister Aditya Thackeray, the marvellous Brihanmumbai Municipal Corporation (BMC) headquarters will soon be thrown open to the public. The legendary, V-shaped building overlooks the Chhatrapati Shivaji Maharaj Terminus, which is also a UNESCO World Heritage Site. Meanwhile, did you know that you can rent a campervan in Maharashtra now? The BMC administration has signed a memorandum with the Maharashtra Tourism Development Corporation (MTDC) for opening the historic BMC headquarters in South Mumbai to tourists. Thackeray took to Twitter, stating, “Tourism Dept- MTDC and  @mybmc  signed an MoU today for BMC HQ to open its doors to tourists on weekends in a few months’ time. It’s a building that’s always captured my imagination and awestruck millions like me.” In another tweet, he stated, “I’m sure that not just tourists, but many Mumbaikars would also love to see the building of the BMC HQ, the way Mumbai is run from in here and seek inspiration from the historic figures that built the city from here.” Also, Maharashtra has issued some new guidelines for guided tours.

I’m sure that not just tourists, but many Mumbaikars would also love to see the building of the BMC HQ, the way Mumbai is run from in here and seek inspiration from the historic figures that built the city from here.
(2/n) pic.twitter.com/WruTeaAjnq

A Brief History Of The Municipal Corporation Building

The Municipal Corporation Building was built in 1865. British architect Frederick W. Stevens had designed the building and its first Municipal Commissioner was Arthur Crawford. Crawford was in fact, the first Municipal Commissioner and collector of Bombay. Lord Ripon had laid the foundation stone of the corporation building on December 9, 1884. The design of the building is an amalgam of gothic and Indo-Saracenic styles. Frederick W. Stevens did the gothic designs. The Indo-Saracenic style was presented by Robert Fellowes Chisholm. The construction of the building was completed in 1893.  It has been categorised as a heritage building in Mumbai. 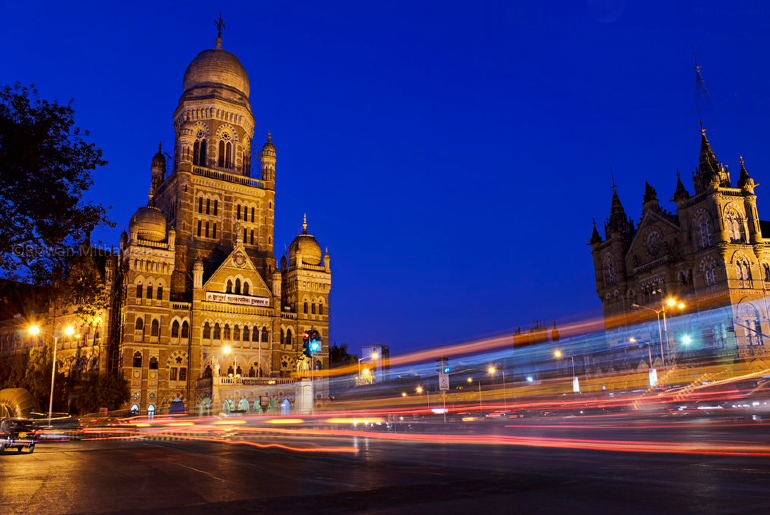 The BMC headquarters will be a spectacular attraction for all those of love history and colonial architectures. For now, enjoy this virtual tour of Mumbai from the comfort of your couch:

Explained: How To Apply For A UAE Tourist...

7 Cheapest 5-Star Hotels In India Where You...

UK To Allow Entry Of Travellers Vaccinated With...