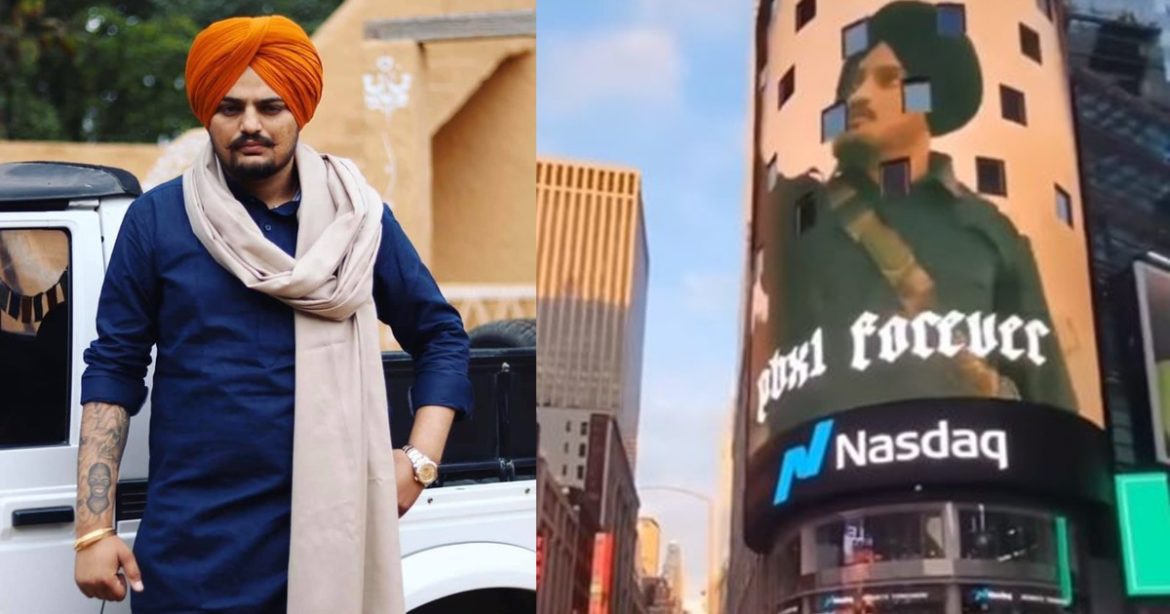 In a heart-touching tribute, New York’s Times Square played late Punjabi singer-turned-politician Sidhu Moose Wala’s videos. This was to commemorate his 29th birth anniversary and remember Sidhu Moose Wala. Many of his fans gathered at Times Square to pay tribute to him. Read on to know more.

Huge billboards played clips of Sidhu Moose Wala’s music videos on New York’s famous Times Square on the Punjabi singer’s 29th birth anniversary. The video of the Times Square building went viral on social media. His fans were seen watching his music videos intently, praying for his departed soul and also documenting the moment by clicking photos and videos. Many fans, especially those from India stopped by Times Square to have a glimpse of the late singer and were even seen copying his thigh-thumping steps in his videos.

Also Read: Sidhu Moosewala Was A Foodie And Here’s How He Expressed His Love For Desi Meals

Nigerian Rapper Also Did His Signature Step As Tribute

Sidhu Moose Wala was killed by unidentified assailants in Mansa district in Punjab on May 29. This incident happened a day after Punjab government lifted the security cover of 424 people in the state, including the famous singer. The singer was created in Mansa in the presence of his family, friends and thousands of fans. Since then, his fans and many fellow rappers have been paying tribute to him from across the world. Nigerian rapper Burna Boy even did Sidhu Moose Wala’s signature step during his show.