There are certain places in the world that can actually make us feel ‘out of the world’. And the Glowworm Caves in Waitomo, New Zealand is probably one of the best examples of it. In the darkest corners of the caves, dwell little mesmerising creatures, that glow in luminescent blue, while preying on smaller insects. Millions of these charismatic worms hang from the walls of the dark cave. The starry avatar of the cave, with these worms, can give one a feeling of walking through the milky way galaxy. It’s that magical! 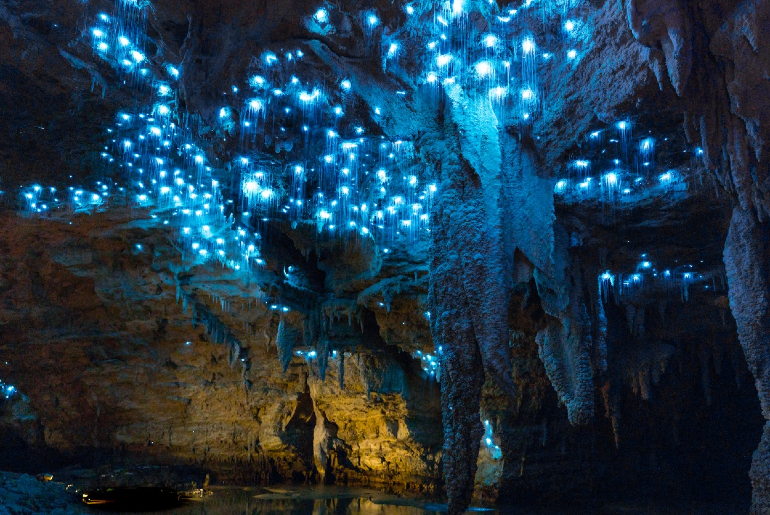 Millions Of Charismatic Glowworms Light Up The Entire Cave At Waitomo

Arachnocampa luminosa, popularly known as New Zealand glowworms, are found in abundance in the Waitomo Caves of New Zealand’s North Island, making it one of the best natural attractions in the country. The cavern forms a part of the Waitomo streamway system, which incorporates the Lucky Strike, the Tumutumu Cave and the Ruakuri Cave. One has to glide deep down the mountains and enter the darkest passages of the caves and stare up, to catch the glimpse of the absolutely magical glowworms. With thousands of glowworms glimmering together, the cave looks so alluring that you might have to pinch yourself to believe that you are not dreaming. 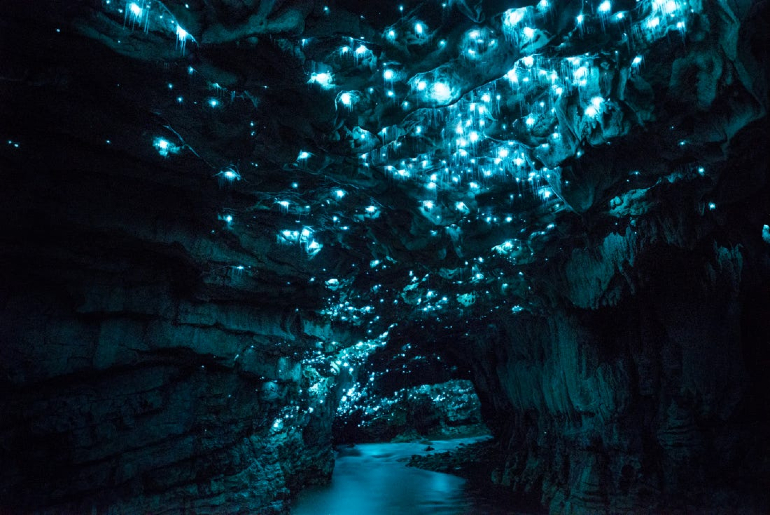 Go Boating, Climbing Or Caving Through The Illuminated Hollows

A handful of local tour operators like Discover Waitomo, Waitomo adventures,  The Legendary Black Water Rafting Co. and Glowing Adventures offer mind-boggling boating, climbing and other thrilling experiences through the expanse of the caves beautifully illuminated by countless blue dots. Besides Waitomo, there are other places in New Zealand as well where glowworms can be spotted, such as the Paparoa National Park, Kawiti Caves, Lake Karapiro, Waipu Caves, Lake McLaren and Te Anau. Having said that, to get the most gorgeous view of the creatures, Waitomo has to be the finest pick. 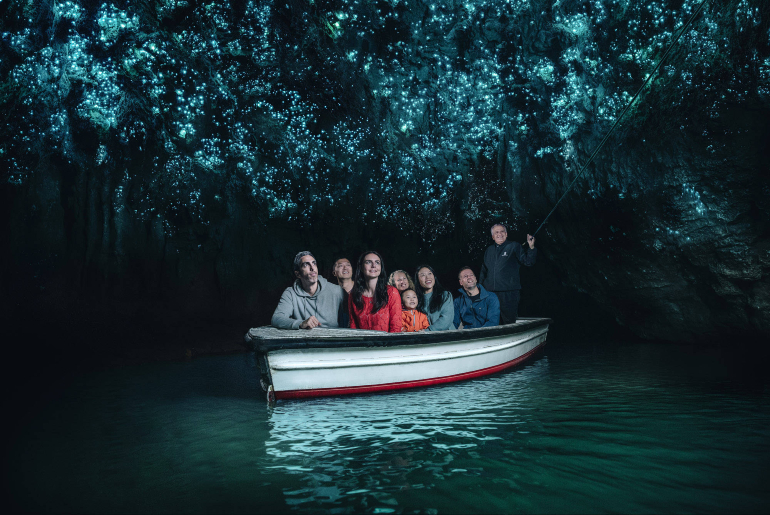 Remember the lyrics of the ‘Fireflies’ song by Owl City? “You would not believe your eyes, If ten million fireflies,
Lit up the world as I fell asleep.” Just like those fireflies, these glowworms in the Waitomo Caves will light up your world too, not when you fall asleep, but when you’re wide awake. And that’s more beautiful! The glowworm caves is one of those places on earth that’s worth visiting once in a lifetime. Here’s a video that will transport you to the caves right from your couch. A pro tip: Switch off all the lights and watch the video in the dark. Your soul will be soothed out for sure.