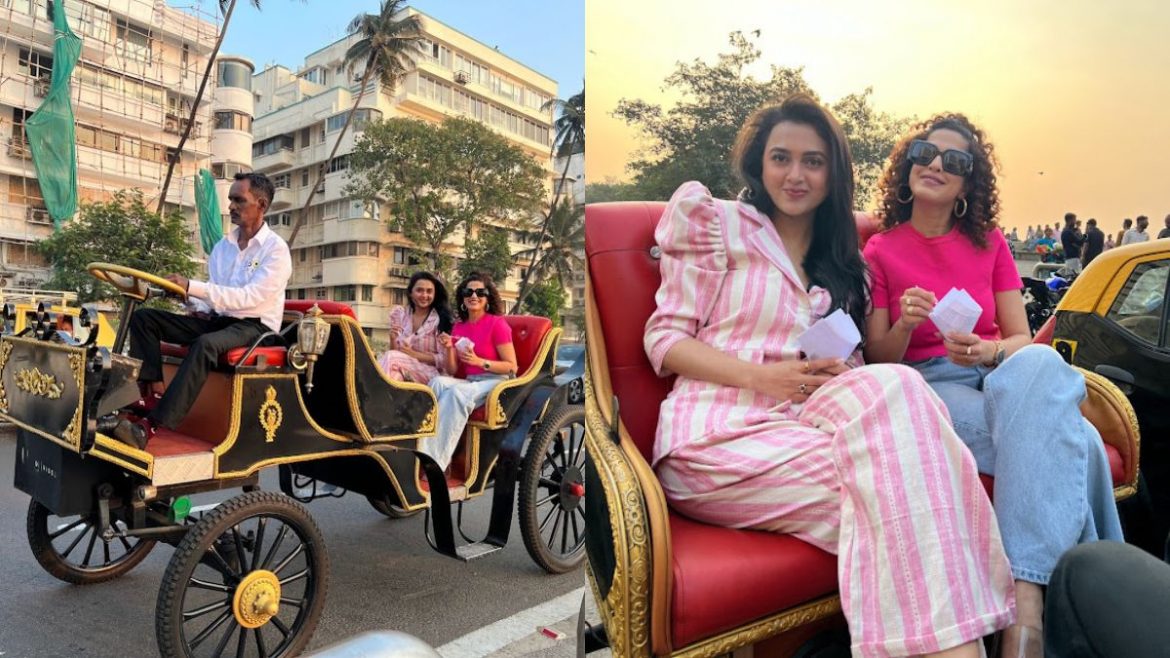 In this episode of Tere Gully Mein, we took Tejasswi Prakash out for a spin on the iconic electronic Victoria. Our Editor-in-Chief, Kamiya Jani, and Tejasswi had a lot of fun riding around the Queen’s Necklace on the Victoria carriage. They laughed, talked, and shared some delicious Mumbai street snacks while riding around the city. She told us all about her journey and how she lucked into the acting industry. She also told us about her love for South Bombay.

If you’ve seen this episode of Tere Gully Mein, then you know that Tejasswi is a true-blue Mumbaichi mulgi. She has grown up in the city and spent a lot of time in South Bombay. And just like any other true Mumbaikar, she was an avid local train traveller.

She told us that she lived in Ghatkopar and travelled to Borivali and Dadar for classes. Hence, she has had her fair share of local train travel. She especially hated travelling during the monsoon because she had to carry an umbrella along with a bag while her slippers splashed mud all over her jeans. Where is the lie? Every Mumbaikar who has travelled in trains during the monsoon season was probably vehemently nodding their head along in agreement. We know we were!

She Did Engineering But Her Passion Is Travelling 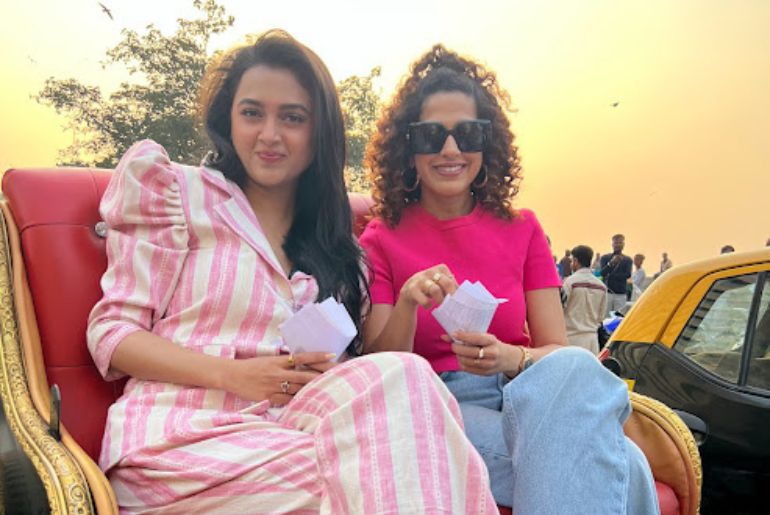 While on the fun electronic Victoria, we got into some serious conversations with Tejasswi. She told us about how she did engineering but not out of passion, since her passion was always travelling. She randomly decided to take part in the Bombay Times Fresh Face and won the competition.

Then, she received an offer for a daily soap. She was reluctant and unsure about it but she went ahead with it anyway and since then, she hasn’t looked back. While she has made a profession of it, her dad hilariously still thinks she needs to get back to her studies! Ah, it’s nice to see that fathers are universally alike!

Also Read: Tejasswi Prakash Is A Globetrotter Who Has 6 Passports & Is Due For Her 7th | Curly Tales

Have you watched the latest episode of Tere Gully Mein? Let us know which was your favourite part!