Not India, This Ganesh Temple Is In Japan Inside A Traditional Japanese-Style Compound 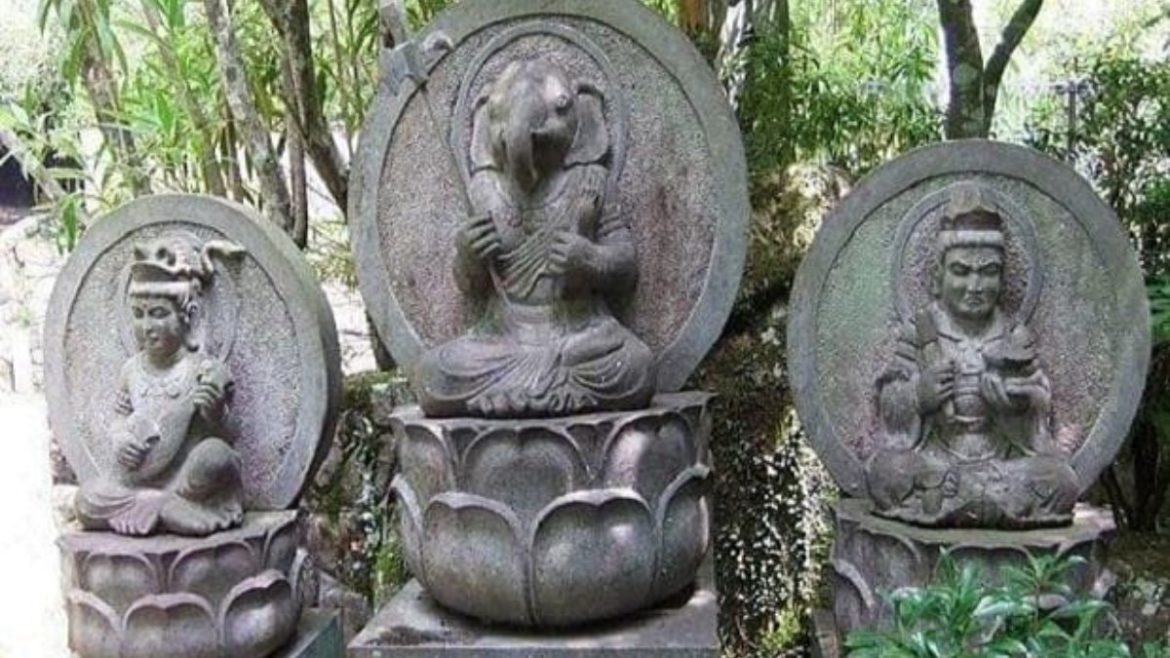 You must be wondering why is there a Lord Ganesh Temple in Japan. Well, there are hundreds of them in Japan. There are several exquisite wooden temples of Japanese Buddhism located in Tokyo’s Asakusa district. The 8th-century Matsuchiyama Shoden temple is devoted to the Japanese deity Kangiten, also known as the Japanese Ganesha. It is most likely to draw the interest of an Indian visitor. Visit this Lord Ganesha temple in Japan.

In Tokyo, there is a Ganesh temple inside a traditional Japanese-style compound. In fact, there are more than 250 Ganesh-related temples in Japan. Discovered by an Instagram vlogger @kannadathi_in_japan a Lord Ganesha temple in Tokyo Japan. There is a small Japanese-style temple that has a gold-plated Ganesha idol in it. The idol is adorned with a garland.

The Japanese deity Kangiten inherits many names and characteristics from the Hindu God Ganesha. Matsuchiyama Shoden is a Ganesha temple, dedicated to Kangiten. The Japanese titles for God, Ganabachi, and Ganwha, sound extremely similar to Ganesha. He is known as Binyaka-ten, which is very similar to the Hindu God Vinayaka. Similar to Ganesha, Binyaka is the remover of barriers. When worshipped he is said to bestow good fortune on his believers, shower them with prosperity, and provide everyone success and good health.

Lord Ganesha’s Japanese incarnation is not a fan of modaks. Radishes are his favourite dish to offer. Daikon (Radishes) is viewed as a sign of married love, improved relationships, and marital peace. Kangiten is a maker of barriers in Japan who can be readily appeased by prayer and changes into a remover of problems. The symbolism is very similar to that of Lord Ganesha.

How interesting is this? Have you been here? Let us know in the comments section below.