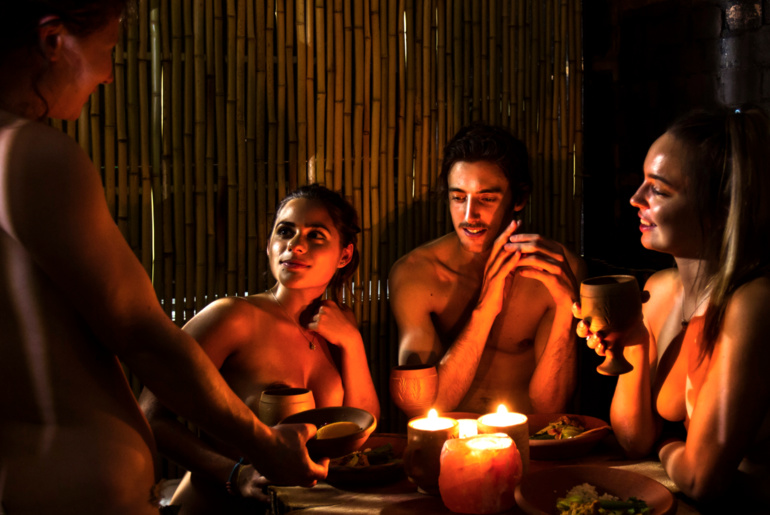 Besides the many nude beaches and resorts found on the French Coastline, Paris has come up with their new form of naturism with their nude restaurant.

The grand opening was done with Managers Mike and Stephenade Saada with a lot of support from the Paris Naturist Association, and the club members seemed happy with the experience. Aptly named, O’naturel, the diners are asked to remove their clothes before entering the main dining room while their clothes hang safely in the restaurant’s wardrobes.

The view from the streets of the restaurant is blocked with heavy curtains which means you get complete privacy and freedom to devour in their delicious food menu including roasted snail, homemade dried duck chips, followed by inverted crumble with lime mascarpone. The restaurant has got a positive response so far from the neighboring residents as well who have no complaints about what’s going on in there, saying it doesn’t bother them at all.