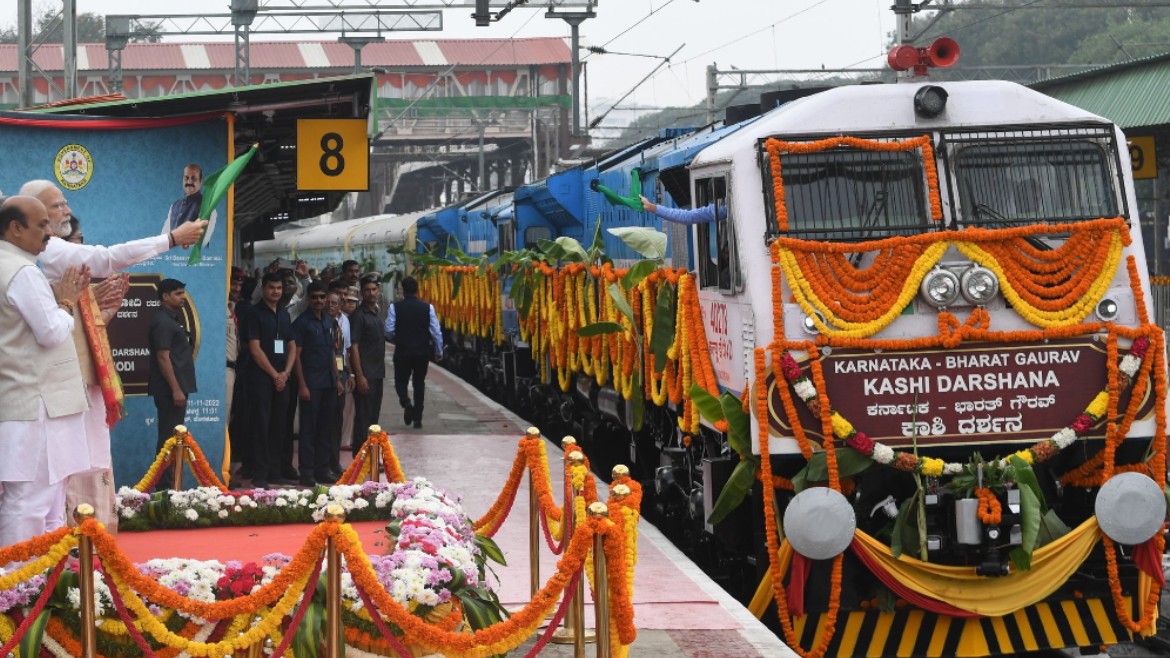 The week-long tour package will cost ₹20,000 per person, inclusive of accommodation, food and visit to pilgrimage sites.

With the launching of the Bharat Gaurav Kashi Darshan Train from Bengaluru to Varanasi, the government aims to give a boost to the nation’s tourism sector. The Karnataka government, along with the Ministry of Railways, aims to offer the pilgrims a comfortable experience throughout the journey. The pilgrimage sites that the train will cover include the Tulsi Manas Temple, the Kashi Vishwanath Temple and the Sankat Mochan in Varanasi, the Ram Janmabhoomi Temple, the Saryu Ghat and the Hanuman Garhi in Ayodhya, and the Hanuman Temple and the Ganga-Yamuna Sangam in Prayagraj.

Also Read: We Visited The Kashi Vishwanath Dham Like Alia And Ranbir And Here’s Why You Should Too!

Karnataka Pilgrims Can Enjoy ₹5000 Discount On The Package

The seven-day all-inclusive spiritual tour package will cost ₹20,000 per person. The Muzrai Department of the Karnataka government will offer a subsidy of ₹5000 to state pilgrims. Along with the launching of this special train, PM Modi also inaugurated the Mysuru-Chennai Vande-Bharat Express from KSR station. He also unveiled a 108-feet tall statue of Kempegowda near Bengaluru’s Kempegowda International Airport.

Also Read: This Meetha Paan From Varanasi Is Named After Shah Rukh Khan And Costs ₹35

Are you visiting Bengaluru soon?