Preikestolen In Norway Is Atop A 10,000-Year-Old Rock, And Was Also Featured In Mission Impossible 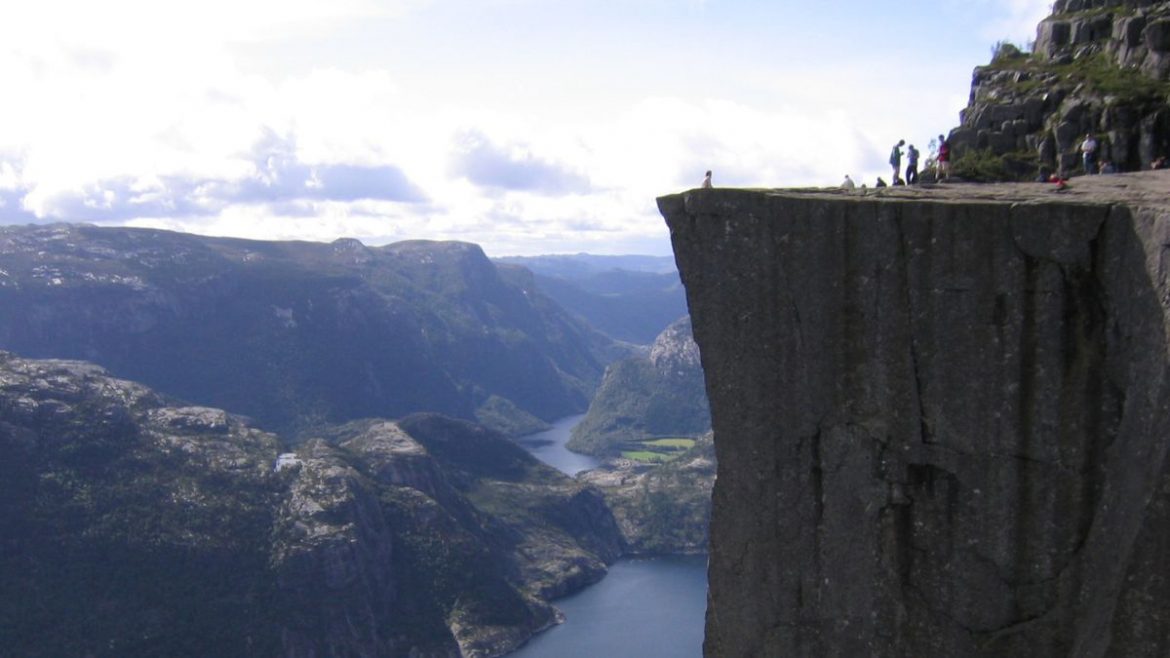 This 10,000-year-old tourist destination will put all your other travel plans to shame. Preikestolen is an awe-inspiring location that is located in Norway. It is a popular tourist attraction and has recently gone viral on the micro-blogging website Twitter. In a recent video posted by a user, the tourist point is showcased in all its glory. The video is making rounds on the Internet as the Netizens are left gaping at the magnanimous rock.

On the 4th of Jan, Twitter user Massimo posted a clip of the popular tourist destination in Norway. The clip is merely 16 seconds long but it more than captures the beauty of the massive rock. Due to its height, the rock in the video appears to be almost floating in the air. Many people can be seen walking on top of the rock as it creates a flat terrain that can easily be tread upon. And it is so gigantic in size that even Dwayne Johnson would be jealous. Don’t worry Dwayne, this rock won’t replace our love for you. This stunning marvel of nature is located in Rogaland county in Norway and is well known among the locals for the splendid views its offers.

Preikestolen (English: «Pulpit Rock’») is a tourist attraction in Rogaland county, Norway. Preikestolen is a steep cliff which rises 604 meters (1,982 ft) above the Lysefjorden

Pulpit Rock In Norway Will Take Your Breath Away

Translated to English, Preikestolen means pulpit rock. The name is more than accurate given the rock’s structure. It is jutting out of a mountain which makes it look like a raised pulpit. The rock is more than 600 metres in the air and hovers above the Lysefjorden. The caption of the video read “Preikestolen (English: Pulpit Rock) is a tourist attraction in Rogaland County, Norway. Preikestolen is a steep cliff that rises 604 metres (1,982 ft.) above Lysefjorden.” The surface of the rock is 25 metres long and the same in width. It is very reminiscent of the tablelands of Mahabaleshwar, only better. 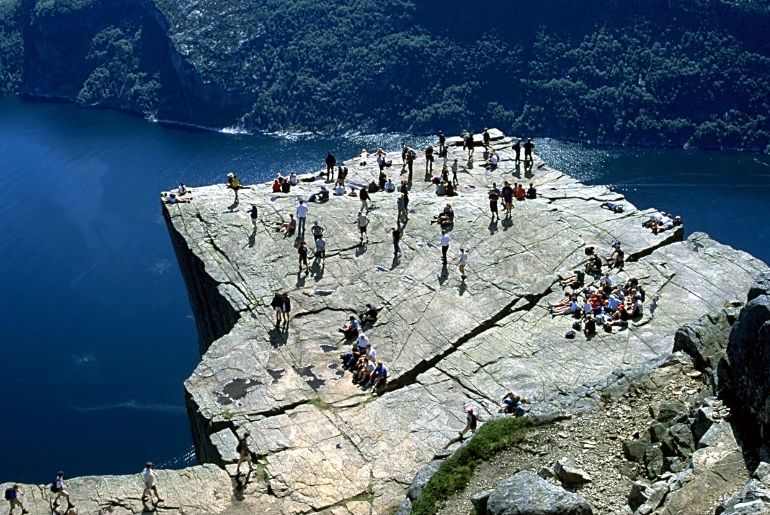 This rock was featured in the iconic 2018 movie Mission Impossible – Fallout. The final fight scene featured Tom Cruise climbing a cliff which in the movie was supposed to be in Kashmir. The surrounding area is as beautiful as the rock itself. Towering mountains and deep valleys, the cliff offers a stunning view of all of them.

Also Read: 23 Beach Destinations In India To Check Out In 2023

How badly do you want to visit this place?