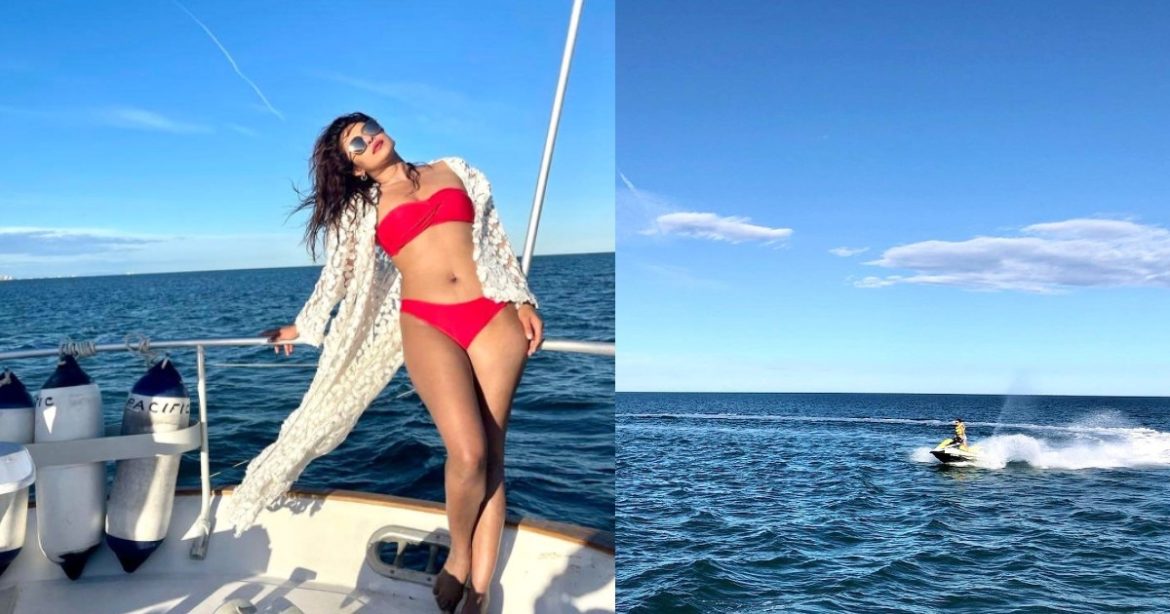 Priyanka Chopra is getting her fans bowled over with her stunning pictures from the blue waters of Spain. Priyanka had been basking in the sunshine and chilling on the sea in Spain’s splendid city Valencia. Sharing the pictures on a carousel post, Priyanka wrote, “A perfect day off”. In some of the pictures, the Baywatch actress is donning a bright yellow swimsuit. In one picture, she is wearing a cherry red bikini set. Priyanka is looking so magnificent that even Nick Jonas couldn’t stop himself from saying, “Damn girl.”

Priyanka is very much a water baby and she has also shared a video where she is seen indulging in jet skiing in Valencia. The video has bagged loads of heart reactions from her followers. Valencia is a port city in Spain and the third metropolitan area in the country. At Valencia lies the confluence of the Turia River and the Mediterranean Sea. Tourists can spellbind themselves on the cutting-edge world of arts and sciences at the futuristic complex named La Ciutat de les Arts i les Ciències de València. The Oceanogràfic de Valencia is another spectacular building in the city.

A few days back, Priyanka was in Paris and she had posed in a gorgeous blue gown in front of the Eiffel Tower. The actress was also spending quality summertime in London where she met Lara Dutta. In London, Priyanka ate marshmallows and also enjoyed a ferry ride. Meanwhile, did you know that Priyanka Chopra Jonas Is A Fan Of Hajmola & Paan Pasand?