The efforts of the state forest department of Himachal Pradesh to preserve its endangered feline cats is finally paying off. Visitors have recently spotted the majestic and rare snow leopards strolling through the icy expanse of Himachal’s Spiti Valley. A video of the same has been shared on Twitter by Susanta Nanda of the Indian Forest Service which has already gone viral among the wildlife enthusiasts.

Sources say that these big cats are shy in nature, thus estimating the exact numbers of them isn’t easy. The wildlife wing of the forest dept. , however, has roughly estimated that the total count now is above 100. The number witnessed a good rise, as compared to 2016 when the estimated count was 67. Recently, the Nature Conservation Foundation of India, Mysore has surveyed seven places, including Chandra, Bagha, Thandi and Miyar in upper Spiti region and spotted exactly 49 snow leopards in total.

Majestic grandeur in the tranquility of Spiti District??Snow leopard is the most beautiful & mystical big cats with grey/green eyes,unlike the yellow eyes of other big cats.Tails as long as de body& 5inch fur at bottom to survive cold weathe,rare to see these ghost of de mountain pic.twitter.com/iiEAGaWgop

Author of the Cats of Himalayas, Sanjay Kumar Dhiman has stated that the ‘frequent sighting’ of the leopards is a sign that these creatures are dwelling in a healthy environment. The snow leopard, which is also known as the Grey Ghost of Spiti usually resides in the cold terrains ranging from the Kibber wildlife sanctuary in Lahaul to Pangi in Chamba district. They live at altitudes between 9,800 feet and 17,000 feet above sea level. Some were recently sighted in Hikkim village, Kibbir mountains, Lippa Asrang and Great Himalayan National Park. 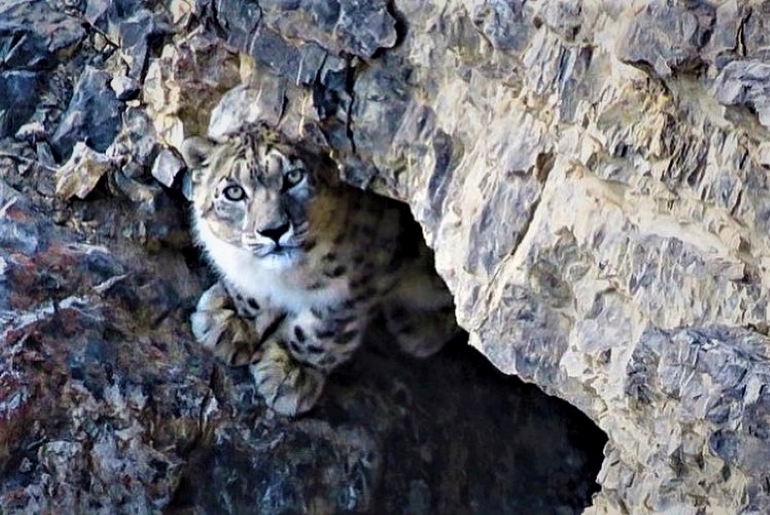 These furry cats have green or grey eyes and a tail as long as their bodies. They are also turning out to be a source of income for the locals, who guide the tourists through the leopard sighting spots of the cold valley.