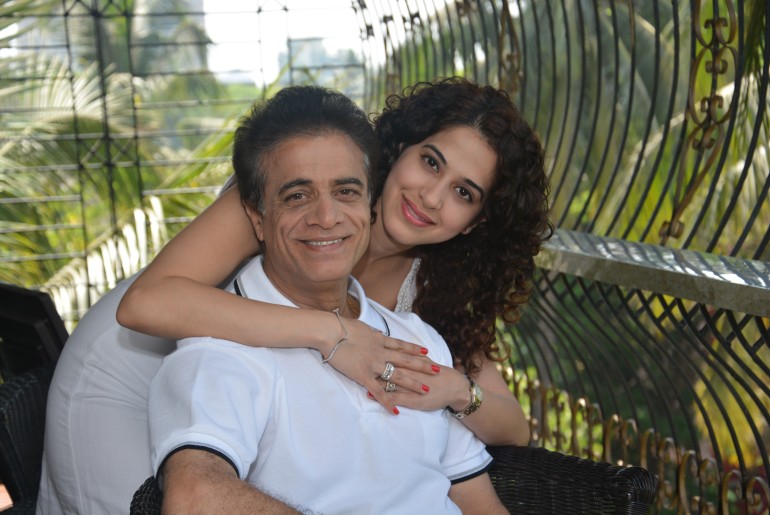 This is probably one of my favourite inspirational stories and I like to call it – From Auto To Audi! Wondering what this is about? It’s about my father Mohan Jani who may have started off his journey as an auto rickshaw driver but today he drives the best of the cars and lives in the most luxurious house in Mumbai. This is not to boast about his achievements but to inspire one and all with a simple message, ‘It is not in the stars to hold our destiny but in ourselves.’ Read on to know more.

Once Upon A Time

It is easy to earn money but tough to manage,” I often hear these profound words from my dad, Mohan Jani. I don’t agree with him. Having started working ten years ago, I haven’t been able to create one fourth of the wealth that he has, leave alone managing money.

Time and again I wonder how he made it big. Poor by all means, he was a school dropout, lost his mom at a very young age and had little support from my granddad as he had seven more kids to attend to. My father has a success story to tell. Having started off as a rickshaw-wala, today, he lives a comfortable life in a plush apartment, with a secured future for the generations to come.

A lot of women and few of my female friends have given up driving after their first accident. Few get bogged down by the society's notion of 'Women Can't Drive' and rest don't trust their reflexes enough. But it's hard for them to accept that small accidents are a part of learning. Just like how kids fall down to be able to walk confidently. Its no biggie to be able to drive. But it's an important life lesson. My driving ability has taken me to places and if there is one place where I find maximum solace – its on the road as I drive. I owe it to my father for not yelling at me that day. I owe it to him for taking me for a drive immediately. Thank you papa for leading a life by being a great example. Also have you read his inspirational story of being an entrepreneur from being a rickshaw driver? Link in bio 🙂 wow-I didn't know he is on Instagram too 😳 @mohanjani1956 . . #FathersDay #HappyFathersDay #papa #MohanJani

It All Started With ₹20

Hailing from Pakistan, post the partition my grandfather, Mr Naraindas Jani, chose the city of dreams – Mumbai to start afresh. Born in the year 1956, my father, Mohan Jani, is the eldest brother to his seven siblings. His father owned two rickshaws, which he would give to the drivers to ride. A fixed amount of ₹20 was to be given to him, with the drivers keeping the rest. Every time a rickshaw would break down, he would repair the same. So much so, that by the age of 13, he knew its mechanics like the back of his hand and could assemble even a completely damaged one all by himself.

Eager to start earning, he applied for a permit to be able to start driving himself but was rejected. Left with no choice, he started driving his father’s rickshaw, paid him ₹20 everyday and started saving the rest. In a few years, he managed to get his hands on a second hand private auto rickshaw for ₹3000. Started riding the same slyly, as he did not have the permit. His streak of luck continued for 2 years, until the vehicle was sealed off for a month.

At age 24 and with some time off, he met his wife and my to-be-mother Poonam through a few relatives and decided to marry her (1979). With the impending marriage and little savings in hand, selling the auto rickshaw was the only option he had to put up with the expenses.

He borrowed some money from his relatives and once again bought a private rickshaw. Here Poonam adds, “He wouldn’t return home till he would make a minimum of ₹100 everyday. The minimum fare, back then, was ₹1 and 20 paise.”

After one year of marriage, he got lucky, not only with a baby boy but also with the permit. He sold off his private rickshaw for an authorized second hand on-hire auto rickshaw and continued working hard. With a knack for business, he hired a driver to do a night shift with a fixed remuneration of ₹30. Already thinking ahead, he realized a new auto rickshaw would be expensive. So, he bought one that was new but had met with an accident for less than half the price. He literally reassembled the vehicle and got it back into good shape. What followed of course were two more drivers for day and night shifts.

By then, permits had become easier to obtain, albeit one person could only have one permit. So Mohan asked a few friends if he could use their names and took permission to therefore use their permits for six years each. By 1983, he had seven rickshaws up and running in the city, and from each driver he got ₹50 per shift.

And Then There Was The ‘Turning Point’ In Their Life

The year 1986 was a turning point in their lives. Three years earlier, my father had booked a rickshaw in a showroom in Lucknow, which they said was now ready was delivery. He remembers that in 1983, when his father in law gifted him ₹250, he immediately used it to book the vehicle. “I could only think business,” he quips. Its price though (₹27,500), was lower than what it was in Mumbai (₹34,000). So he brought it back to the city to sell for a quick buck. Since transportation through rail was dicey, he drove the rickshaw from Lucknow to Mumbai, covering an approximate distance of 1200 kms with a travel time of 5 days.

A learning experience with the agent who sold the rickshaw for him, gave Mohan another idea. Why shouldn’t he try his hand at this business of buying and selling rickshaws? So, determined, he learnt the nuances of it.

Also read: 22 Life Lessons Every Father Should Gift His Daughter This Father&#8217;s Day

He started his office from home what came to be called Mohan Auto Consultant. Poonam interjects, “There used to be a queue outside to meet him. Permits were easily available and he would help customers get a loan so people could buy brand new or second hand rickshaws.”

Next came an office in Ghatkopar and in a few years, two more in Chembur. He has even made a record sale of more than a 100 rickshaws in a month. By 1993, Mohan bought his first home. By 1994, he purchased two more adjacent flats and invested in commercial properties. Some more years went by and he forayed into bikes and cars as well, seeing similar success.

The Retirement Plan In The Works

As for the tricky part of managing his money, Mohan, who studied only until the 9th grade, had help from his son Tarun. He made the right investments and multiplied his income. Of course, there were ups and downs but Mohan says he has always felt nothing but gratitude for the universe. In 2005, he stopped providing loans to his customers as at age 50, he wanted to work towards a peaceful debt free life.

Hard work, sincerity, luck and instinct are what have made him a successful human being. He still always had time for outings and annual family vacations. According to him, each child brings a destiny with itself and parents get to enjoy the benefit. He often wonders how he got to where he has, but every time he made a profit, we celebrated as a team. “We have enjoyed this journey,” smiles Poonam.

Dad, I am so glad to have you as my father. You have had a tough life, but never in these years have I felt being deprived of anything. Kudos to mom for supporting you through thick and thin! Love you both. Happy Fathers Day!