Son Cycles 2,100 Km From…
After Mango Maggi, Pastry Maggi…
Make Money From Your Holiday…
This Hyderabad Woman Is Selling… 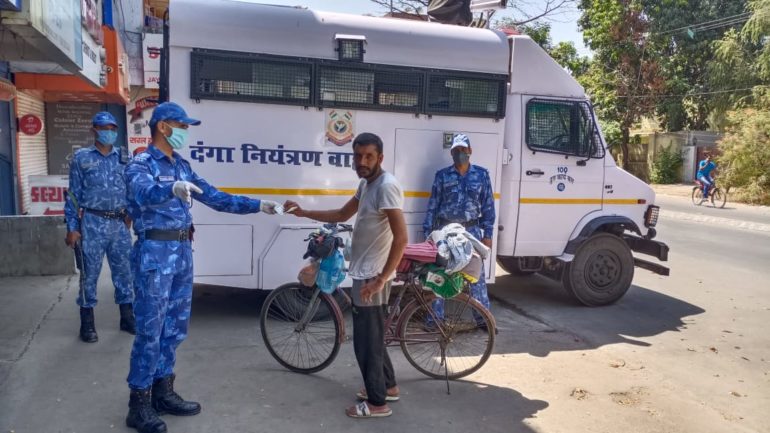 In a heartwarming tale of events, an ailing father and his son were finally reunited after a 2,100 km long journey through 5 states amid a nationwide lockdown.

Arif, who planned to cycle from Mumbai to Jammu, to see his dying father, was finally able to so after CRPF personnel intervened as good samaritans and united the father-son duo.

@crpfindia Units across 5 states working in coordination with @CRPFmadadgaar @JKZONECRPF to help Arif who started a 2100 km bicycle journey from Mumbai to Rajouri J&K to see his father who suffered a massive stroke on 1/4/20.
1/3 pic.twitter.com/pecQJAd8u0

Man Cycles From Mumbai To Jammu To See Ailing Father

On April 1, Arif’s father Wazir Hussain suffered a brain stroke. With a strong sense of foreboding, Arif, who works as a part-time guard in a housing society and a taxi driver in Mumbai, anxiously called his father. A relative answered the call and informed Arif that his father had suffered a massive stroke.

Arif was upset but knew he had to see his father. He packed himself a few biscuits and borrowed a cycle to undertake a long and arduous 2,100-km journey to reach his ailing father, who was in Rajouri.

When news reports of Arif’s journey made headlines, the CRPF’s Madadgaar helpline decided to assist him.

Arif had already pedalled 418 km and reached Vadodara in Gujarat when the Kashmir-based helpline got in touch with him and provided him with food and other essentials. They then arranged a drop for him to Ahmedabad, where he was picked up by a CRPF battalion. 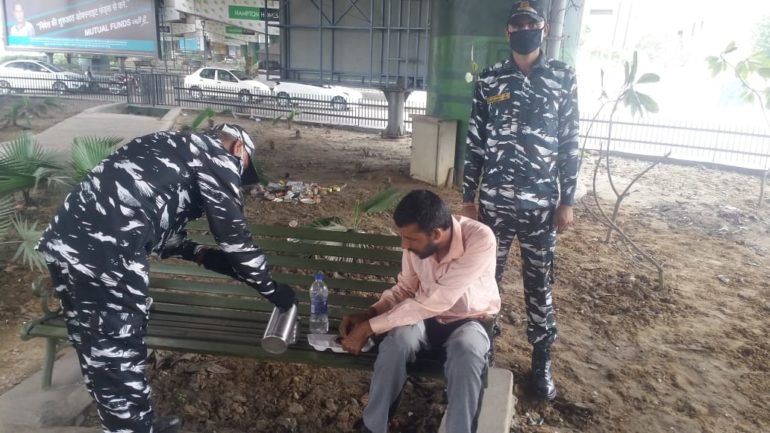 Later, Arif was assisted by the local force units in Jodhpur (Rajasthan) and Ludhiana (Punjab) on the route. In this way, the CRPF helped Arif travel through 5 states and helped him meet his father.

Meanwhile, the CRPF had also shifted Arif’s father Wasim to the PGI Hospital in Chandigarh on the recommendation of Jammu doctors.

Arif reached PGI Chandigarh after 4 days of traveling through 5 states with help of @crpfindia to finally meet his father. His father will undergo surgery with assistance from @JKZONECRPF.#LetsFightCoronaTogether
For any assistance 24×7 call @CRPFmadadgaar on 14411 pic.twitter.com/WQ8YG3rxPu

When Mohammad Arif finally managed to reach his 60-year-old father, he was exhausted and had blisters on his feet. But he was filled with emotion and gratitude towards the CRPF. “I can never thank the CRPF enough. I can never repay what they did for me,” he said.

The CRPF Madadgaar helpline has posted the video of an emotional Arif caressing his father’s head on its official Twitter handle. Since its launch in 2017, it has been assisting thousands of J&K residents, even during the lockdown.

Such incidents reaffirm our faith in humanity and definitely keep us going. Arif’s determination and the CRPF’s goodwill amid the nationwide lockdown will go down as an inspiring tale in the history of the pandemic.

Also Read: Hotels Around The World Are Lighting Up In Solidarity And Hope Amid COVID-19 Crisis