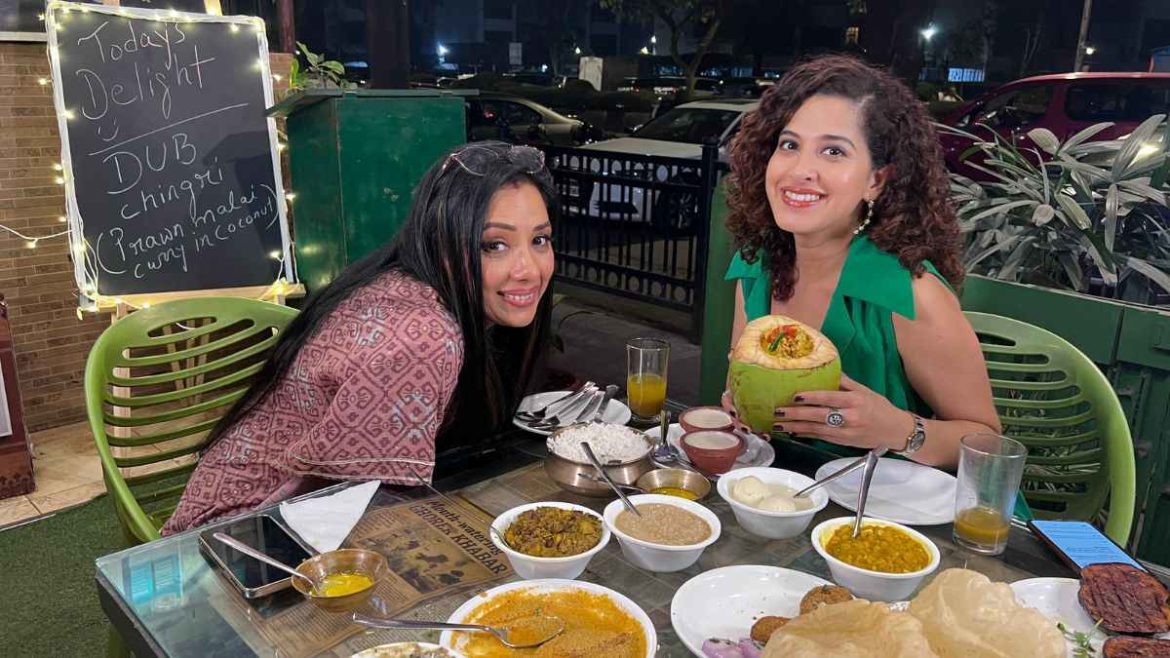 Rupali Ganguly Is A Foodie

Rupali Ganguly described all the food dishes which were served at Calcutta Club. Along with the Bengali names, Rupali even told how the dishes were made, of what and how. She even made Kamiya Jani pronounce a few Bengali names of certain foods and dishes. Well, like usual, Kamiya Jani was spot on with them. And, it sounded adorable coming from a non-Bengali. As they gorged on the dishes, we could totally understand the kind of foodie that Rupali Ganguly is. She even speaks of banana flowers and how Bengalis are obsessed with it.

Well, the table had tons of Bengali delicacies on it, and they devoured all of it to the last bite.

Also Read: Rupali Ganguly Worked As A Waitress And A Sales Girl In A Boutique Before Becoming A Household Name | Curly Tales

Audience Is Addicted To Anupamaa Show

As the duo spoke of the various dishes, and talked about her shoot schedule, Rupali was overjoyed to hear how the audience and even Kamiya’s dad is addicted to Rupali’s show, Anupamaa. Did you know that Rupali Ganguly’s dad is also from the industry and had won national awards for his work? Well, now we know where does she get all the screen presence from. While, Rupali’s dad wanted her to become a singer, or a director, here’s why Rupali chose to become an actor, right from her childhood.