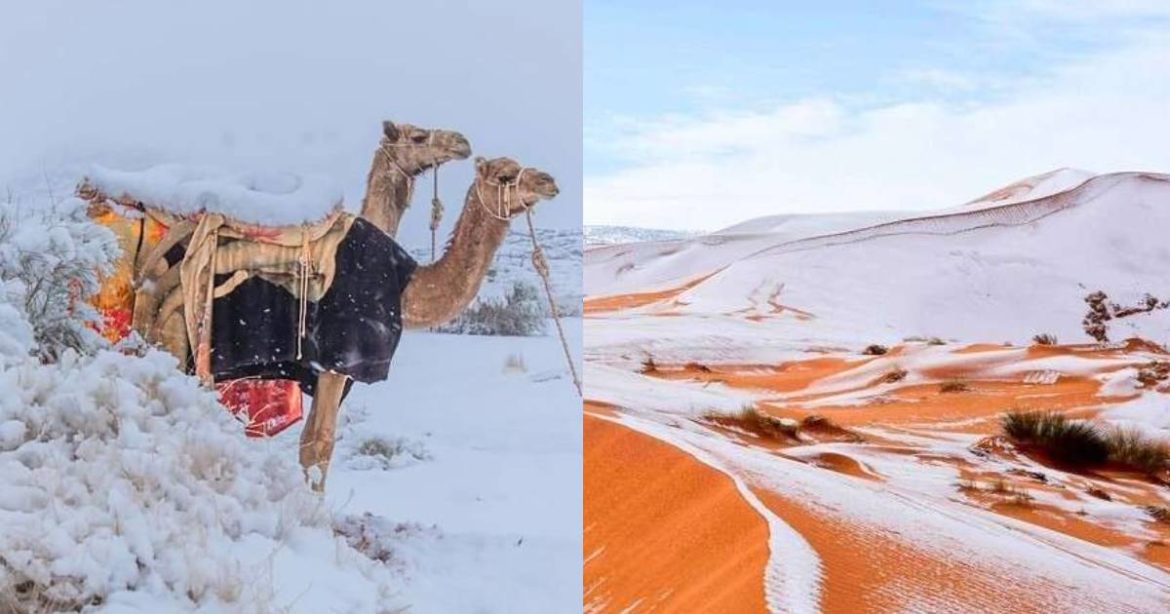 What comes to your mind when you think of a desert? A vast expanse of dunes, sunny day and camel safari. But what happens when you add snow to the mix? This situation can be hard to imagine, right? But it turns out that an icy blast hit the Sahara desert with temperatures dipping below freezing. While January and snow are synonymous, a hot desert receiving snow is undoubtedly unheard of. As unusual as it might seem, it has happened. 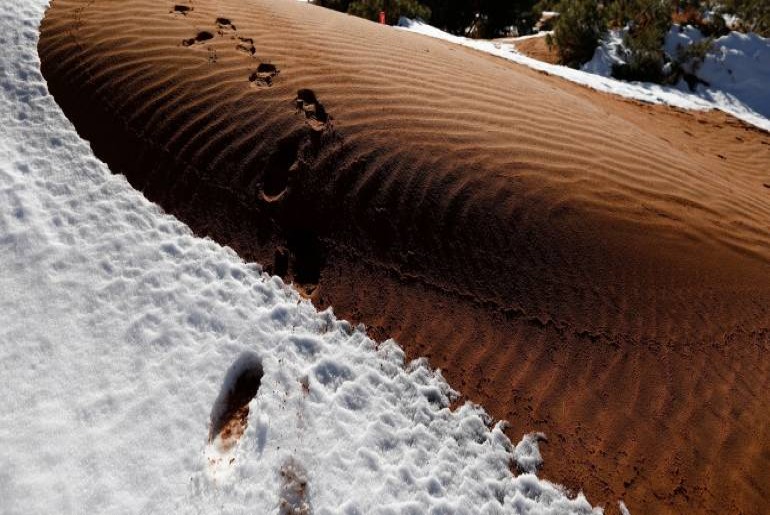 Extreme weather made its way to Africa and the Middle East, and the temperatures have dropped below freezing point. Some parts of the Sahara desert are receiving snow. As the mercury hit 28 degrees Fahrenheit, the snow has blanketed parts of Saudi Arabia. Did You Know That The Most Dangerous Place In The World Is Inside Sahara Desert? 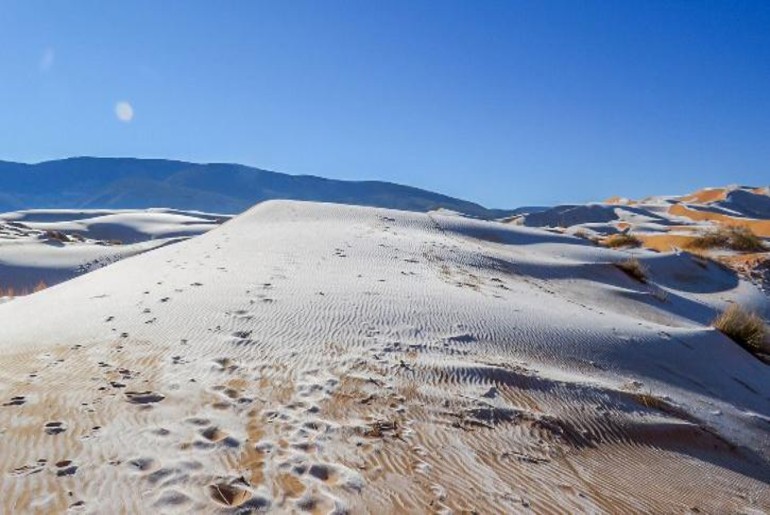 A photographer has captured the ice, and the sand dunes and the pictures are unreal. The photographer has also shared dreamlike images of camels in the Tabuk region in northwestern Saudi Arabia. Tabuk which shares a border with Jordan, experienced unusual weather this month. The uncommon scenes of the desert are surreal. These 6 Desert Camps In Rajasthan Will Bring Your Arabian Nights Fantasy Alive. 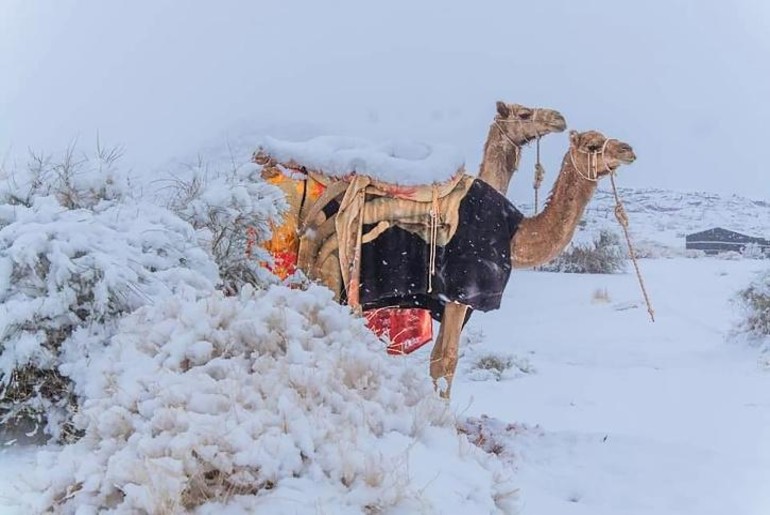 People have enjoyed this unusual diversion from their average highs of up to 50C during the hot season and arid weather in the desert kingdom. Many have also flocked to the nearby desert to catch a glimpse of the snow that had fallen.