Did You Know That The Most Dangerous Place In The World Is Inside Sahara Desert?

Fear is as primal as life, and that’s why there are places that we should never step into. Why? Because they hold secrets that are best kept away from us. Based on a multitude of parameters, there are several hostile places on Earth but to choose one? That is a herculean task but scientists have achieved that and have announced their results. According to scientists the most dangerous place in the world is located inside Africa’s Sahara desert. A team of brave scientists has, much like Hollywood film, uncovered the most dangerous place on earth and that is located in the Sahara desert. The exact location is the Kem Kem Group, an area of Cretaceous rock formations along the Algeria–Morocco border in south-eastern Morocco. The place is located on the north-western edge of the Sahara desert. Scientists have deduced their conclusion based on not just the present-day conditions but also data dating back to the age of dinosaurs. 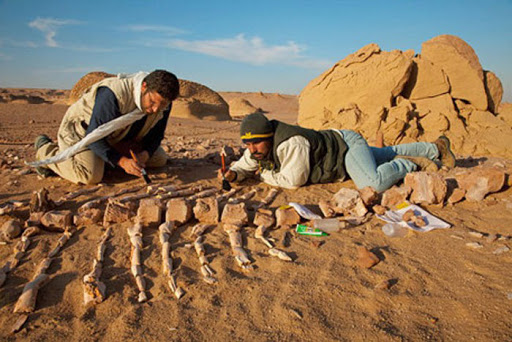 This team of scientists from the University of Portsmouth has reviewed fossils dating back to 100 million years ago in the area and they found trances of ferocious predators, including flying reptiles and crocodile-like hunters. They have concluded that it was the most uninhabitable place in Africa during the ‘Age of Dinosaurs’. Now if that doesn’t sound like the script of the next Jurassic World, then nothing else will. Also Read: The List Of Most Dangerous Countries To Travel To In 2020 Is Out!

This is one of the largest studies of fossil vertebrates in almost a century. And among its findings, were the fossils of three of the largest predatory dinosaurs known to humans. This includes the Carcharodontosaurus, a group of sabre-toothed dinosaurs with enormous jaws and serrated teeth that grew to be eight inches long and Deltadromeus, a group of large raptors with long, slender hind limbs. In the review, Dr. Nizar Ibrahim, Assistant Professor of Biology, University of Detroit Mercy says, “This was arguably the most dangerous place in the history of planet Earth, a place where a human time-traveller would not last very long.” This Is The Longest & The Most Dangerous Highway In The World