70,000 Saplings To Be Planted…
This Hyderabad Couple Is Roadschooling…
Spiti Valley In Himachal To…
Popular Gaming Company SMAAASH Shuts…

70,000 Saplings To Be Planted In Gujarat To Celebrate PM Modi’s 70th Birthday

We all look forward to birthday celebrations right? So when it comes to the birthday bash of Prime Minister Modi you’d probably think he’d celebrate it with an 8 pm address to the nation or maybe we’d clang vessels or light diyas our balconies to literally brighten our Prime Minister’s day. Well, sorry to burst your bubble but its none of the above. Nevertheless, it will be a grander and environment-conscious celebration. The Surat civic body and several associations and business groups are planting 70,000 saplings across the city to mark PM Modi’s 70th birthday which falls on September 70. This green initiative commenced 15 days ago. And will end on September 17 with 70,000 green saplings, rooted to the ground as a beacon of green hope for Gujarat. Amid coronavirus, a Bhopal made a mask with PM Modi’s nose and lips on them.

To mark Prime Minister Narendra Modi’s 70th birthday, Surat civic body and various associations and the business group shall plant 70,000 saplings across the city by September 17. Nirav Shah, Deputy Mayor, Surat City informed ANI“We started this initiative 15 days ago. I think we will be able to plant 70,000 saplings by September 16.” He further added “The Prime Minister always urges everyone to celebrate his birthday by doing an activity which will be beneficial to the people. So this time we have come up with the idea to plant 70,000 saplings across the city which will increase the oxygen and will be beneficial for the future generation,” he added. 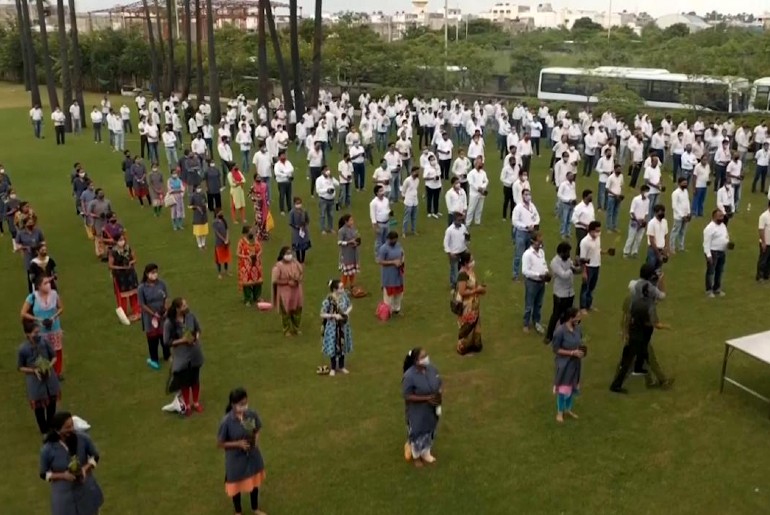 The textile city of Surat came up with this idea to transform the city into a greener and pollution-free destination by planting 70,000 saplings for PM Modi’s 70th birthday which falls on September 17. According to the Deputy Mayor, this initiative started 15 days ago. On September 17, they shall achieve their target of planting 70,000 saplings. But that’s not the end. Post-September 17, citizens will plant more saplings than the target set as its beneficial for the city. 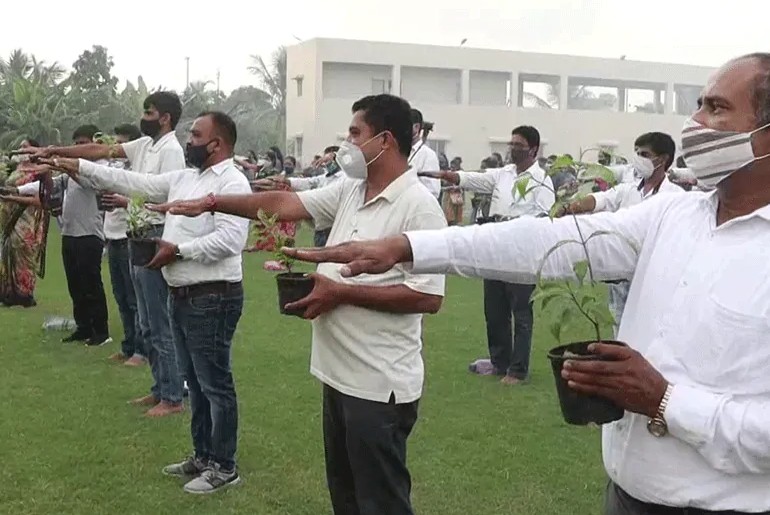 Various associations and business groups joined this initiative. And on September 14, around 500 employees of KP Sanghvi and Sons planted saplings. And pledged to water and conserve them. Jitendra Madhiya, manager, KP Sanghvi and Sons stated to ANI that they planted thousands of saplings. He also informed they urged people to join this intiative on the occasion of PM Modi’s birthday.  Now, go on a virtual tour of Gujarat’s Statue of Unity from your home.