17-Year-Old Boy Cycles 3600Km From…
Top 6 Destinations In India…
Not Norway, This Cabin Is…
6 Gorgeous Resorts In Goa… A 17-year old Maharashtrian boy, Om Mahajan, has become the fastest bicycle rider in India after paddling from Kashmir to Kanyakumari in eight days, seven hours and thirty-eight minutes. Mahajan is from Nashik in Maharashtra and he has travelled a distance of nearly 3,600 kilometres to reach Kanyakumari from Srinagar. He had started his journey in the mid of October at night from Srinagar and crossed various states to finally reach Kanyakumari. Reportedly, near Madhya Pradesh, he also had to go through the rains.  A month ago, we came across a story of a 68-year old woman cycling from Maharashtra to Vaishno Devi.

By travelling from Kashmir to Kanyakumari in eight days, seven hours and thirty-eight minutes, Om Mahajan has broken the record of his Guinness World Records holding uncle, Mahendra Mahajan. Mahendra had been holding the world record for the fastest bicycle ride from Srinagar to Kanyakumari. But Lt Col Bharat Pannu had broken his record, pulling off the journey in eight days and nine hours. And 17-year-old Om Mahajan proved to be faster than Lt Col Pannu, covering the same journey around two and a half hours before. Also, a Kerala man has bagged the Guinness World Record for creating the largest marker pen in the world.

#ommahajan a resident of Nashik, covered the distance of 3,600 km from #srinagar to #kanyakumari on bicycle in 8days 7hrs 38mins breaking the record for the fastest bicycle journey across India. pic.twitter.com/CmGfFvNL12

Also Read: Global Village Breaks Guinness World Records For Having The Most LED Lights On Car

Om Dreamt Of Taking Part In The Race Across America

According to NDTV reports, after reaching Kanyakumari, Om has told PTI, “I was always into cycling, but it was more about sprinting. I began to dream of endurance cycling and taking part in the Race Across America (RAAM) after the lockdown began.” He added, “About six months ago, I began training for the qualifier ride for RAAM which was to happen in November.” His departure to the US had been delayed due to the coronavirus pandemic. So, instead of going for the 600-kilometre qualifier ride, he covered 3600 kilometres in India itself. Om Mahajan is yet to enter the Guinness Book of World Records. 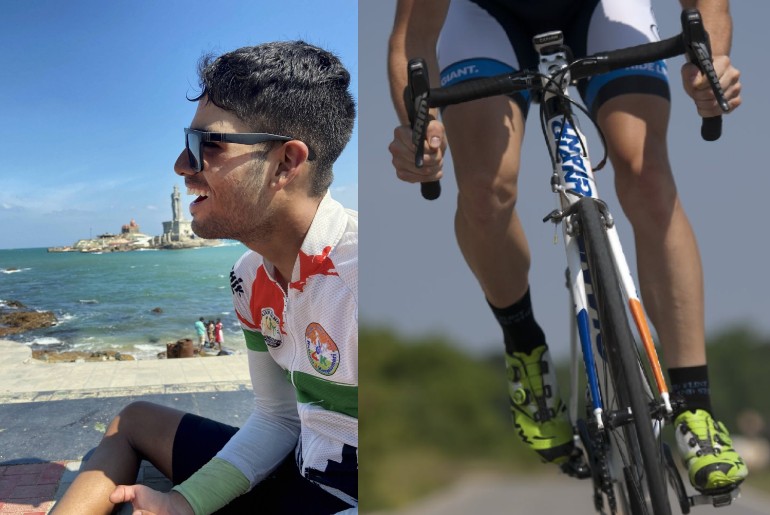