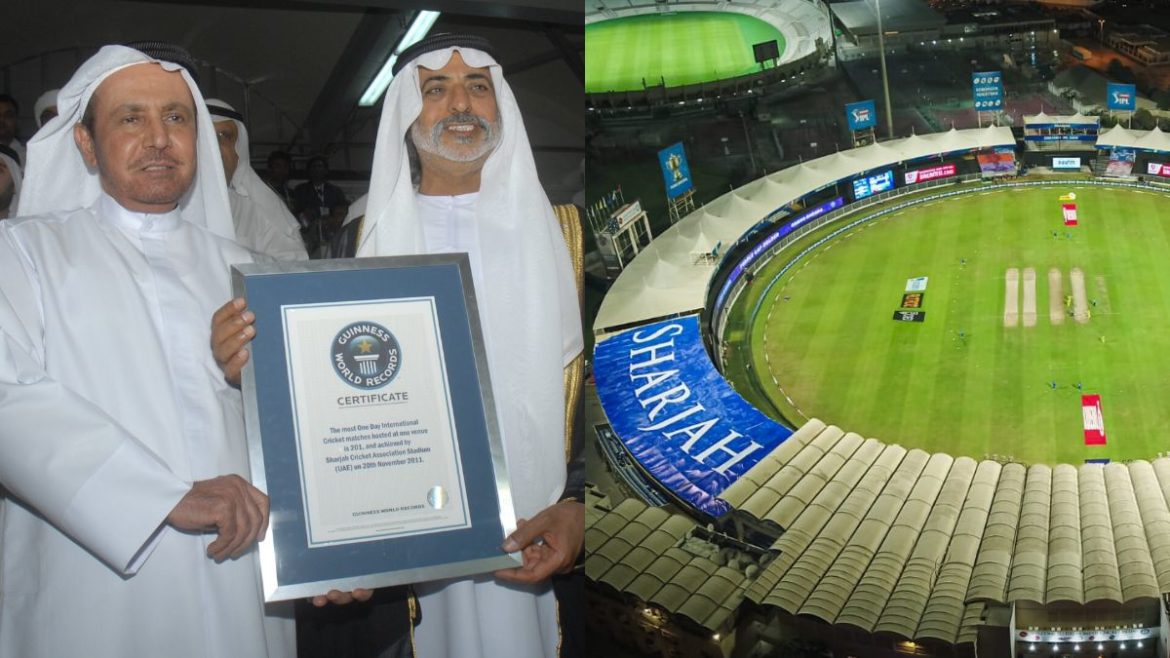 On Saturday, the Sharjah Cricket Stadium hosted its 281st international match. It featured a contest between Sri Lanka and Afghanistan. As a result of hosting a match for the DP World Asia Cup 2022, the stadium surpassed Australia’s Sydney Cricket Ground as the site hosting the most international cricket matches in Guinness World Records. That’s good news for Sharjah! Let’s know more about this cricket Stadium in Sharjah.

There have been a total of 9 Tests, and 28 Twenty20 One-Day Internationals played at the Sharjah stadium. In addition, it has hosted 244 One-Day Internationals, making it the most played ODI venue in history. Breaking two world records is an extraordinary achievement for a stadium in a country that is just an Associate Member of the International Cricket Council.

Abdul Rahman Bukhatir, a Sharjah-based businessman, cricket enthusiast, and former chief of the Asian Cricket Council who introduced cricket fever to the UAE, said he felt “very satisfied” as Sharjah claimed the record thanked the thousands of people who have attended matches over the past 40 years.

Cricket in the United Arab Emirates started in the eighties at Sharjah, in the northern emirate, with invitational matches between India and Pakistan. Abdul Rahman Bukhatir was the inspiration for these gatherings. Before the regular matches of the Cricket Benefit Fund Series began, double-wicket events were held.