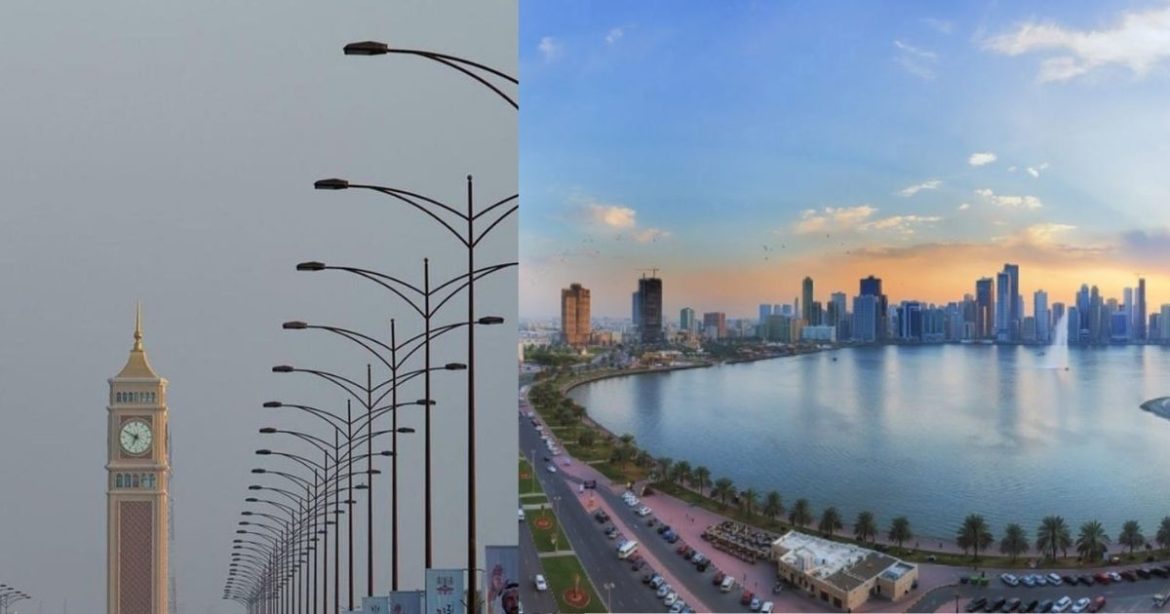 Sharjah is far bigger than Dubai, including both coastlines as well as the Kalba Islands. The Kalba Clock Tower is now open, providing breathtaking views of the city. Sheikh Dr Sultan bin Muhammad Al Qasimi, Sharjah’s Ruler, opened this attraction in Kalba on Thursday. In April, the Ruler lay the foundation stone for the structure. The 60-meter -tall tower features an observation deck that overlooks the town and the sea.

The New Tourist Attraction In Kalba

The tower features two observation decks, one of which is 33 metres high and the other of which is 46 metres high. There are 12 big fountains in the square that symbolise the number of hours. You can find 60 smaller streams that represent the number of minutes. On the first deck, a restaurant invites foodies. The clock face has a diameter of five metres and the tower has seven stories. The attraction in Kalba features a large dome with a golden mosaic and Islamic ornamentation on the front. An area of 2,100 square metres turns into extensive landscaping, and there are now 940 guest parking places along Corniche Street.

This place is home to historic forts, mountains, and mangrove swamps These two Sharjah exclaves, together with Khor Fakkan to the north, are becoming popular tourist sites.

Sharjah built a Dh1 billion ($272 million) road in 2020, cutting the transit time between the exclave and Sharjah city in the west to only an hour, rather than 90 minutes.

In addition, the emirate wants to establish a new seaside hotel in Kalba in the near future.
Sharjah has pitched itself as a staycation destination. Expect more people than ever touring the UAE despite the lifting of severe restrictions on foreign travel.

Video: Sharjah Ruler HH Sheikh Dr Sultan bin Muhammad Al Qasimi inaugurates the stunning new clock tower in Kalba. Check out the beautiful features of the tower that can be seen from all parts of the city#Sharjah pic.twitter.com/4PgjOATJhI