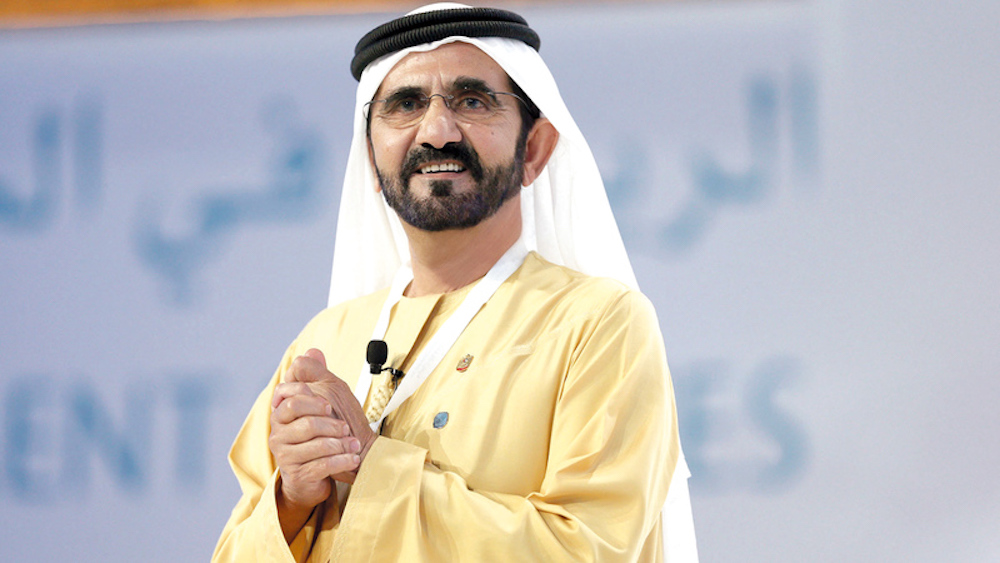 His Majesty The Vice President, Prime Minister, and Ruler of Dubai, Sheikh Mohammed bin Rashid Al Maktoum, has been sighted out and about in the heart of London. The Dubai Ruler, who is now on vacation in the UK, was spotted by Khalid Al Khoori travelling through the roads of the nation’s capital with a group of people.

His Highness was enjoying the winter weather in the UK while dressed casually in black sneakers, white track pants, and a blue shirt. The ruler is out for a vacation with family in the heart of London.

His son, crown prince of Dubai, Sheikh Hamdan, has been updating his Instagram with beautiful pictures of this father-son duo.

He posted a snap of his two kids, Shaikha and Rashid, having fun together in the UK. The twins were shown in the picture’s foreground in a stroller, with their adoring father Sheikh Hamdan and grandfather Sheikh Mohammed in the background.

Dubai Has Become Most Visited Tourist Destination According To Sheikh Hamdan

According to Sheikh Hamdan, the statistics demonstrate the health of the tourism sector and the superiority of Dubai in its business. The national economy depends on the tourism industry. They are still engaging with regional and international partners to improve their capacities and develop new growth opportunities for Dubai.

Dubai was one of the first destinations to resume to travellers in June 2020. The commercial and trading centre of the Middle East. The GDP of the emirate grew by 6.3% in the first 9 months of 2021. However, Emirates NBD predicts that Dubai’s GDP will increase by around 5.5% in 2021, up from its earlier prediction of 4%.

These Are The Top 3 International Airports Of...

Dubai Miracle Garden Is All Set To Open...