Did You Know There Is A Sonia Gandhi Temple in Telangana? 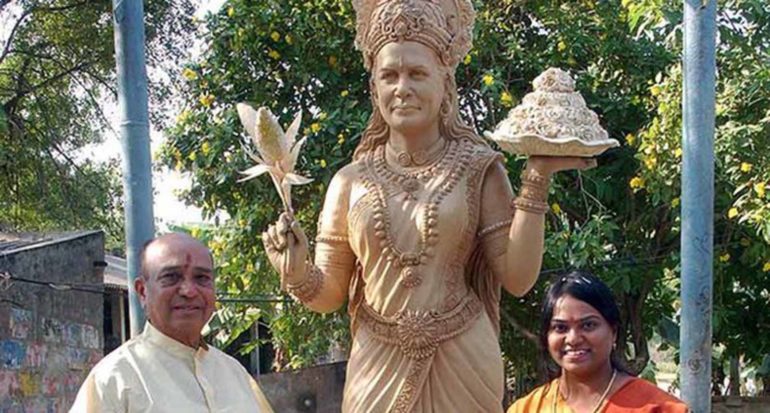 Built in 2014, Sonia Gandhi temple in Karimnagar, Mallail town, Telangana has a 9 feet white marble statue of Respected Sonia Gandhi. Also there are portraits of Rajiv, Rahul and Indhira Gandhi on the walls of the temple. Mr. Shankar Rao, Mr. Ponnam Pabhakar have played a huge role to make this happen.

Former MP Mr. Ponnam Prabhakar said, “Sonia Gandhi is the spirit and inspiration for Telangana. She would remain in the hearts of Telangana people forever. Without her initiation, the Telangana state would not have become reality.” Further, he claims to build a Sonia Gandhi Statue in every assembly segment in Karimnagar. Looks like Telangana has found a new way to acknowledge Sonia Gandhi’s contribution to the state. Also, guess what, you can thank the whole Gandhi family in one temple under one roof.

Also read: The Kal Bhairav Temple In Ujjain Has A Deity That Only Drinks Liquor