Rainbows truly bring together the young and the old. There’s something mystical about rainbows, that no matter how many times we remind ourselves about the scientific reason behind them, they always seem like magic. Well, travel enthusiasts, here are 5 of the best places to spot rainbows in India. So, add them to your wishlist and keep your cameras handy.

Cherrapunjee in Meghalaya is known as the “wettest land-based location on Earth” after it received an average of 11,872 mm of annual rainfall. And that’s 10 times that of India’s national average. So, now you know why Cherrapunjee is the first on this list. With clouds fluffy ready to burst with rainfall on land, you can easily spot rainbows to your heart’s content. You can always head to waterfalls here to get a clearer, more vivid look at the magical rainbow. 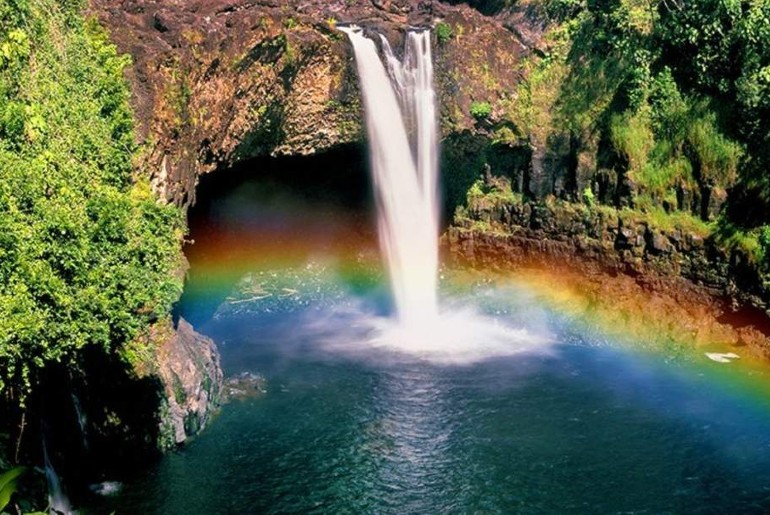 Renowned author, Ruskin Bond described the clouds in Mussoorie as the blackest he’s ever seen. The hailstones resembled marbles and finally, as he continued writing he noticed a rainbow forming. With India’s most popular author beautifully describing the rainbow in Mussoorie, you just have to see it for yourself. Uttarakhand, the ‘Land of Gods’ is blessed with pristine lakes, scenic natural beauty, romantic rains and ofcourse, mesmerising rainbows. 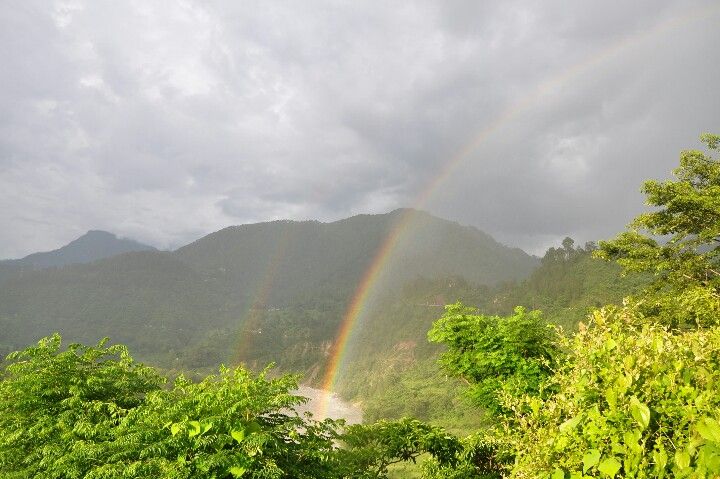 Also Read: The Charming Homestay In Mussoorie Lets You Work From The Mountains In A Dedicated Workspace

Srinagar is one of the best places to spot rainbows in India. The Tulip Garden in Srinagar gives you the chance to witness and celebrate the rainbow on the ground, with hundreds of vibrant tulips blooming in full glory. When it comes to the rainbow in the skies, you can head to Dal Lake or watch it blooming from atop the snow-clad mountains. It’s called heaven on earth for a good reason. 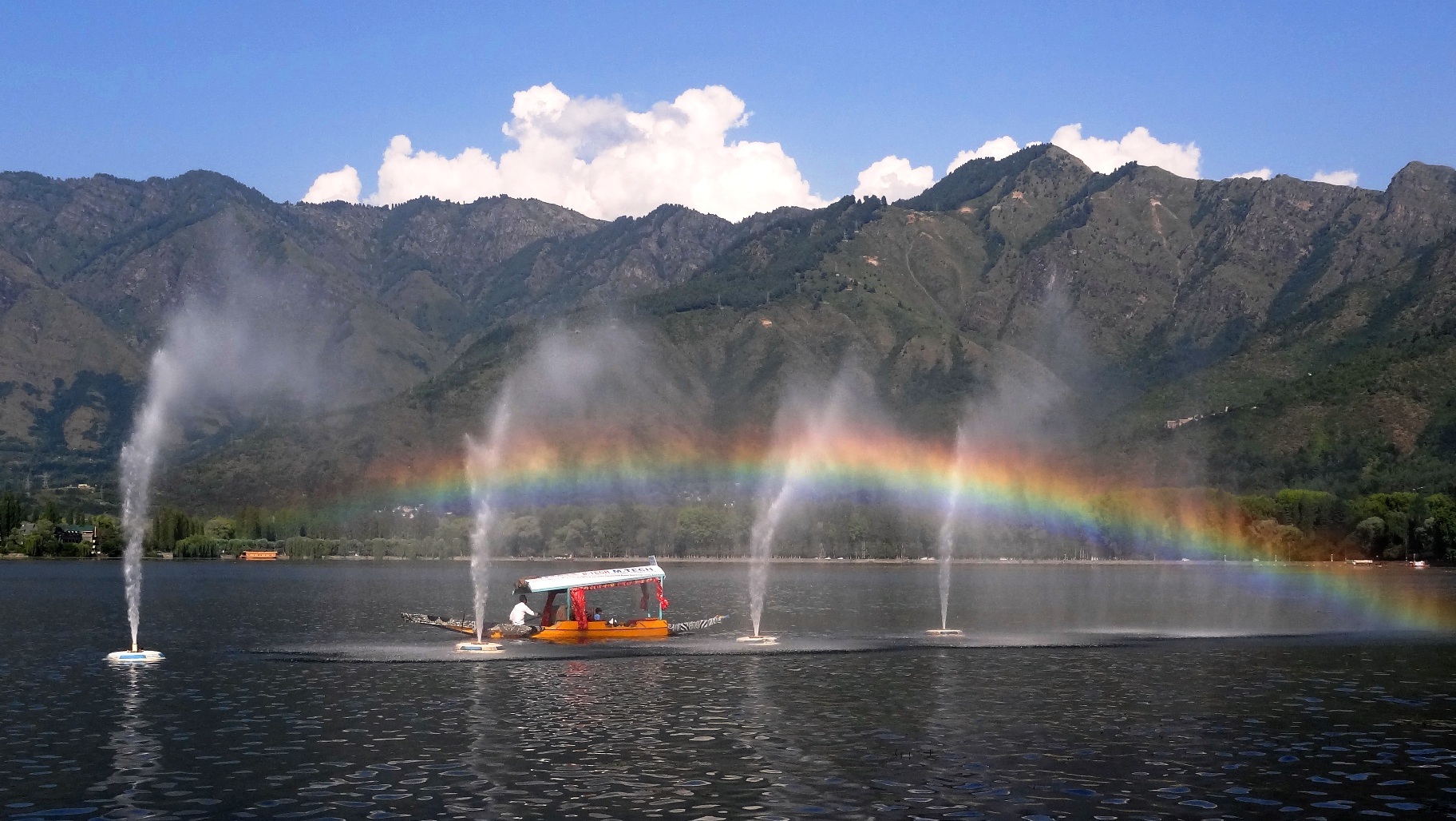 Agumbe is popularly called the ‘Cherrapunjee of Karnataka’. This tiny village surrounded by dense forests witnesses torrential rains during the monsoon season. Places in Agumbe like Koodlu theertha and Barkana falls are some of the best places to witness stunning rainbows. You can go monsoon trekking or a weekend getaway to Agumbe. But don’t forget to carry your cameras to capture the gorgeous moments. 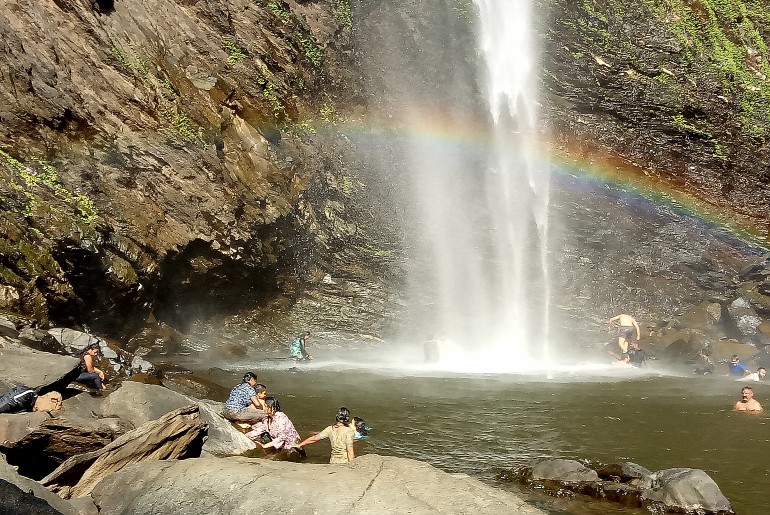 Also Read: 6 Of India’s Highest Waterfalls You Need To Visit At Least Once In Your Life

Apart from Agumbe in Karnataka, Tamil Nadu’s Chinnakallar is also associated with Cherrapunjee. This is due to the heavy rainfall it receives during the rainy season. Chinnakallar is known for its hanging bridge and the majestic elephants that flock to the area. Nestled 25 km from Valparai, Chinnakallar is one of the best places in India to spot rainbows.

So, travel enthusiasts, these were 5 of the best places in India to spot rainbows. Take your cameras, plan your itinerary and of course don’t forget the umbrellas!