Take A Wildlife Safari In…
This Lake In Bangalore Is…
This Kerala Woman Travels The…
Etihad Expects To Fly 2.7…

Take A Wildlife Safari In The Sundarbans, The Largest Mangrove Forest In The World 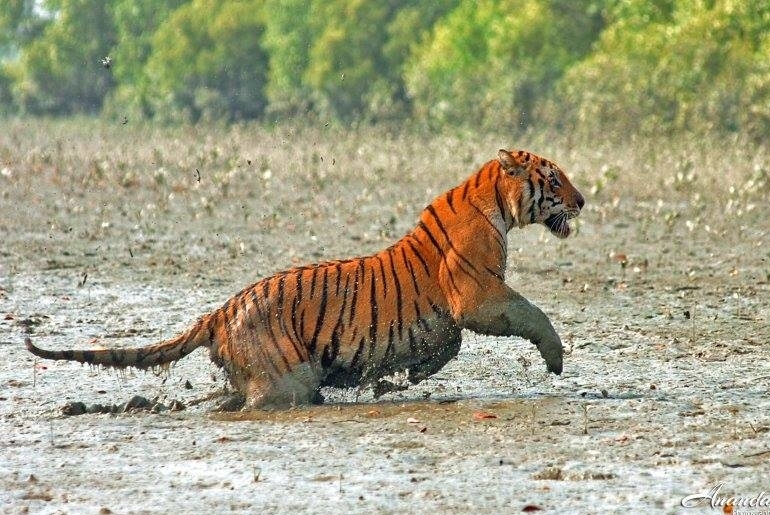 This lockdown might keep you yearning for some fresh air, lush greenery and even wildlife. Well, we have good news for you. Sunderbans Tiger Reserve in West Bengal reopened its doors for tourism in June. But there are restrictions to be followed which includes wearing masks, using sanitisers, keeping an age limit for tourists and even temperature checks. So, now that we piqued your interest, you can plan a wildlife safari in the largest mangrove forest in the world.  Let’s tell you more about Sunderbans so you can also camp amidst nature and its wildlife here.

Sundarbans is a wild terrain along the coast, south of Kolkata and situated at the mouth of the Ganges. It is one of the most unique ecosystems with large mangrove trees and probably the only preserve of the Royal Bengal Tiger which is the main attraction of this forest.

Also read: Spot The Seven Wonders Of The World In Kolkata’s Eco Park The forest has become home to several wild animals and crocodile-infested estuaries. It is also a site of a tiger conservation project which includes a large number of wild tigers. Sunderbans has been declared as UNESCO World Heritage Site that spreads over 54 islands and two countries.

Also Read: Unwind At This Luxurious Wildlife Stay At The Jungle Of Kanha In Madhya Pradesh

Being the biggest colony of the Royal Bengal Tigers, these magnificent creatures can be spotted on one of the most thrilling jungle safaris. The tigers hide in the interiors of the forest and can be difficult to spot, but tracking these man-eaters can be an adventurous experience. You can enjoy camping and set out on a wildlife safari at Sundarban, there are a number of accommodation facilities that you can choose from. Best time to visit the Sunderbans is between September and March. You can experience the wilderness of Sundarbans on foot as well by taking the Honey-Harvest trail, following the local workers as they go in search of looking for honey, the tours start in the month of April.