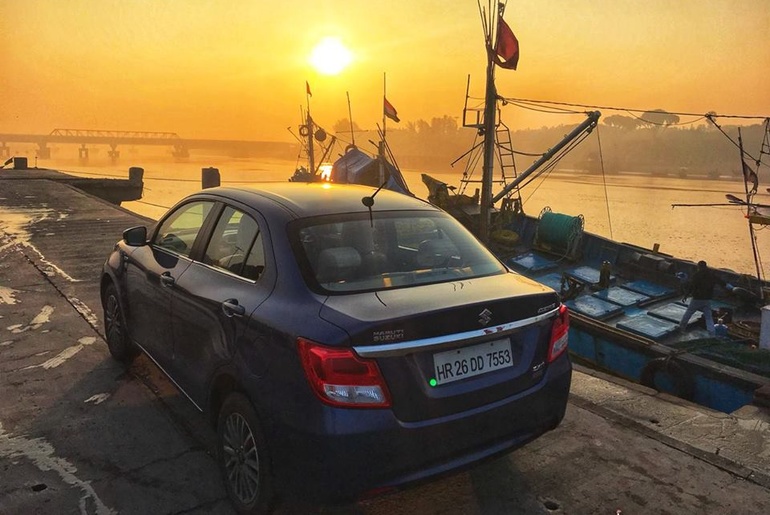 In less than 6 months of its launch in May 2017, the New Maruti Suzuki Dzire crossed the 1 lakh mark in sales – making it the fastest selling car in the Indian automotive industry! The new Dzire is the third-generation model from the Maruti Suzuki Dzire family and clearly, it looks like they’ve hit a hat trick. An accomplishment like that deserves an epic celebration! And that’s exactly what was done.

What better way to celebrate a milestone than driving past a few? The new Dzire set off on a drive along the gorgeous Indian coastline.

Also read: 5 Offbeat Road Trips You Should Take From Delhi This Long Weekend

Think heritage hotels, multi-course meals, music festivals and more. The #DzireCoastalTrail, much like the drive and the new Dzire was brimming with indulgence.

The East Coast Dzire drive started off at Kanyakumari and went on to Rameshwaram, Puducherry, and a few more cities until they finally reached Puri. That’s over 2000 km of sheer indulgence in a car blessed with a roomy cabin and a SmartPlay infotainment system. Pretty cool for a road trip, no?

The West Coast drive flagged off at Kanyakumari and cruised past Mangalore, Goa, Ratnagiri and ended at Daman. The Auto Gear Shift only enhances a smooth drive and that’s all we need for comfort while on different terrains.

This is a car that broke the landmark sales figure of 1 lakh in less than 6 months of its release and this testament has reinforced its value as the most loved car by the masses.